'I missed it': Warner Robins woman recovering from COVID-19 preps for the holidays

We're checking in with Rebecca Chambers, a 38-year-old Warner Robins woman who is on the mend from testing positive for COVID-19. 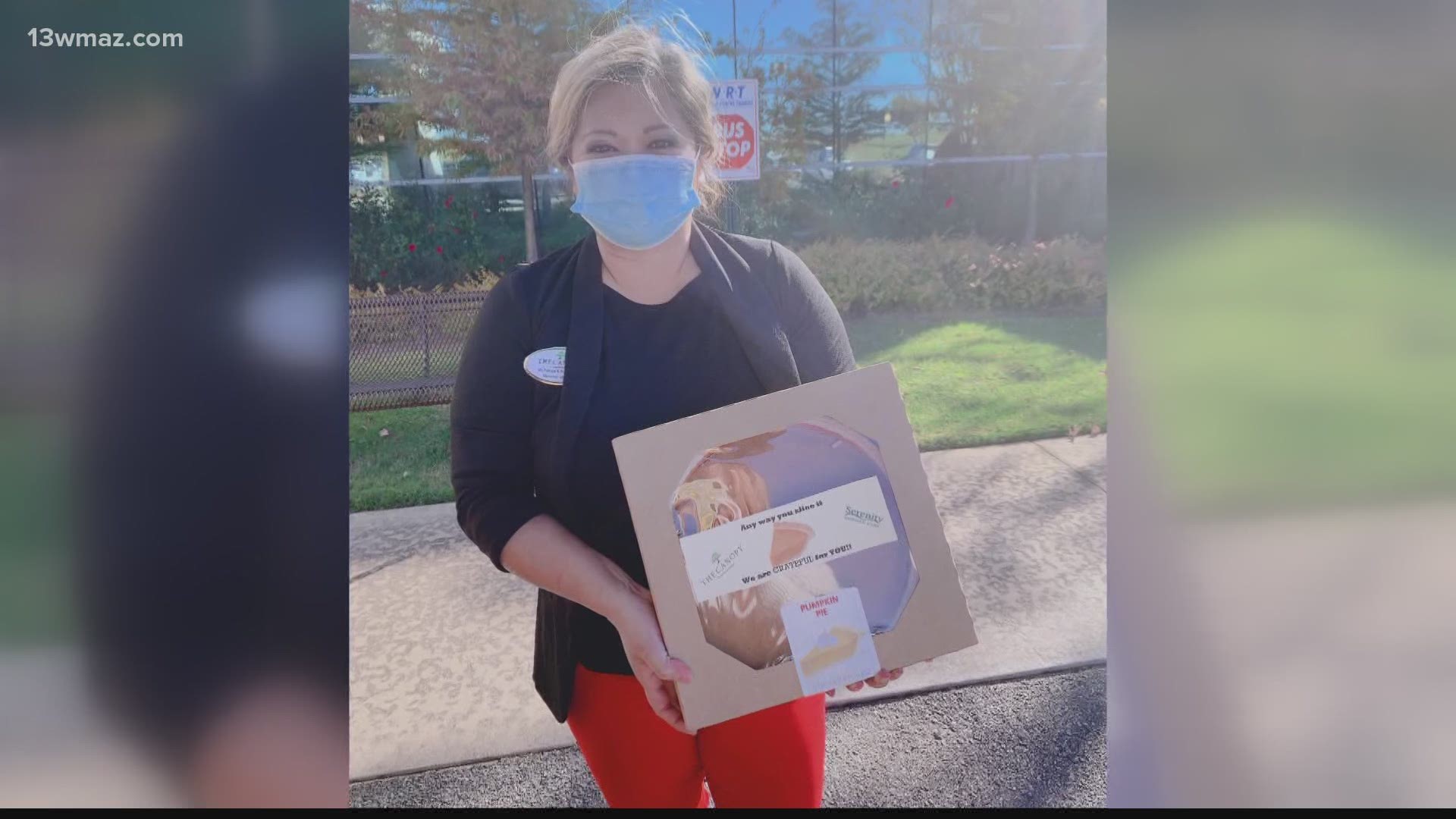 MACON, Ga. — When we first met Rebecca Chambers in October, she just got out of the hospital and was hooked to an oxygen tank 24/7.

"I went from going to the gym once, two times a day, no medications, all healthy," said Chambers, back in October.

Chambers says since then, she was diagnosed with pneumonia and then COPD as a result of COVID-19. But despite that, she was cleared to go back to work this month and she's almost back to her normal routine.

"I was able to wean off of the oxygen completely -- this is actually my second week without oxygen," she says.

She says her real test will be the holidays between staying safe and cooking an entire meal for her family for Thanksgiving.

"I am keeping it very lowkey, not doing anything, no big gatherings or anything like that. Really just going back to work, because I really missed going to work," says Chambers.

"I started cooking this whole week so I'll really get to test my physical abilities between now and tomorrow cooking, something I loved to do and I missed it," she says.

Chambers says this year's gathering will be smaller than usual, but that won't be stopping her from making the same spread.

"I tend to overachieve in everything I do and I love cooking big spreads so I actually have almost 20 dishes we're cooking between appetizers and the main course and dessert," she says.

Chambers says she still has her oxygen tank and uses it only when needed.