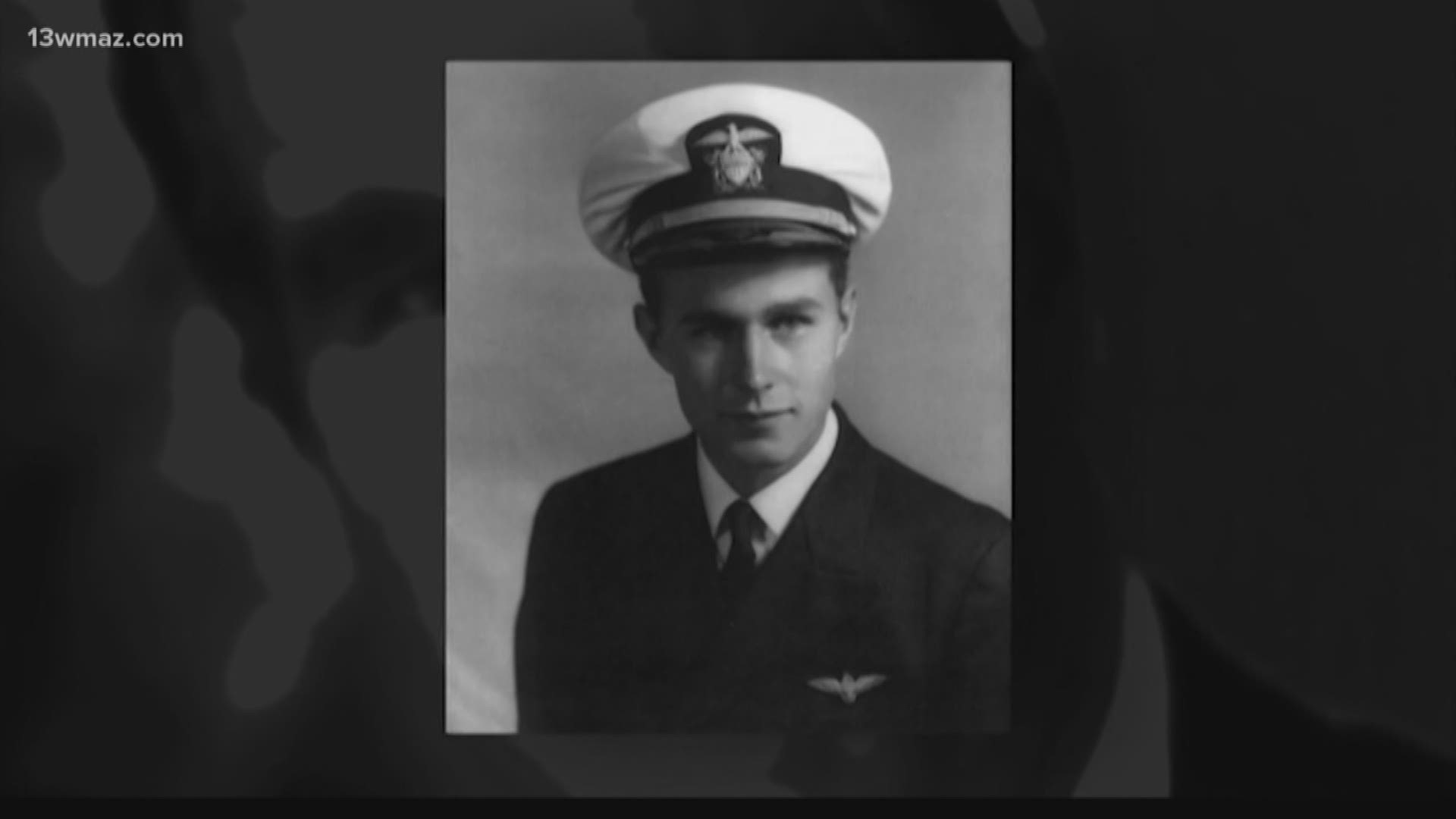 Veterans Thomas Eugene Owens and George Thomas Hunt Jr, are among the shrinking number of people remaining from what's called 'The Greatest Generation.'

The Greatest Generation saw the Great Depression and its effects, then went on to fight for our country in World War II.

Because of their service in WWII, Owens and Hunt have a special connection to 41st President George H.W. Bush that most people will never understand.

"I was a heroic 18-year-old in a Japanese invaded island, and we had to do something about it. We didn't have no idea what war was and what it was about," Owens said.

Owens joined the Army in 1941. He remembers the boat ride over the Atlantic like it was yesterday.

"The German planes was trying to bomb us, they'd fly over," Owens said.

Hunt served 15 years in the Navy.

"I lived in the times that it was tough to live in. Just everyday, it was something different, and you had to work hard," Hunt said.

Owens, Hunt and Bush all served in World War II, and they were all part of the dwindling Greatest Generation.

"I tell you, we lost a great man. He lived up to what he was supposed to as far as I'm concerned," Hunt said.

"He was the best President I ever had I think. For the country, not just for me but for the whole country," Owens said.

Owens and Hunt live in the Georgia War Veterans Home in Milledgeville.

Owens is 94-years-old, the same age as Bush when he passed. Hunt will celebrate his 100th birthday on December 11.