11-year-old Raegan has lost family members during the pandemic, and it inspired her to give chocolate to the healthcare workers who took care of them 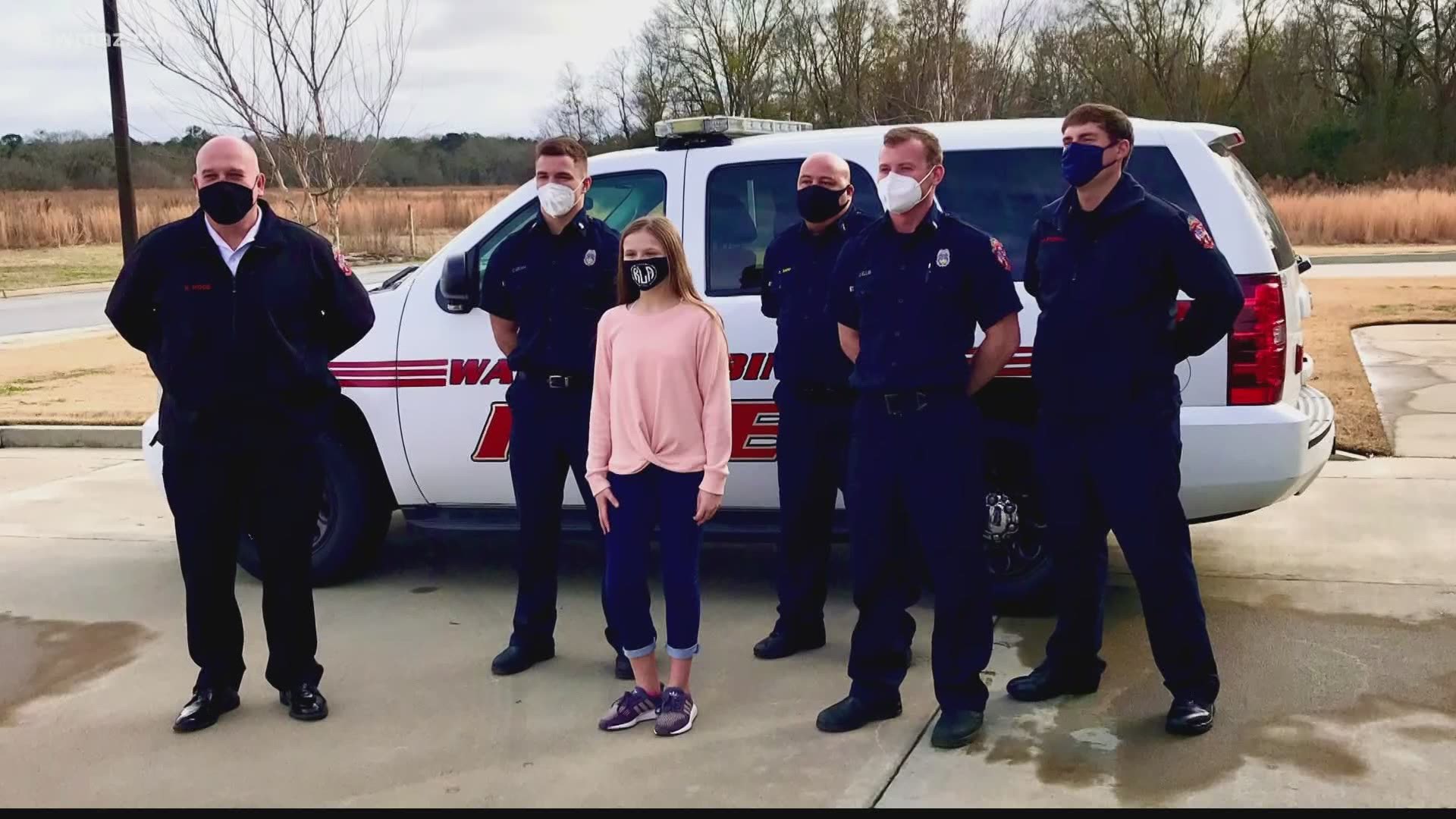 HOUSTON COUNTY, Ga. — Nurses, doctors, janitors and ambulance drivers are just some of the great people working hard right now during the pandemic.

One Houston County 11-year-old took note and is thanking those frontline workers in a very sweet way.

Raegan Lawrence's family says she's kind of shy, but she got past all that to say thank you to some special people with the help of chocolate.

Lawrence is truly empathetic and she's handled a lot of loss because of COVID-19 over the last year.

"I couldn't be with my grandfather, but we were able to call him right before he passed away," she said. "The nurses risked their lives to let them know they're there."

Her great-grandfather passed away -- they called him Papa Frank. Then Aunt Annette passed and finally Aunt Sheila.

He watched his daughter grieve, but through all that emotion, she got an idea with those chocolate bars she was selling.

"It says 'World's Finest Chocolate' and I said 'Oh, that sounds like the world's finest people, like the nurses, the ambulances, the hospital people," said Lawrence.

She used all her cash and Christmas money, and made her first stop at Houston Healthcare where she dropped off 300 chocolate bars.

"I thought it was so special at her age. She was really concerned about the welfare of our employees and how hard they're working," said Teri Sica.

"I felt like I was doing something good, but it was so small. I wanted to do more for them," said Lawrence.

So she did, earning more money and buying even more chocolate. She took 120 bars to firefighters.

She spread a little sweetness, came out of her shell, and it might just be helping her through this time of loss.

"They would love me for this even though they're not with me," Lawrence said about the family she had lost.

Allen says he is very proud of his daughter and he definitely had some tears throughout this entire process.

The chocolate bar campaign is over, but Raegan may sell them again next year.

We want to know about the Hidden Heroes in your community, text us a picture of them at 478-752-1309. Make sure to include a little information about who they are and why you think they are a Hidden Hero.

Here's how you can donate Girl Scout cookies to troops, frontline workers