Yes, fish jugging is legal on some lakes in Georgia

The Department of Natural Resources encourages you to remove the jugs at the end of the fishing day, and avoid areas popular with recreational boaters. 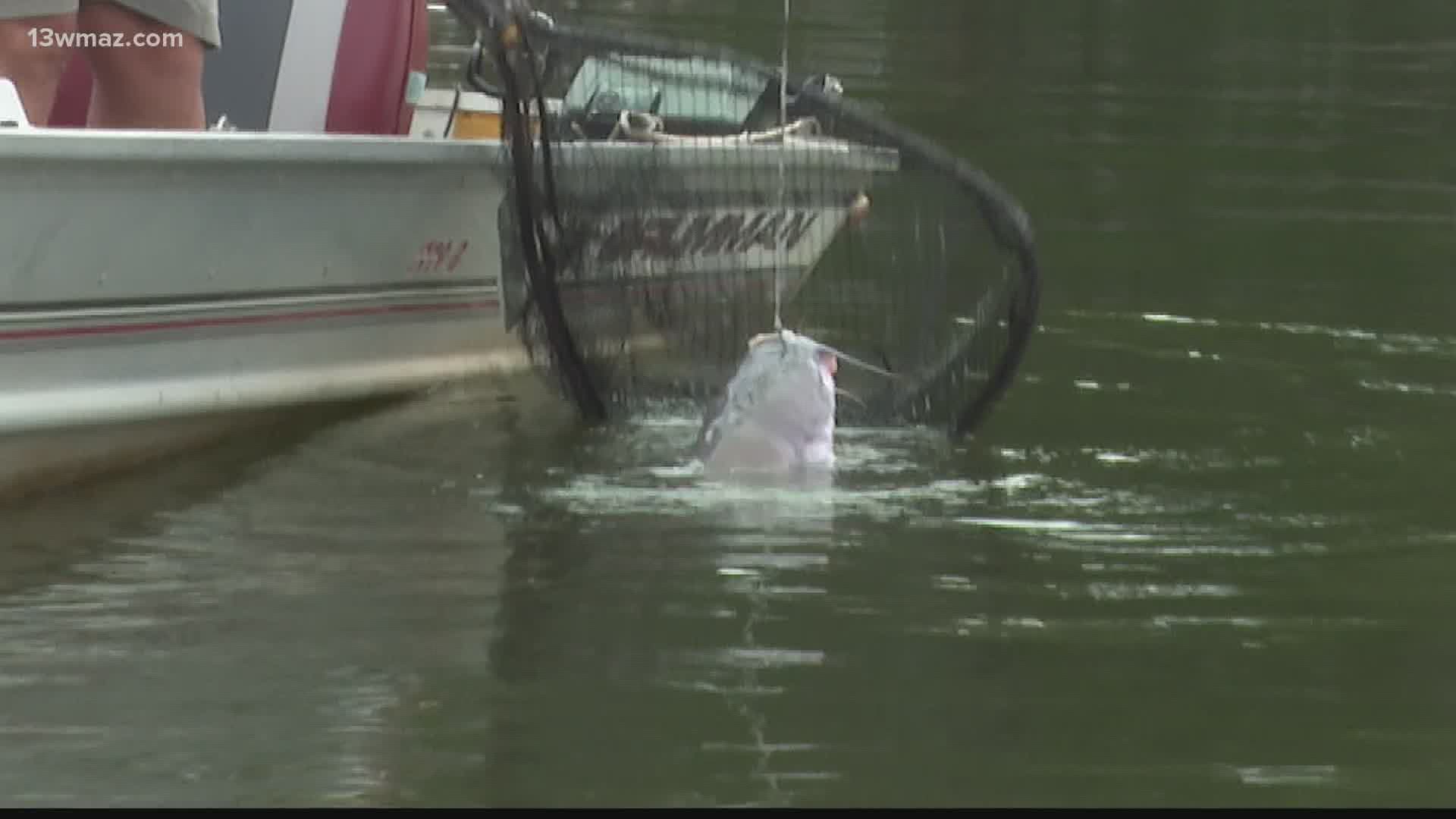 MILLEDGEVILLE, Ga. — When you think of fishing, you probably think of a rod and reel. Right now, there are people going after the big one with something you might be surprised by -- milk jugs.

That's leading to questions on Facebook groups, especially around Lake Sinclair about whether it's legal to use the jugs.

"Usually the fish are bigger than what you catch on a rod and reel," said Joyner.

He's lived on the lake for 21 years with his wife, so he knows what he's doing.

"I usually put them out earlier," said Joyner. "One of the reasons is fish bite better early, and the other is people aren't skiing or boating."

However, according to folks on Lake Sinclair Facebook groups, not all juggers are as considerate.

Sheila Davidson told me her grandson nearly caught his foot on one.

"My grandson and us were out there swimming and he didn't know about the noodles or what's on the end of the noodles," said Davidson. "I hollered at him and told him to leave it alone and just to stand still."

Bill DeArmon says a jug line tangled in his propeller, costing him $135 and a three-hour wait for a tow.

So, is jugging on lakes in Georgia legal?

"Yes, it is legal to jug on a lake in Georgia. The only exception Lake Tobesofkee in Macon and any Georgia State Park Lake, you're not allowed to jug on, but any other body of water or lake in Georgia, you're more than welcome to jug," Burns  said.

So, the answer is yes.

It is legal to jug fish in Georgia, except for Lake Tobesofkee and Georgia State Park Lakes.

"If you have them shallow, and a child is skiing and falls on them, you have the potential of them getting hooked," said Joyner. "So again, you just have to be considerate of one another."

So, the Department of Natural Resources encourages you to check them regularly.

The Department of Natural Resources also encourages you to remove the jugs at the end of the fishing day, and avoid areas popular with recreational boaters.