A mother, father, and son trio all make up a Warner Robins family that work at the police department. 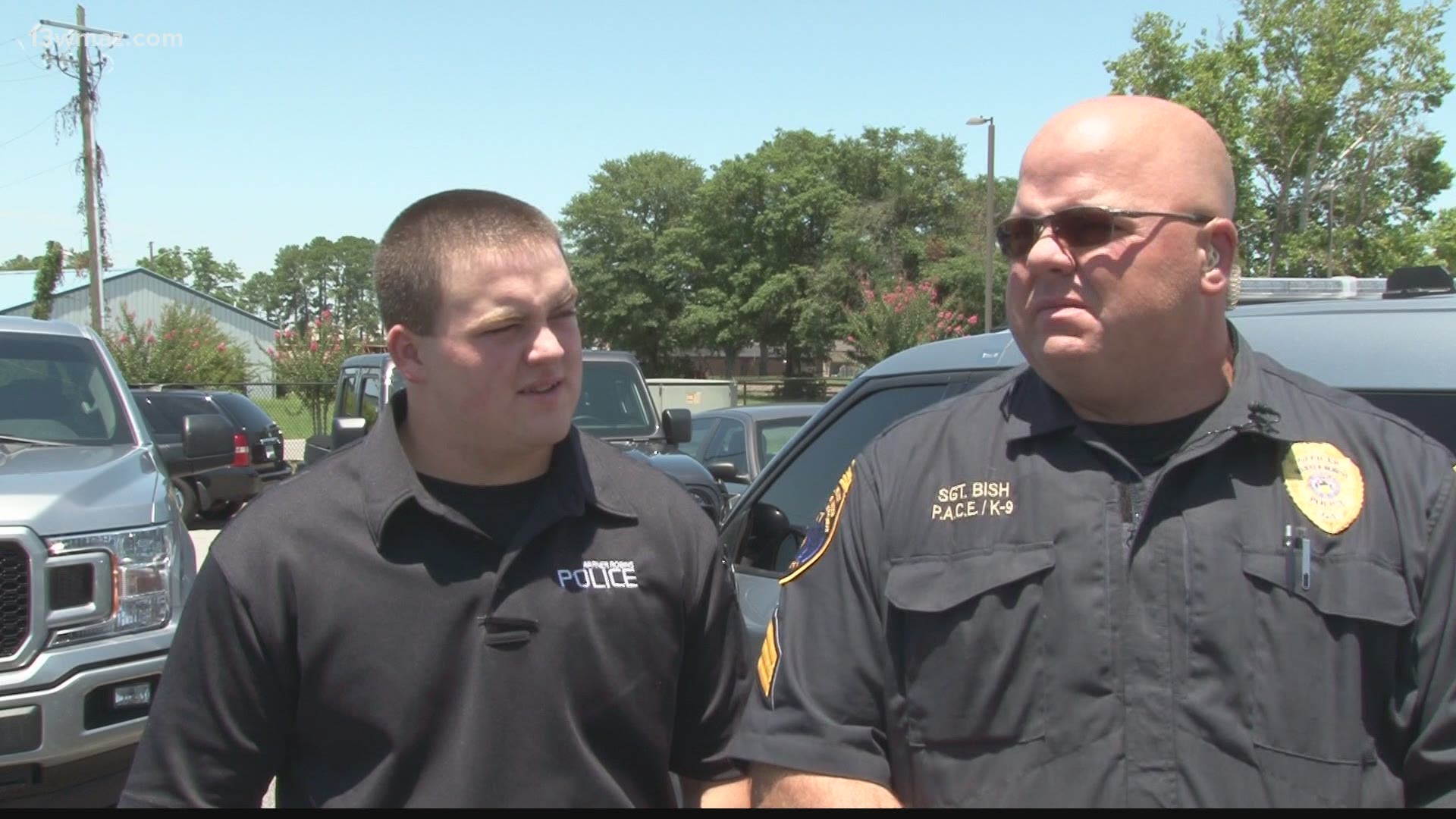 WARNER ROBINS, Ga. — James and Hope Bish have been married for 22 years. They share four children and the same workplace -- the Warner Robins Police Department.

"There was an opening here for the records department, which is where I started, so it just made sense to come somewhere that I know everybody here. He had already been here for 13 years or so before I started," she said.

James Bish is a K-9 Sergeant and has been with the force for more than 20 years.

Hope was a stay-at-home mom who decided to work there because she knew about the department. While couples often share a place of work, the Bishes now are welcoming in their son, who happens to be a new recruit.

"It's a calling. You can't deny a calling. It just kind of happened and it feels right," he explains.

Sam Bish is one of their four children and a soon-to-be third-generation officer.

After years both in and around law enforcement, his parents have their feelings about the decision.

"I have mixed feelings. I am very proud of my husband and what he does, but it's just a different time right now," she said.

Despite her fear of potential danger, the 21-year-old says he feels he's found his way.

"This is something I've been around for forever and essentially since as long as I can remember, so it just kind of made sense," he said.

But his dad is still guiding him with advice.

"My best advice is, 'People matter.' It doesn't matter if you're taking them to jail, or domestic, or helping somebody with a flat tire -- people matter," he said.