'You have to stay observant:' Jones sheriff urges safe driving after 2 die in Highway 49 crash

Sheriff Butch Reece of the Jones County Sheriff's Office says distracted driving causes many accidents and can be avoided. 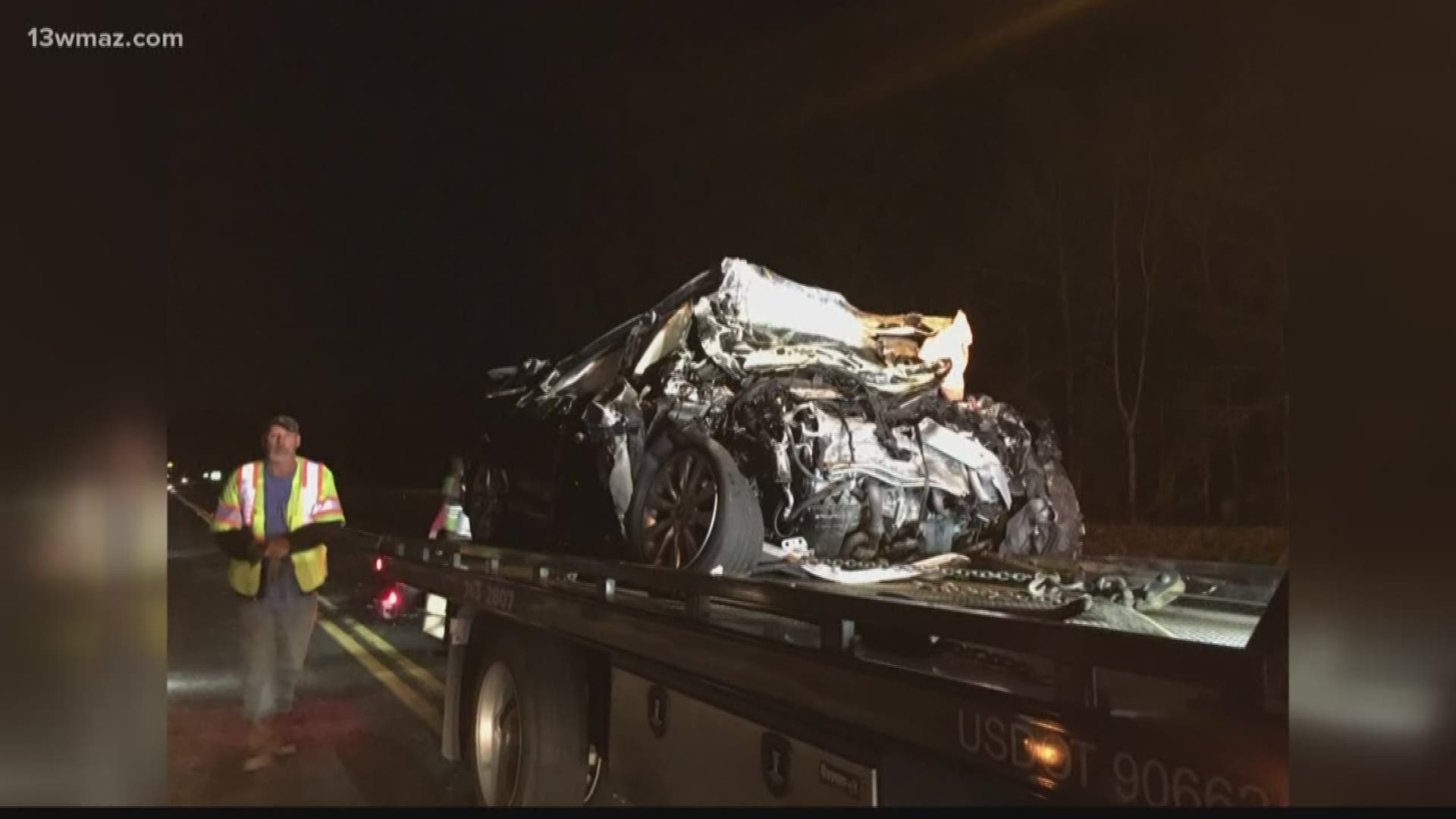 Two people died in car accident at the Jones-Baldwin County line Tuesday evening. It's a sober reminder of how deadly the roadways can be during the holiday season. Research from the National Safety Council shows the risk of a fatal crash is three times greater at night than driving any other time of the day.

Jones County Sheriff Butch Reece says the main culprit of car accidents is distracted driving that can be avoided.

On Tuesday around 5:15 p.m., the Jones County Sheriff's Office got a call of a car crash on Highway 49. Sheriff Reece says two cars were traveling and collided.

"As I said, two people died and one person has been airlifted to the hospital," said Sheriff Reece.

Sheriff Reece says the accident involved a pickup truck and a smaller car driving between Bowen Hill Road and the Jones and Baldwin County line. Before those two cars collided, another car was clipped. That driver was airlifted to the Medical Center, Navicent Health.

"Through here, it's very dark and there is a lot of traffic, so you have to stay observant," said Sheriff Reece.

Some people are driving in or out of town for the holidays. Research shows driving at night can be even more dangerous. Out in Bibb County, the coroner's office says the roads can be a dangerous place in November and December. In 2015, two people were killed on Bibb County roads in a span of one week. In 2016, that number climbed to three people. In 2017, between Thanksgiving and the day after Christmas, five people were killed in crashes. There are some things to keep in mind for safer driving.

"Stay off your telephone and don't text. I don't know if that was the cause of this accident, but we see that often," said Sheriff Reece.

"There's no indication at this point that this was a deer accident, but it was certainly human error with someone passing where they shouldn't have been passing," said Sheriff Reece.

Sheriff Reece says they are still investigating the crash.