'You took him all over again': Centerville woman searching for late father's boat after it was stolen 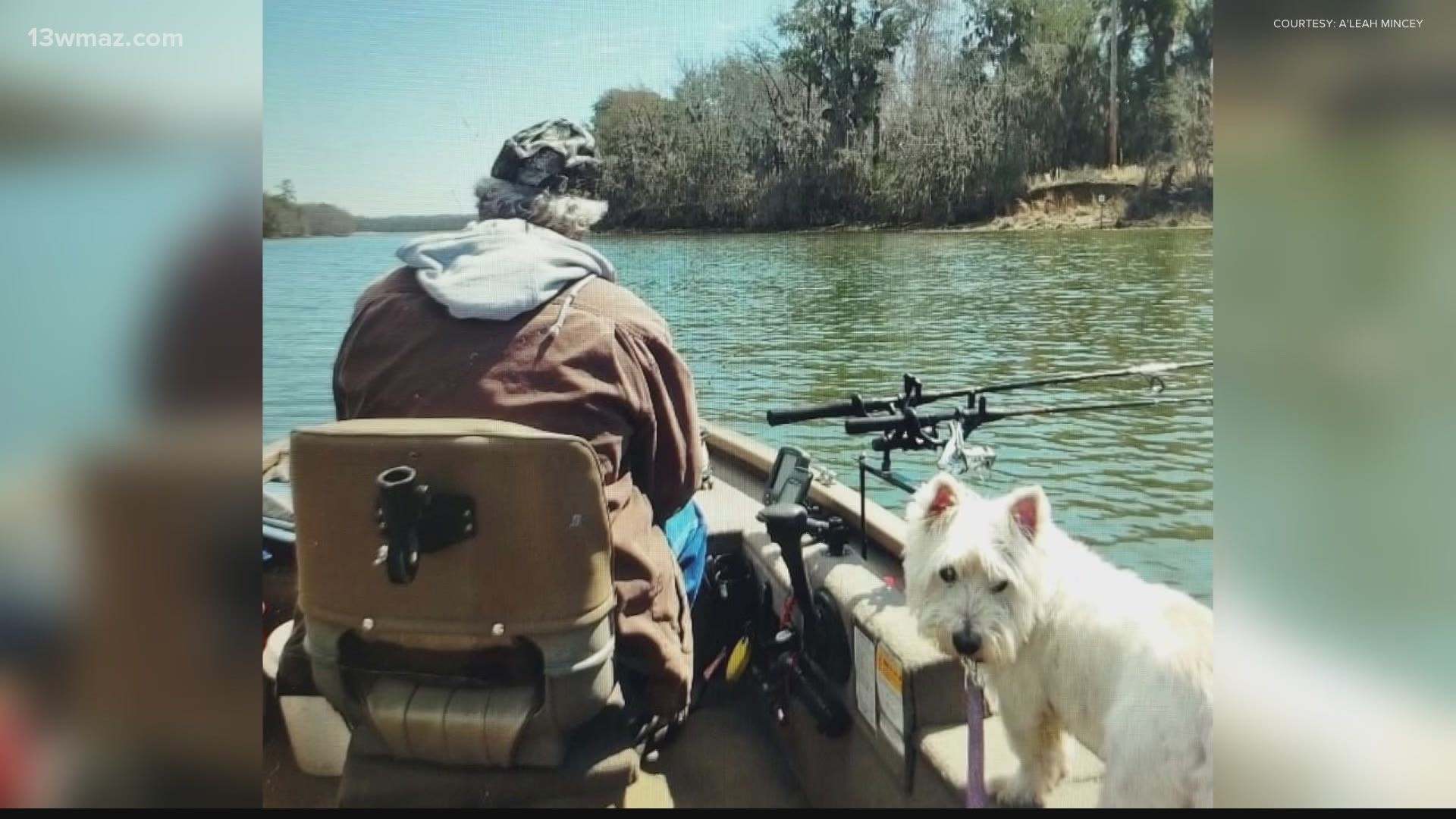 CENTERVILLE, Ga. — A Centerville woman is asking the thieves who stole her late father's fishing boat to bring it back.

A'Leah Mincey got a call Friday afternoon that her boat was missing from her garage.

"I came home hoping it was a bad dream, only to find out that it was actually gone."

But it wasn't just any fishing boat. It belonged to her father, who died from cancer six years ago.

"We have great memories of my mom and my dad and I riding the lakes all over Georgia," she says.

Her neighbor's security camera captured a white Ford F-150 driving out of the neighborhood with the boat attached around 11:45 a.m. on May 14th.

"I've been sad. I've obviously been mad, but it still just goes back to that just deep, gut-checking sadness -- that, you know, 'He's not here and now his boat isn't here either.'"

Inside that boat were precious memories, now gone.

"It's got all of his old boat registration, his sunglasses, his hats."

She says it was still set up with all of his gear as if he were going to take it out fishing on Saturday.

Now, she's working with the Centerville Police Department, the Houston County Sheriff's Office, and over 700 people on Facebook to get it all back.

"Just bring it back, hopefully intact, not damaged or destroyed with everything in it because that's really what matters is the contents of the boat. I just... gosh. You took the boat and it's like you took him all over again."

If you have any information, you can call Centerville Police Department at 478-953-4222.

Mincey describes the boat as an '07 Fisher Marine with red and silver reflective vinyl Georgia boat numbers and tan carpet.