Lonnie Shaw acquitted after being shot by Peach County deputy

Jurors listened to three days of arguments before coming to their decision in about an hour. 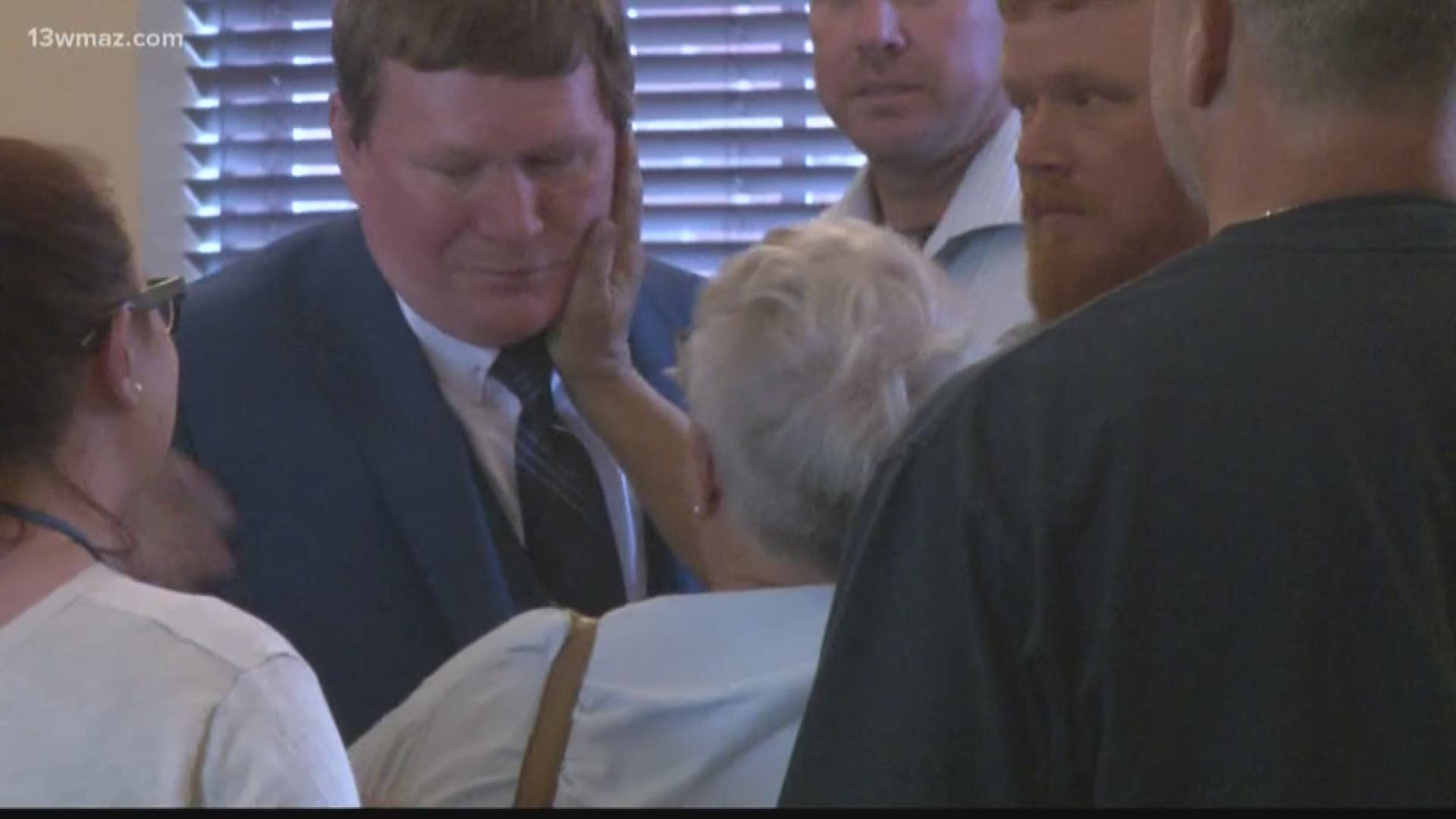 Shaw was charged with aggravated assault on a peace officer and possession of a firearm during commission of a felony for brandishing a handgun at Peach County Deputy, Brandon Williams in May 2016.

But Friday evening, after only an hour of deliberating, the jury acquitted Shaw.

"Words can't explain it. I'm just as happy as can be," Shaw told 13 WMAZ after Judge David Mincey read the verdict. "I'm glad they listened to the truth."

Shaw's attorney, Torris Butterfield, said the case weighed on him for nearly 3 years.

"Having these charges over him has been pressure every single day... until that jury said, 'not guilty,'" said Butterfield.

On Friday, Shaw testified he wouldn't have taken a gun to the door with him if he had known deputies were on his porch.

The state alleged he did know—because his wife told GBI agents she saw deputies on their home surveillance video monitor. Shaw says he never heard her say that.

“While we respect the jury’s verdict, we stand by the evidence we presented in this case. Mr. Shaw is fortunate to have his freedom, and that his injuries weren’t more severe after he chose to answer the door holding a gun knowing police officers were on the other side. Our men and women in law enforcement have a right to protect themselves so they can return home to their families each night. Intentionally bringing a gun to greet these officers could have resulted in the loss of multiple lives. I am grateful no one died.”

Butterfield says he filed a document for his client with an "intent to sue" before the case went to trial. Now that Shaw has been acquitted, he says they'll be discussing their options. 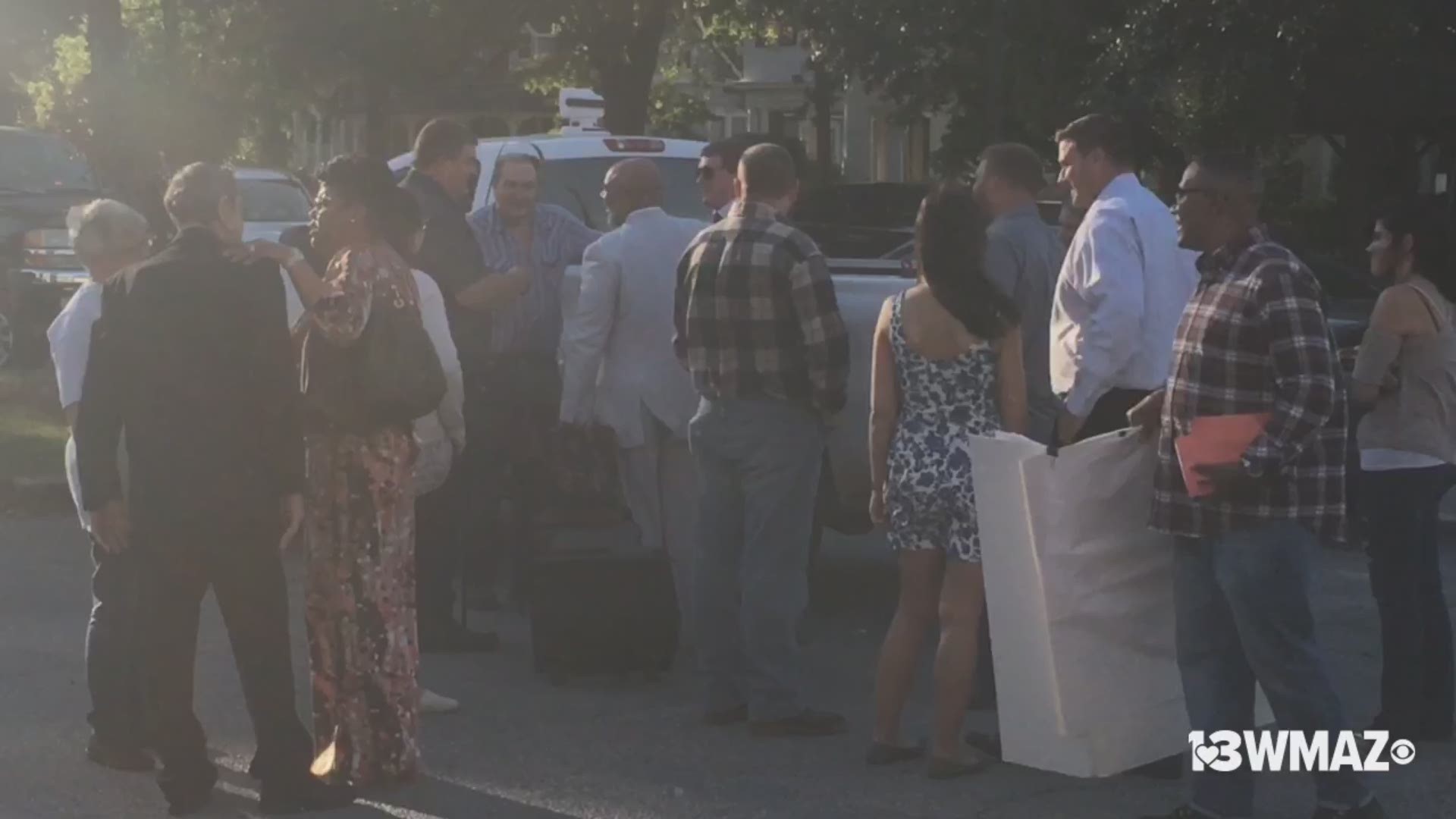 TIMELINE | A brief history of the Lonnie Shaw case

Here’s a quick recap on the case history, abridged from the story mentioned above:

On May 31, 2016, Lonnie Shaw was shot by Peach County deputy, Brandon Williams, on his doorstep around 3 a.m.

Police said Shaw drew his weapon first. But he says he never pointed his gun at them.

Days later, the reason why officers showed up at his house was released.

They were sent to investigate after Shaw's stepson showed up to the hospital with a gunshot wound.

In September 2016, District Attorney David Cooke decided not to charge Williams, charging Shaw instead with aggravated assault for pointing a weapon at the deputy.

In August 2018, Shaw was re-indicted and a the second charge was added. The wording about his conduct in the aggravated assault charge also changed. The new indictment said Shaw brandished a handgun at the deputy-- not pointed.

In February 2019, Shaw released his home surveillance footage from that night to 13WMAZ.

It doesn't appear to show that the deputies gave Shaw any verbal orders, like telling him to drop the gun. 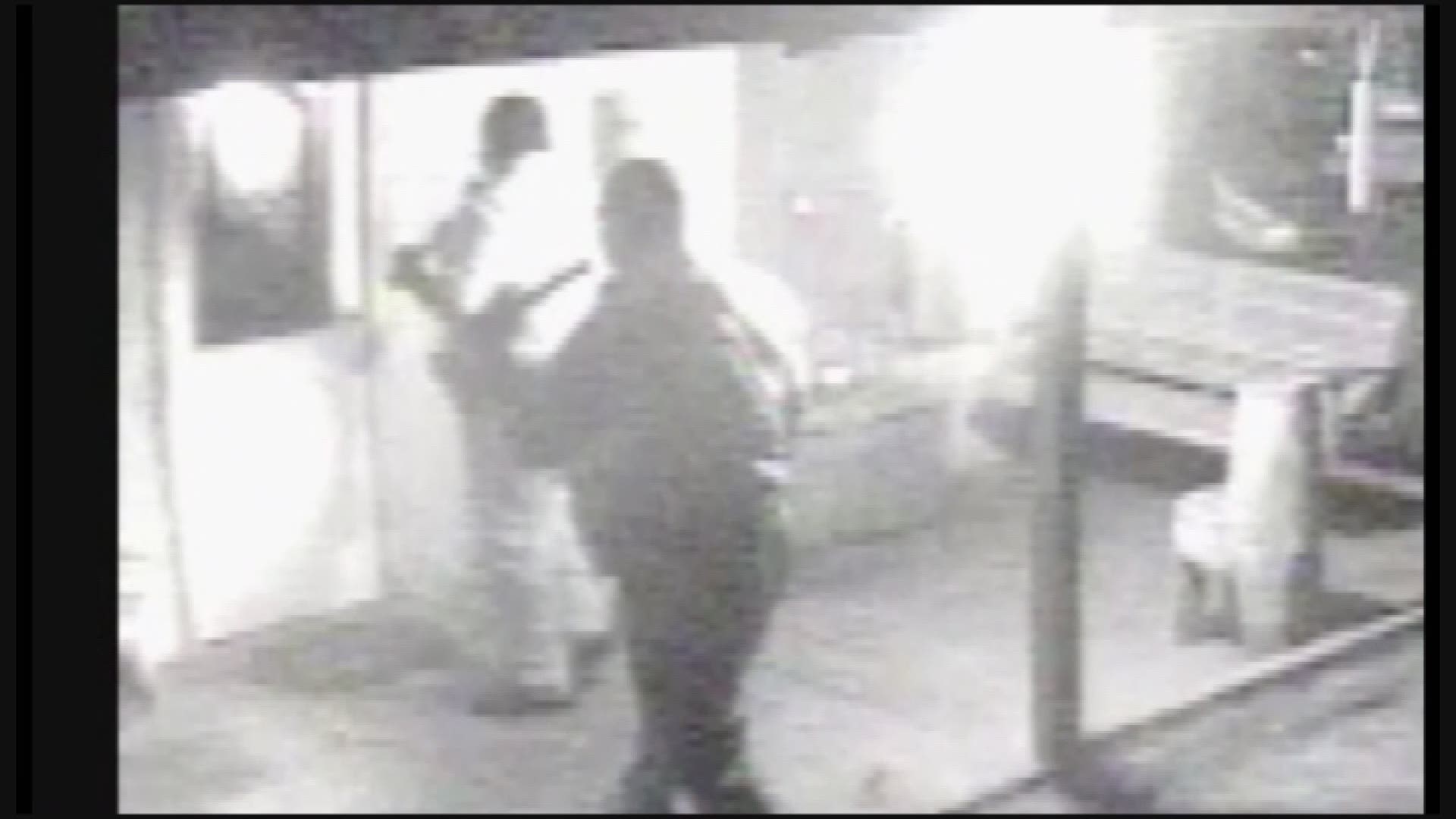 Shaw also gave 13WMAZ video obtained by his lawyer that appears to show Deputy Williams' interview with the GBI.

Williams tells the agent that Shaw 'spun around' to get a better view of him and his partner.

"He was going to shoot me or my partner, I was scared," said Williams. "He was coming up and beginning to point... and then he turned his body like this like he was trying to get to the other side to get like a better shot on us."

But the video never shows Shaw spinning around.

Fast forward to April, when the trial began.

Shaw could've face a maximum sentence of 25 years in prison if found guilty on both counts.