People waited in line for hours hoping for a chance to interview with big companies in the job fair. 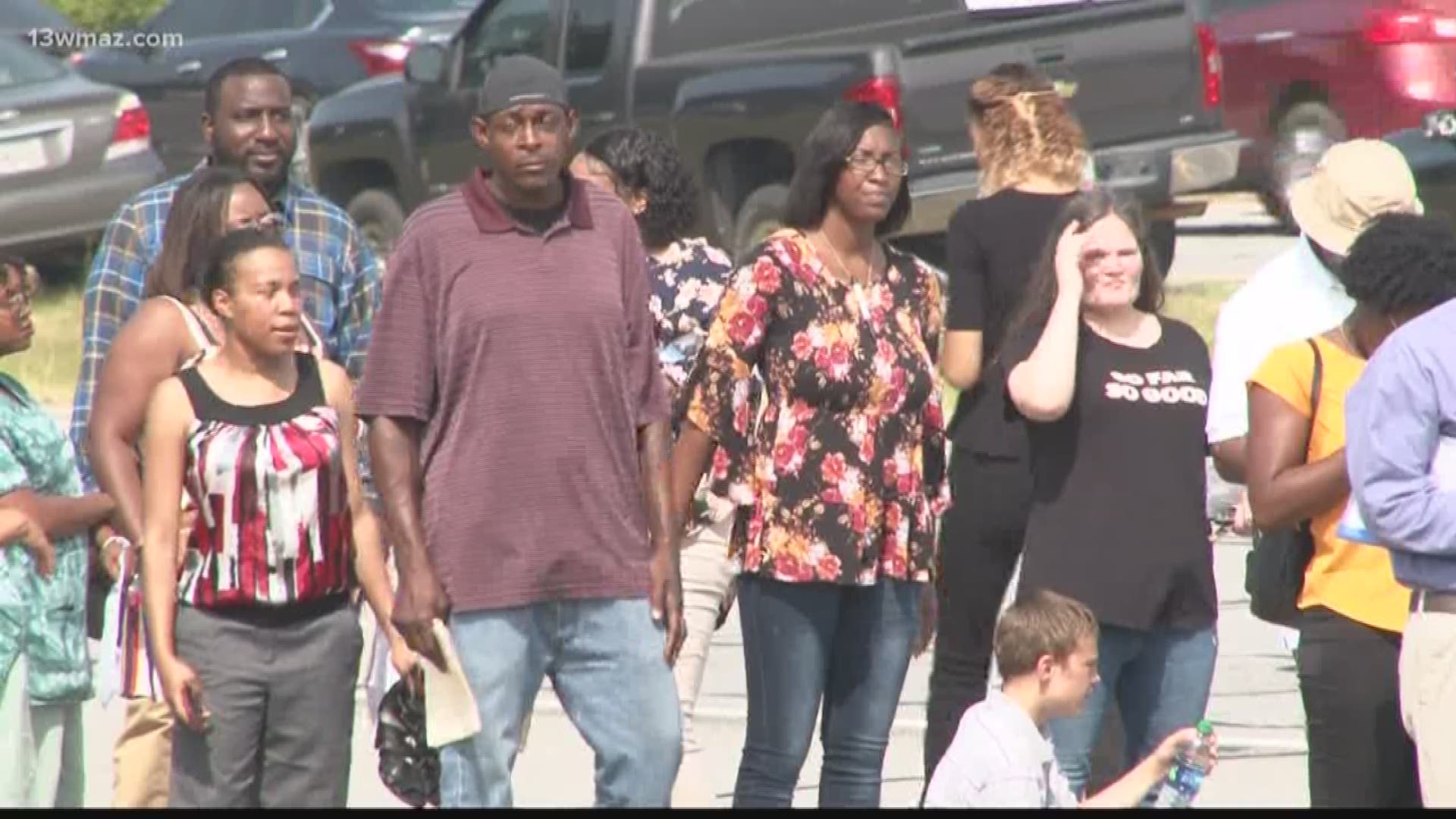 MACON, Ga. — Organizers of Macon's distribution center job fair got a little more than they bargained for when thousands showed up on Tuesday.

People were in a line wrapped around the Anderson Conference Center parking lot hours before the fair even started. Each one of them was trying to claim opportunities to work for some of the nation's biggest companies.

The lines could only be described as ridiculous. Macon-Bibb Industrial Authority spokesman Dan Hall said over 3,500 people showed up Tuesday morning. Some people said they arrived as early as six in the morning.

"Because I know that the big crowd would come around eight, might as well get there two hours before that, but there were people here even before me. The earliest person came here at 4:30," said job seeker Tishari Claiborne.

After the parking lot overflowed, people parked their cars along Eisenhower Parkway and at Middle Georgia State University. Those unlucky enough to get in line early found themselves waiting for hours in the sun.

"It's amazing that there are this many people coming to this job fair today to try and get them a job," Brentz Wright said, a job seeker.

"It's been a little bit hot, a lot of rumors going around about people trying to get people out of line basically," said Nathan Browder, who said he arrived around 9:15 a.m.

The Macon-Bibb Industrial Authority passed out water to keep folks cool. Once inside, people made sure to hand their resumes to representatives for companies like Amazon, Coca-Cola and Tractor Supply. Industrial Authority Executive Director Stephen Adams said the large crowd was an excellent sign for potential employers.

"I think this is a sign for companies looking to locate in Macon for instance, for example Amazon, that we have the available workforce here," Adams said. "We have people who are hungry for a job even though the unemployment rate continues to go down, which is great. This just shows that we still have a hungry workforce."

Adams said the collection of companies at the job fair represented more than 2,500 jobs and $75 million in annual payroll.

Some people were upset because they believed Amazon would be offering interviews and even hiring on the spot. The company instead offered people information to apply online and to sign up for text alerts for possible openings. Job seekers can text MACNOW to 77088 to sign up.