Phillip Wheeler is a student at Middle Georgia State University, and he says many of his friends and family struggle with this addiction 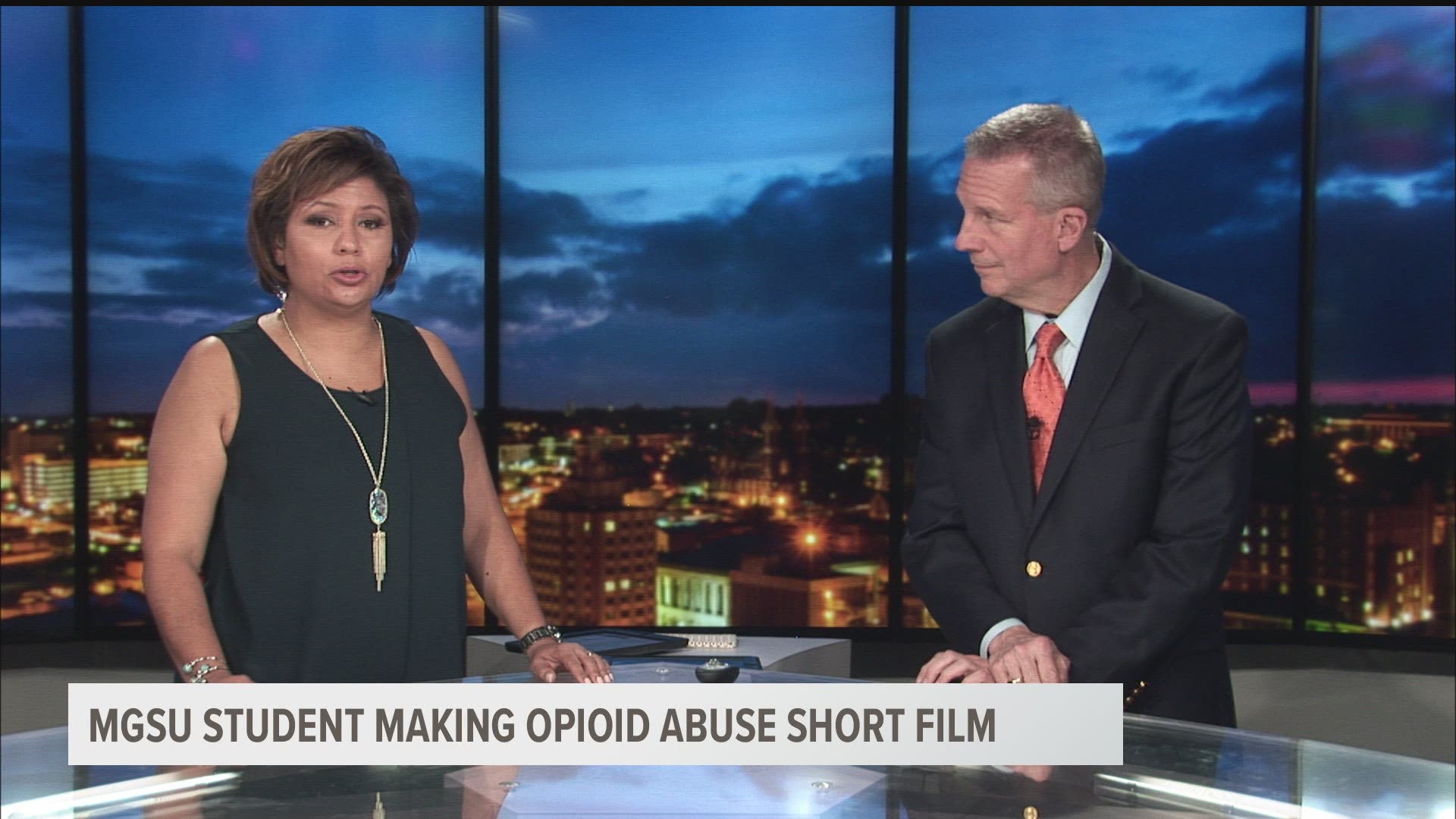 MACON, Ga. — A Middle Georgia State University student is working to shed light on the abuse of opioids. It's something he says many of his friends and family members struggle with.

But he hopes to make a difference with a short film.

"I have a belief that art has a way of helping people," Phillip Wheeler said.

"I want to show people basically how it really is, I'm not trying to sugarcoat it with any good, because it's not," Wheeler said.

The Centers for Disease Control said in 2017, 67 people in Central Georgia died and overdoses are up 30 percent.

One scene at the climax of the film depicts Wheeler's leading character overdosing.

"My friends and family haven't gotten to that point, but they've gotten very close to that line, imagining what could possibly happen," Wheeler said.

He based the film on his experiences with people around him, like one close family member.

"He was deep in, he got clean, he's doing good, his children keep him strong," Wheeler said.

Wheeler says the film is meant to show the rise in opiod addiction and deaths.

"He's going though some things that are very relatable, and the biggest difference I see between me and him are the method of coping for the obstacles he's going through," Perkins said. "I could have been just like my character in another life."

Perkins says Wheeler's message is powerful, and they're both working together to bring the message home.

That's nearly as many as the populations of Crawford, Monroe, Peach and Twiggs counties combined, between 2016 and 2017.