Holy smokes! That was a close call. 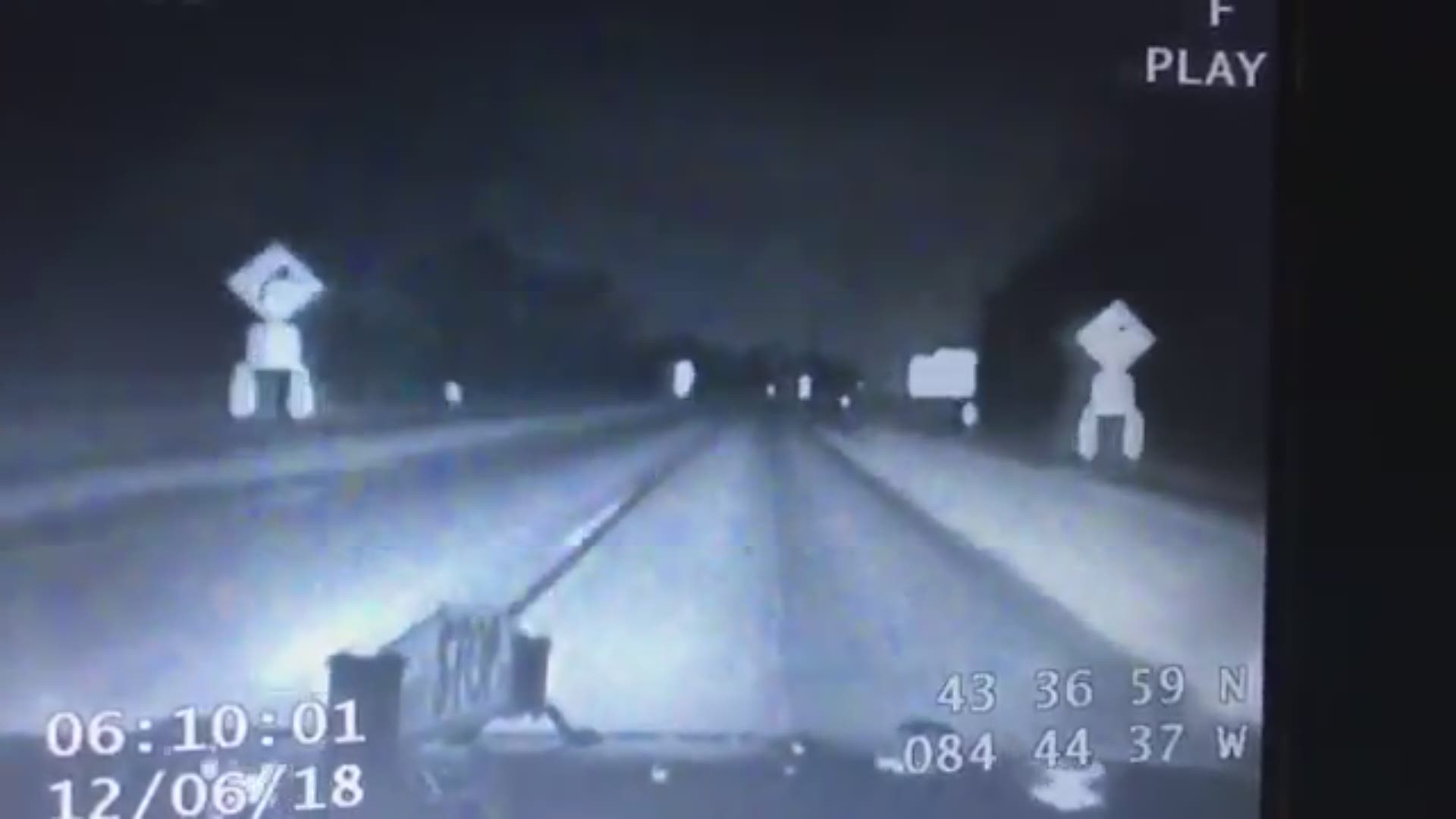 Dash cam video shared by Michigan State Police on Twitter Saturday night shows a sergeant from the Houghton Lake post narrowly missing a collision with a group of deer marching single file across a roadway.

Most people who have been on the roadways at dawn or dusk have probably had a similar encounter, House said.

"If someone actually sees animals, wild or domestic, they have to take proper precautions," he said.

House said crashes often end up more serious when a driver swerves to avoid an animal and leaves the roadway or collides with other vehicles. Generally, striking a deer will only cause minor damage to the car, he said.

A sergeant from the Houghton Lake post had a close call with some deer this morning. It’s a Christmas miracle that he didn’t hit them. pic.twitter.com/VsRRMMDwXg

"Watch for deer all year," the state suggests. "Buckle up, stay alert, slow down."