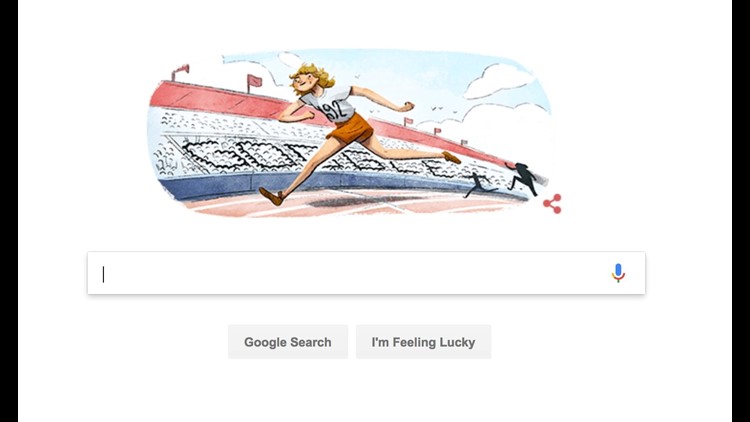 Photo by: Google
A Google Doodle in honor of Dutch Olympian Fanny Blankers-Koen, known as 'The Flying Housewife.'

Google is paying tribute to "The Flying Housewife."

On Thursday, Google's search logo is a tribute to Dutch Olympian Fanny Blankers-Koen, who would have celebrated her 100th birthday.

Blankers-Koen first competed in the Olympics in 1936, finishing fifth in the 4x100 meter relay and sixth in the high jump.

After the next two Games were cancelled because of World War II, Blankers-Koen made her mark during the 1948 Olympics in London. The 30-year-old mother of two won four gold medals, including the 100m and 80m hurdles. She did this despite receiving letters criticizing her for competing and not focusing on her children.

She became the first woman to win four medals in a single Olympics, earning her the nickname "The Flying Housewife."

In 1999, the International Association of Athletics Federations named her the top female athlete of the 20th century.

Google Doodles 2017: A look back at the tech giant's tributes