The Bubble: Conservatives say alleged FBI 'spying' on Trump is bigger than Watergate

Hannity: Watergate a parking ticket next to 'Spygate' 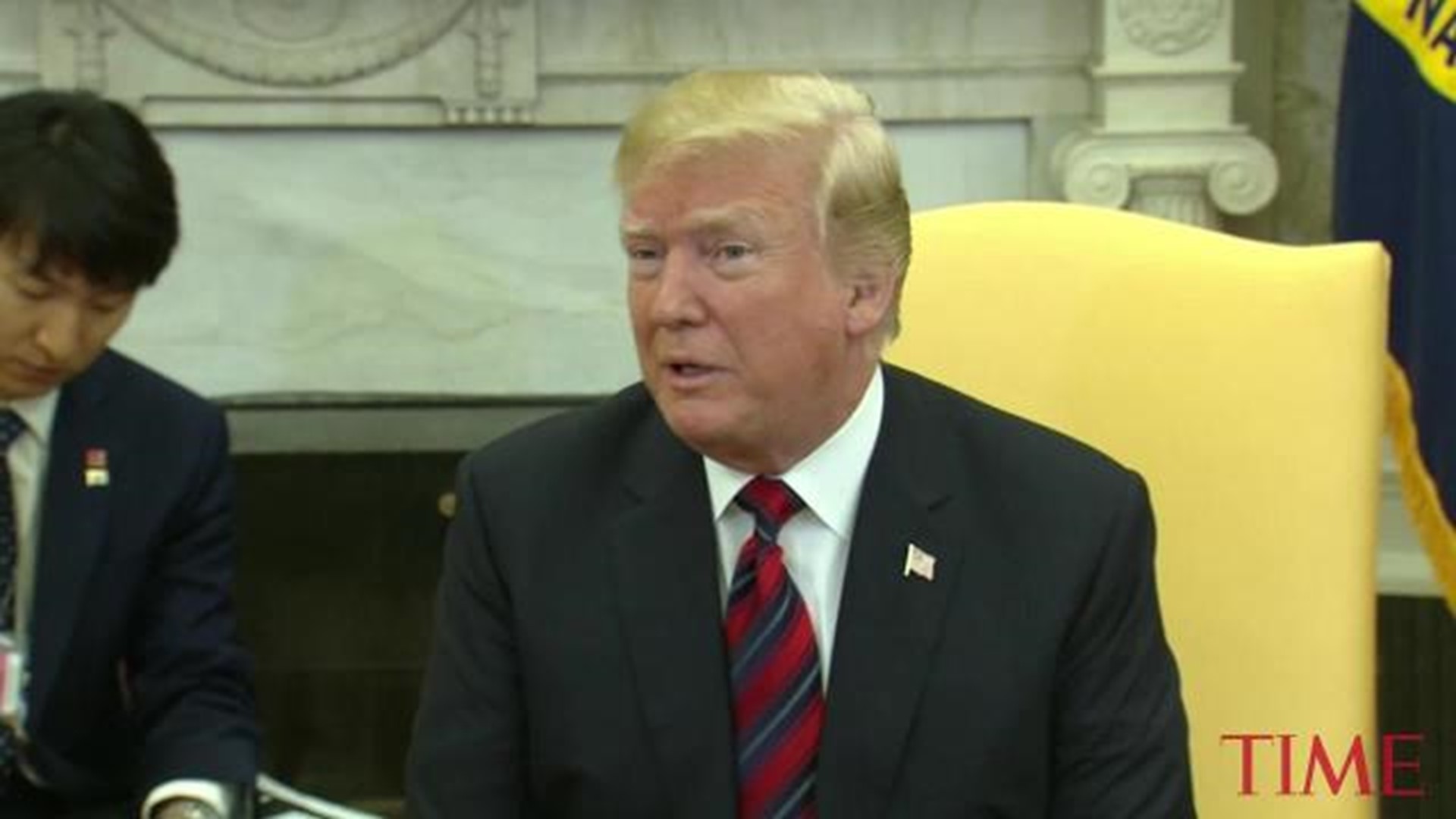 Each week, USA TODAY's OnPolitics blog takes a look at how media from the left and the right reacted to a political news story, giving liberals and conservatives a peek into the other's media bubble.

This week, there was a clear divide in reactions to President Trump's assertion that his campaign was spied on by the FBI in "one of the biggest political scandals in history." Conservatives likened Trump's "Spygate" to the Watergate scandal that brought down former president Richard Nixon. If the Obama administration sent federal law enforcement after Trump to try and keep the Democrats in power it behaved like an authoritarian regime, they say.

Liberals, on the other hand, said there is no evidence to support the Spygate theory and argued that Trump is mounting his attacks on the FBI because he is fearful of the progress being made by Special Counsel Robert Mueller. His conspiracy theory is intended to undermine Mueller's credibility, they said.

Previously on The Bubble: Trump is a bully and ending Iran deal shows he's looking for war, liberals say

The "Criminal Deep State" conspiracy theory is just the latest attempt to defend against the case Mueller is building against the president and the Trump campaign, wrote New York magazine's Jonathan Chait.

Chait argued that if the FBI intended to help Clinton the Russia investigation would not have been kept secret until after the election and he said Trump's defenders are ignoring the evidence of guilt that sparked the investigation in the first place.

"You might think this is all so unhinged Trump could not possibly believe it, but then, you would have to explain Trump’s longtime infatuation with the conspiracy theories he imbibes in his binge-watching of Fox News," Chait said. "And you might also think Trump could not get his party to go along with this theory, to dismiss all the evidence of culpability as having been fabricated by a pro-Obama cabal in the FBI. But then you would be ignoring how far down the Trump rabbit hole the Republican Party has gone so far."

Former CIA chief John Brennan is "running scared because it’s starting to look like he may have been a co-conspirator in the biggest political scandal since, well, Watergate," said Boston Herald columnist Adriana Cohen.

Cohen said if it is confirmed that "the Obama administration used U.S. intelligence agencies and the Justice Department to go after political opponents — to keep Democrats in power through a presidential election cycle," Attorney General Jeff Sessions should immediately shut down the Russia probe and open a criminal investigation into the matter.

"And to think that Democrats and their puppets in media have been calling Trump the greatest threat to democracy all this time when their party may have been using authoritarian tactics against the leader of the opposition party and his associates," Cohen said.

Today's talker: Russians and 'spies' and Trump — oh my!

Liberal bubble: There is zero evidence for 'Spygate'

Spygate is a "scandal for which there's no public evidence," wrote Philip Bump in a Washington Post analysis.

"We've seen this dance before," Bump said, comparing Spygate to Trump's claim that the Obama administration tapped his phones. "Trump whips up a conspiracy theory out of the ether and uses it to suggest that he is an unfair victim."

"That’s really the game, of course: If the FBI is investigating him, then it’s necessary to present as much evidence as possible that the FBI is biased in doing so," Bump said. "Always that need to give people a reason to doubt the negative things being said about him, just like his attacks on the press."

Conservative bubble: This makes Watergate look like a parking ticket

"What's unfolding about the Deep State is so dramatic, so shocking, but at the same time so very predictable given everything we have now been uncovering for 18 months," said Fox News host Sean Hannity. "It is the biggest abuse of power corruption scandal. It makes Watergate look like a parking ticket."

Hannity said tactics like "spying on an opposition party in an election year" are "what you'd see in the former Soviet Union" or in Venezuela, "not the United States of America."

"Now the mainstream media, even they finally are starting to catch on," he said. "OK, it's taken them well over a year but finally, the media is starting to realize that they have missed the single biggest story in their lifetime as they pursued Russia, Russia, Stormy."

"As the Russia investigation burrows closer to the Oval Office, the president, his staff, his collaborators in Congress and his defenders in the right-wing media are sparing no institution in their quest to undermine it," wrote The New York Times editorial board.

"Republicans in Congress compound their shame daily, either by standing by in silence or by working actively with the White House and conservative media to help expose the identity of an F.B.I. informant," the board wrote. "This self-interested assault is doing incalculable damage to the integrity of American law enforcement."

Conservative bubble: Will Trump's FBI spy on Bernie in 2020?

The possibility that an FBI informant was tasked with investigating Russian ties to the Trump campaign, "ought to disturb anyone who wants law enforcement and U.S. intelligence services to stay out of partisan politics," opined The Wall Street Journal editorial board.

"We can’t recall a similar case, even in the J. Edgar Hoover days, when the FBI decided it needed to snoop on a presidential campaign," the board said, wondering what the reaction would have been "if the FBI under George W. Bush had sought to insinuate sources with Obama supporters like Rev. Jeremiah Wright or radical Bill Ayers during the 2008 campaign."

What are the standards for the future? Could a Trump FBI task agents to look into the foreign ties of advisers to the Bernie Sanders presidential campaign in 2020? Attorney General Jeff Sessions and Deputy AG Rod Rosenstein need to clear the air by sharing what they and the FBI know with the House. This is bigger than blowing a source whose identity Justice leakers have already blown. This is about public trust in the FBI and Justice.

Opposing view: It’s time for Mueller to put up or call it quits