Millions of Americans are expected to have scaled-down celebrations amid the pandemic, heeding official warnings against travel and large indoor gatherings. 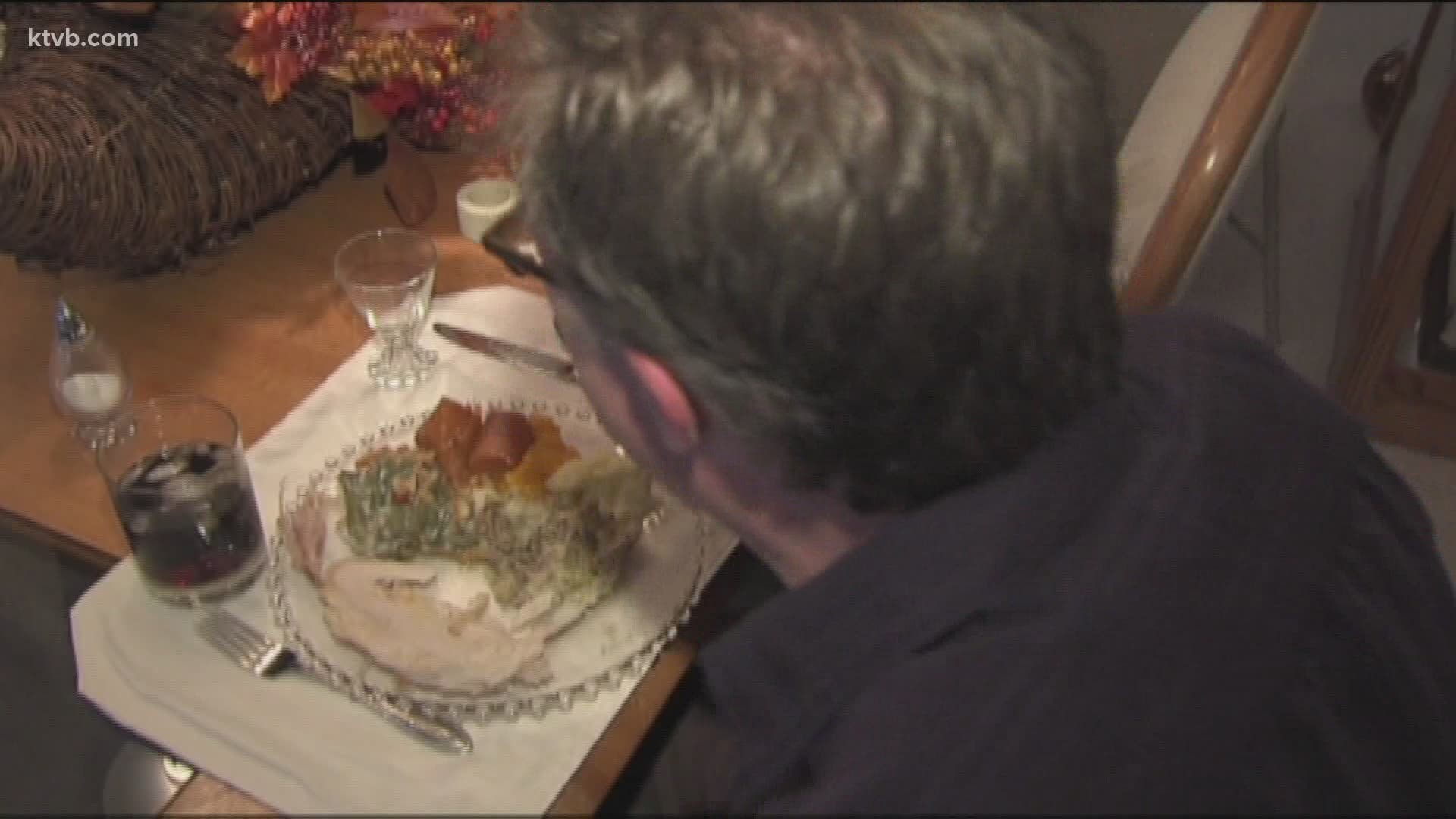 For the turkey industry, this Thanksgiving is a guessing game.

Millions of Americans are expected to have scaled-down celebrations amid the pandemic, heeding official warnings against travel and large indoor gatherings. That leaves anxious turkey farmers and grocers scrambling to predict what people will want on their holiday tables.

Kroger — the nation’s largest grocery chain — said its research shows 43% of shoppers plan to celebrate Thanksgiving only with those in their immediate household. It has purchased more turkeys than usual — in all sizes — but it’s also predicting an increase in demand for alternatives, including ham, pork roast and seafood. Kroger also expects to see more demand for plant-based meats, like a vegan roast stuffed with mushrooms and squash.

Walmart says it will still carry plenty of whole turkeys, but it will also have 30% more turkey breasts in its stores to accommodate shoppers who don’t want to cook a whole bird.

RELATED: UA encourages students to get tested for COVID-19 and social distance this Halloween weekend

It’s not always easy to pivot. Angela Wilson, the owner of Avedano’s Holly Park Market in San Francisco, ordered turkeys last year for this Thanksgiving. She can’t cancel the order, so they’re still coming in.

But Wilson said this Thanksgiving might be busier than in the past, since customers who usually go out of town will be staying home. She’s also stocking up on smaller birds like quail and game hen.

Some farmers are making tweaks based on what they think customers will be looking for. Dede Boies raises heritage breed turkeys at Root Down Farm in Pescadero, California. The turkeys she sells for Thanksgiving were born in May, so she has spent months thinking about how the coronavirus might impact the holidays.

Boies decided to harvest some turkeys early this year. It’s a gamble, because the birds gain a lot of fat and flavor in their final few weeks, but she figures customers will want smaller birds. She’s also offering more chickens and ducks.

“We’ve invested so much time and energy and love into these birds, and the whole point is that they go and they are celebrated with people for these great meals. We’re just really hoping that still happens,” Boies said.

Credit: AP
Turkeys are shown in a pen at Root Down Farm in Pescadero, Calif., Wednesday, Oct. 21, 2020. Many turkey farmers are worried their biggest birds won't end up on Thanksgiving tables. Due to the ongoing coronavirus pandemic and restrictions on large gatherings, the traditional Thanksgiving feast is being downsized. Fewer people at Thanksgiving tables means many families will buy smaller turkeys, or none at all. (AP Photo/Haven Daley)

Butterball — which typically sells 30% of America’s 40 million Thanksgiving turkeys — said it’s expecting more gatherings, but it’s not convinced people will want smaller turkeys. Its research shows that 75% of consumers plan to serve the same size turkey or a larger turkey than they did last year.

Butterball says about half its turkeys will be in the 10-16 lb. range and half will be in the 16-24 lb. range, the same as usual. Anyone looking for a specific size should plan to shop early, said Rebecca Welch, senior brand manager for seasonal at Butterball.

“Don’t be afraid to go big,” she said. “It’s just as easy to cook a large turkey as it is a smaller one, and it means more leftovers.”

Nancy Johnson Horn of Queens, New York, usually shares a big turkey with her in-laws, her parents and her own family of five. But Horn, who writes The Mama Maven blog, said that gathering won’t happen this year because her kids are attending school in-person and she is worried about spreading the virus.

“As much as it hurts me, I will have to cook myself this year,” she said. She’s not sure what will be on the menu. She’s only cooked a whole turkey once in her life and she’s never made mashed potatoes.

This Thanksgiving comes at an already tenuous time for the $4.3 billion U.S. turkey industry. Thanks to better technology for carving breast meat, per capita consumption of turkey nearly doubled over the 1980s, peaking at 14.4 pounds per person in 1996, according to Mark Jordan, executive director of LEAP Market Analytics in Jonesboro, Arkansas.

But interest in turkey has been steadily falling, thanks in part to price increases five years ago when flocks were hit by bird flu. Annual consumption is now around 12 pounds, Jordan said.

Turkey sales have even been falling at Thanksgiving as consumers explore alternatives, according to Nielsen data. Last November, Americans spent $643 million on turkey, down 3.5% from the previous year. They spent $1.9 billion on beef, which was up 4%. And they spent $12 million — or more than double the prior year — on alternatives like plant-based meat.

Jordan thinks the uncertainty about Thanksgiving demand will hurt groceries hardest. If they discount turkeys, they can sell them but it will hurt profits. If they keep prices high and consumers pass, they’ll be stuck with a lot of turkeys.

“I don’t see many ways that they win this holiday season,” Jordan said.

The uncertainty may well see a repeat at Christmas — both in the U.S. and beyond.

Christmas turkeys are a staple in Britain, where turkey farmers are also bracing for slimmed-down festivities after the government told people not to meet in groups of more than six.

Richard Calcott raises 2,000 Christmas turkeys each year at Calcott Turkeys in Tamworth, England. He bought his turkey chicks — known as poults — in February and March, and it was too late to switch to a smaller breed when pandemic restrictions took hold.

He has tweaked their diets to reduce the weight of each turkey by around 2.2 pounds by the time they’re ready for market. Still, Calcott said he continues to get some orders for larger birds.

“It’s been a very difficult year for a lot of people this year,” he said. “Christmas will be a good time to get families back together.”