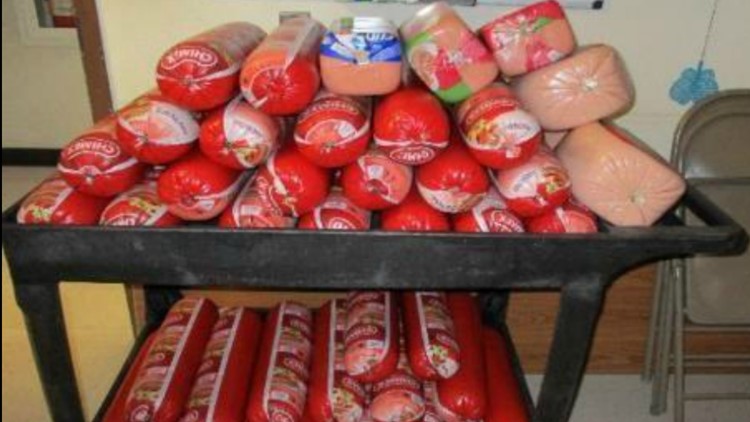 EL PASO, Texas — They were seized in two big busts on the southern border – but they weren’t drugs. Agents say they confiscated 49 rolls of smuggled bologna and nine rolls of pork and poultry cold cuts last week.

The culinary contraband weighed in at 590 pounds, according to a U.S. Customs and Border Protection news release.

One seizure was made on May 13 at the Ysleta Port of Entry in El Paso, Texas. The second happened the next day at the Bridge of the Americas.

Agents say, both times, the undeclared meats were discovered under clothes during inspections of an SUV and a pickup truck.

The meat was all destroyed.

According to CPB, it’s illegal for ordinary people to bring meat over the border because of the risk of spreading foreign animal diseases in the United States.

"Travelers should declare all items they are transporting from abroad to avoid fines and penalties. A properly declared prohibited item can be abandoned at the port without consequence," CBP El Paso Director of Field Operations Hector Mancha said.