Aracely Nuñez thanked all "the angels" who searched for her son and brought him back to her arms. The sheriff believes divine intervention saved the boy. 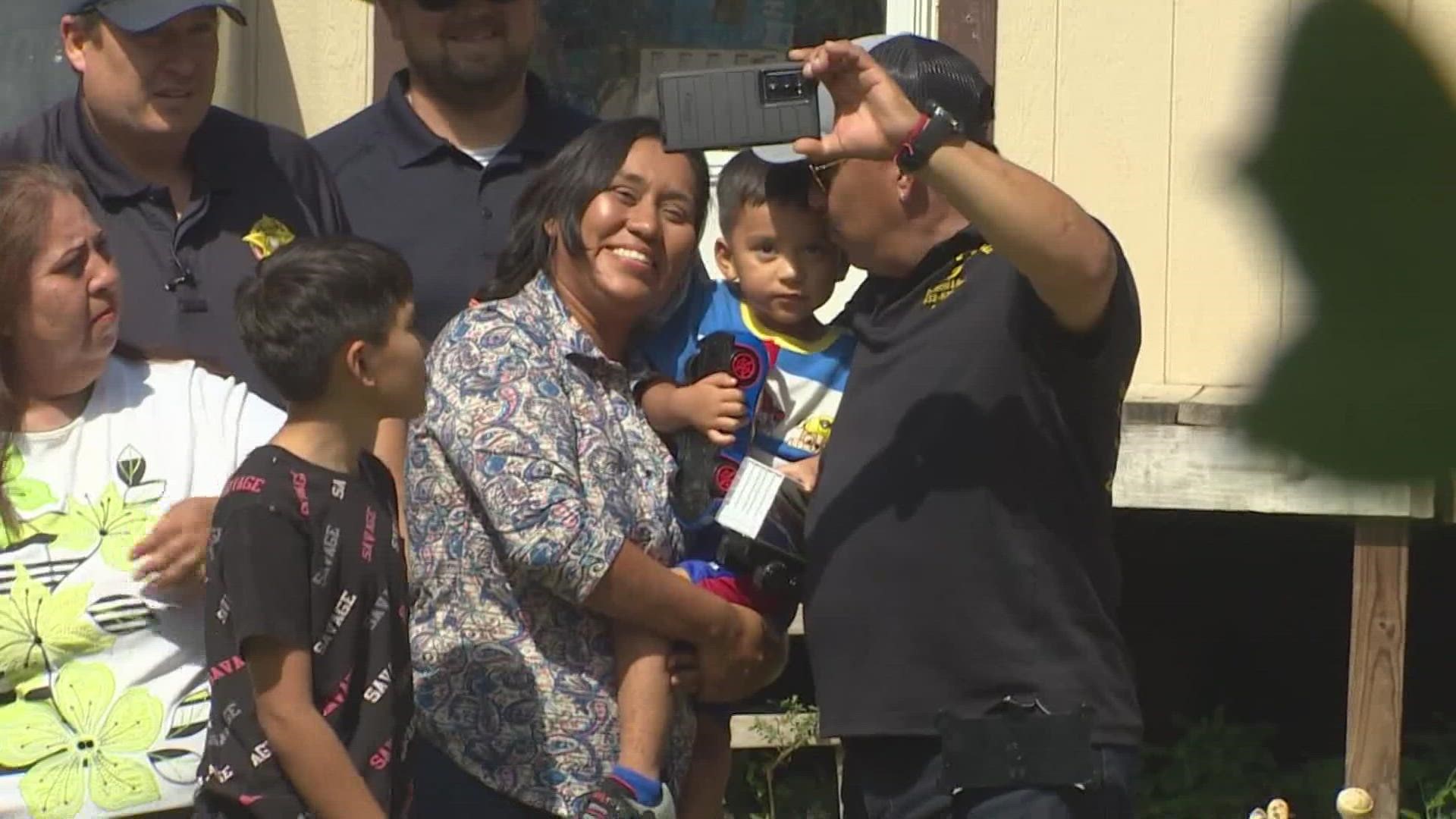 GRIMES COUNTY, Texas — The 3-year-old who survived nearly three days lost in the woods will finally get to sleep in his own bed.

Christopher Ramirez was released from the hospital Monday where he spent two nights recovering from dehydration after his frightening adventure.

Christopher had been missing since last Wednesday when his mother said he followed a dog into the woods and never came back, The Grimes County Sheriff's Office said.

On Monday, Aracely Nuñez thanked all "the angels" who searched for her son and brought him back to her arms. She believes God put them in Christopher's path so they would find him.

Nuñez got to thank the man who found Christopher on Saturday near FM 1486, about five miles from where he was last seen in Plantersville.

The property owner named Tim said he hadn't heard about the missing boy until he went to Bible study Friday night.

"Holy spirit told me, 'You will go look for him tomorrow,'" said Tim, who didn't want to use his last name. 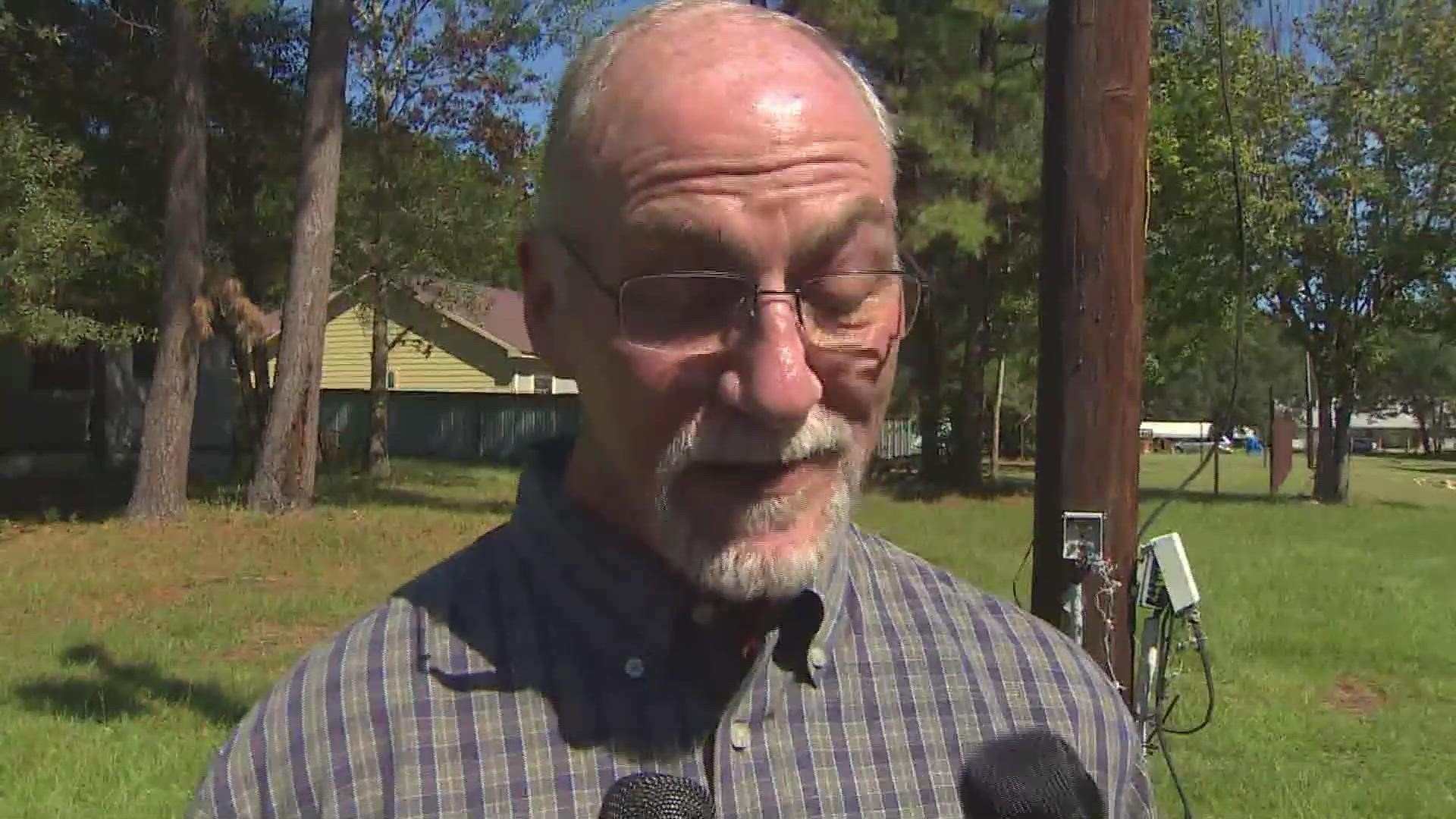 He said he heard Christopher crying not long after starting his search.

"it was overwhelming. First, you think is this a dream, and then i realize it's a little boy there, that's him,"  Tim said. “When I picked him up, he was just fine. I cradled him on my hip and said, 'Little man, God has a purpose for you."

Nuñez, who couldn't stop smiling, never gave up hope her son would be found alive, according to GCSO Sgt. Martha Smith.

“She told me not to worry about it, you are going to tell me in a little bit that they found him and we are going to get my boy," Smith said.

"I think he had a guardian angel watching over him," Sheriff Don Sowell said.

Some of the same first responders who helped search for the toddler gave him the red carpet treatment for his trek home to Plantersville.

After the sheriff's office posted on Facebook that they would give Christopher a special escort home, several law enforcement agencies and firefighters joined them. They gathered in the Kroger's parking lot on FM 2920 in Tomball and waited for Christopher and his mom to arrive.

"He was tickled pink," the sheriff said. "He's a happy little boy."

Along with the escort home, Christopher received a junior deputy badge from the sheriff. After he was rescued, the little boy told deputies he wants to be a police officer when he grows up.

3-year-old Christopher Rodriguez is coming home with his family after being lost in the wooded area of Grimes County for nearly 3 days. To celebrate his release from the hospital deputies, constables and even fire trucks escorting him home. @KHOU pic.twitter.com/WydxeMf0t7

The sheriff says the investigation, which includes the FBI, state and local law enforcement, is not over yet. Investigators are backtracking and looking for Christopher's clothes and shoes because he was found naked.