It comes ahead of Trump's 'Salute to America' event which the protesters say is a politicization of Independence Day. 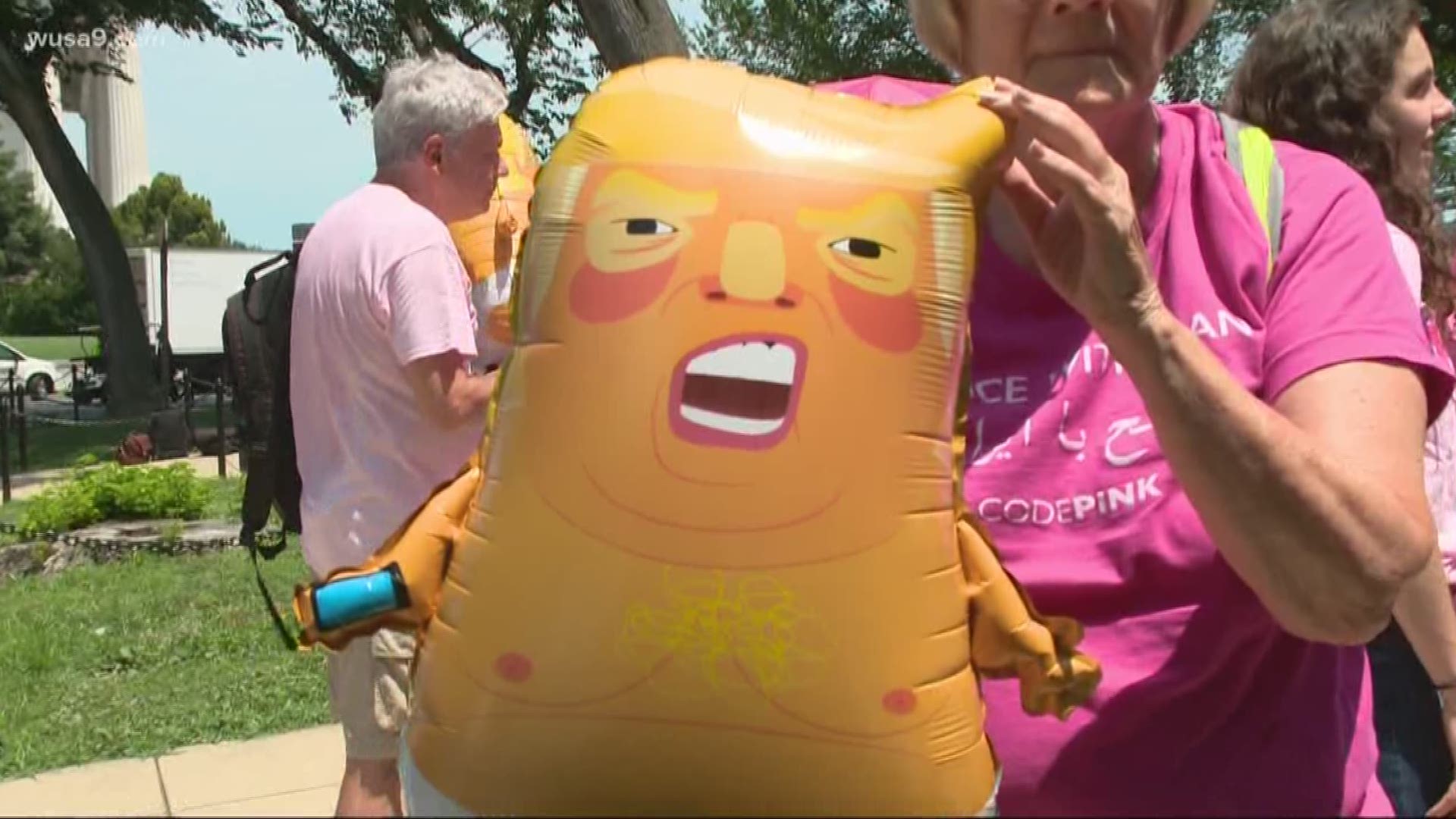 An anti-war organization has put up a 20-foot-tall diaper-clad balloon of an infant Donald Trump in the shadow of the Washington Monument to protest what it calls the president's co-opting of Independence Day.

Code Pink co-director Medea Benjamin says the organization and its members "oppose the politicization of July Fourth by President Trump."

Trump has ordered the Pentagon to stage military demonstrations, including a flyover of jets, helicopters and other aircraft. Trump says he'll "speak on behalf of our great Country" at his "Salute to America" event.

Code Pink says the Republican president's event is "a campaign rally." It says the balloon is "a great symbol" because he is "a big baby" and is "prone to tantrums."

Trump supporter Kevin Malton, of Middlesboro, Kentucky, took pictures with the balloon. He says he's glad to see the mix of political beliefs at the event.