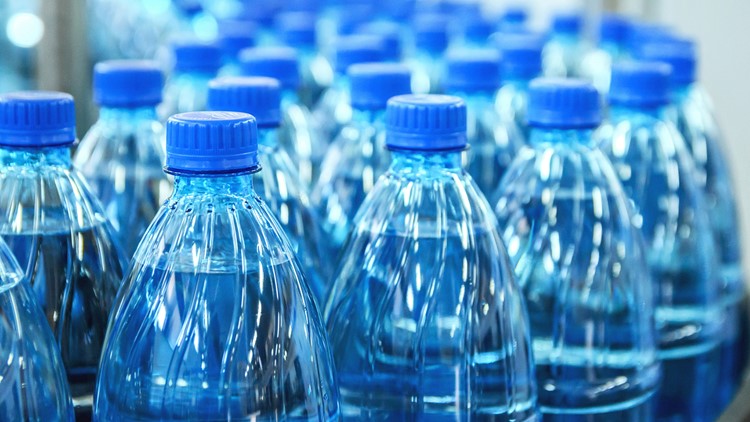 A nonprofit environmental group says independent testing it commissioned found that two brands of bottled water have arsenic levels high enough to require a consumer health warning in at least one state.

The Center for Environmental Health (CEH) is talking about the levels of arsenic in Starkey Water, which is owned and sold by Whole Foods, and Peñafiel, owned by Keurig Dr. Pepper. Peñafiel is sold at Target, according to CEH, and USA Today reports it's also sold at Walmart. CEH says the arsenic levels are so high, that California law requires the companies to include a health warning.

The Centers for Disease Control and Prevention says long-term exposure to high levels of arsenic can lead to cancer.

“Customers typically purchase bottled water at exorbitantly high costs with the assumption that it is safer and healthier to drink than tap water, unaware that they are ingesting an extremely toxic metal linked to birth defects and cancer," CEH chief executive Michael Green said in a statement.

The report follows up an investigation from Consumer Reports on unsafe arsenic levels in bottled water that was published in April.

CR reported that more than 2,000 cases of Starkey were recalled from late 2016 to early 2017 after regulators found an "impermissible level of arsenic beyond the federally mandated threshold of 10 parts per billion." A year later, CR said the levels of arsenic were still high enough to pose risks if regularly consumed.

CR also reported that Keurig Dr. Pepper confirmed in April that Peñafiel which the company tested had arsenic levels at 17 parts per billion, also above the federal limit. The company reportedly told CR it suspended production at its Mexico plant for two weeks in order to improve filtration.

The FDA has not issued a recall of either brand of water.

TEGNA has reached out to Whole Foods and Keurig Dr. Pepper for a response to the report.