Fossils from a horned dinosaur are being unearthed at a dig site in the Colorado community. 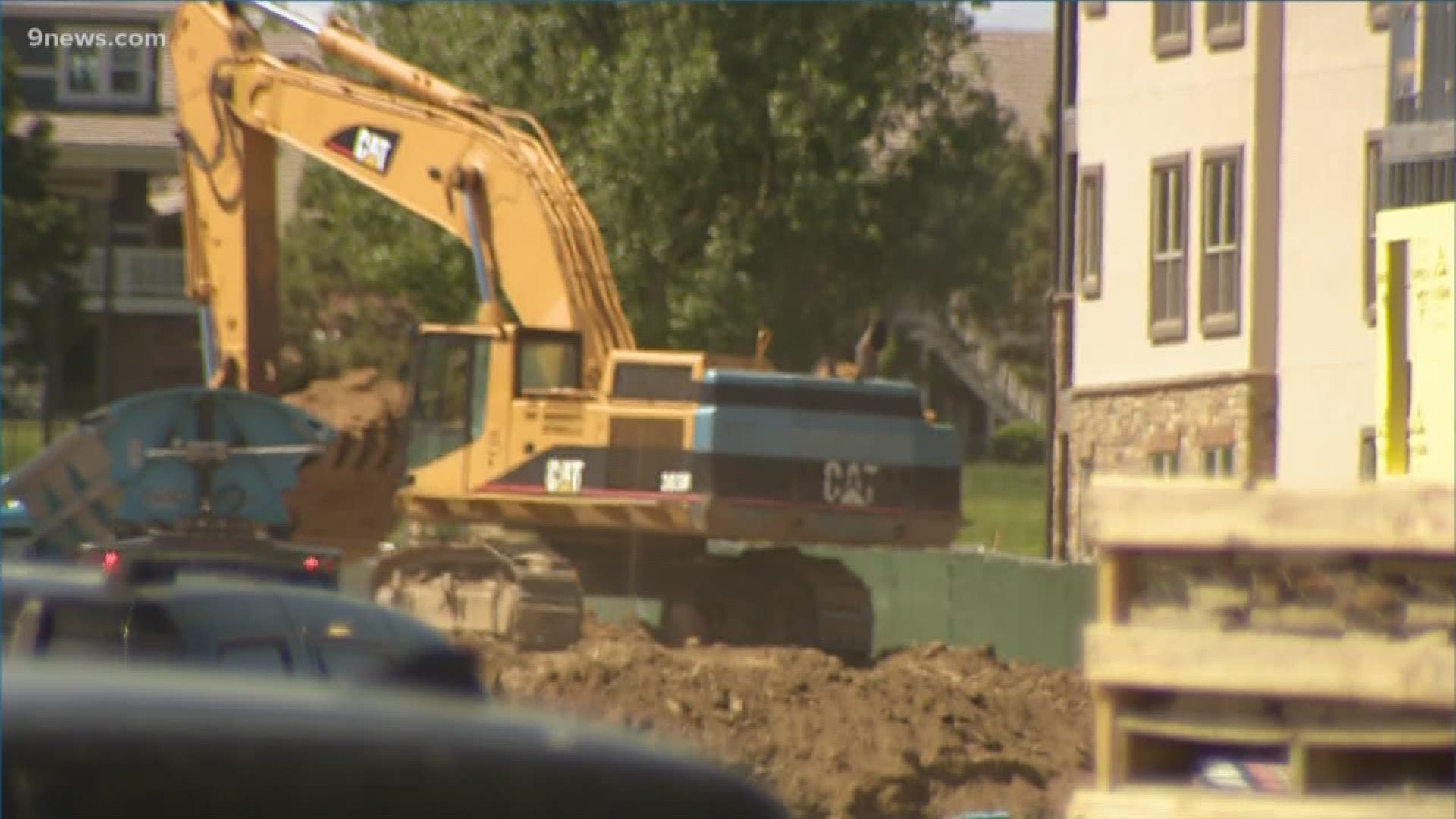 HIGHLANDS RANCH, Colo. — Part of a skull and a scapula are among the newest round of bones unearthed at a dig site in Highlands Ranch created after fossils were discovered at a construction site there last month.

A team from the Denver Museum of Nature & Science (DMNS) is at the site, and is working on the bones in the museum's fossil prep lab.

Natalie Toth, chief fossil preparator at DMNS, said the bones are likely from a horned dinosaur, likely a torosaurus or triceratops.

Toth said her team discovered this newest round of bones about a week ago, and they will be there digging up, excavating and preparing the new find.

The dig is anywhere from 66 to 68 million years old, meaning the bones are a bit spread out, Toth said. If they find more bones, she added, they'll keep digging.

About 200 bones would make a full skeleton.

Construction workers near Wind Crest, a continuing care retirement community developed and managed by Maryland-based Erickson Living, stumbled upon the fossils in May.

Fossil finds are nothing new in Colorado, a rare fish fossil was discovered in southeastern Colorado -- one of only three of its kind in the world. The world’s first Stegosaurus fossil was found in Morrison, and one of the most complete Torosaurus skeletons was found in Thornton.