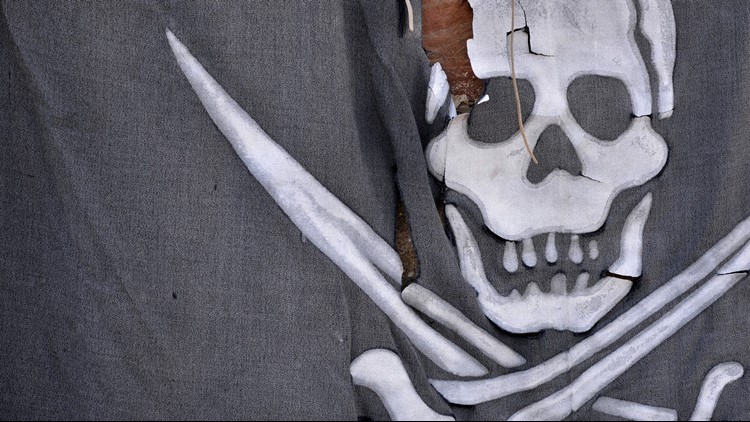 A 46-year-old woman in Ireland said she is splitting from her husband, who is about 300 years old and was executed for piracy in the 1700s.

The Irish Mirror reported that Amanda Sparrow Large Teague, who made global headlines last year for marrying the spirit of a 300-year-old Haitian pirate, is divorcing the pirate after less than a year. The Mirror reported that Large posted to social media: "I will explain all in due course but for now all I want to say is be VERY careful when dabbling in spirituality, it's not something to mess with..."

Newsweek profiled Teague in January after she married the ghost of Jack Teague, who she said was a Haitian pirate who executed for piracy hundreds of years ago. Newsweek said their spiritual relationship developed three years ago when she sensed his presence while lying in bed in Drogheda, Ireland.

Teague told Newsweek that she sailed into international waters to "legally" marry and that she's the first person in the U.K. and Ireland to marry a ghost. The "legal" part is questionable at best.

The dead pirate wasn't Teague's first pirate love. Newsweek said around the time the two "met" in 2015, Teague was working as a female Jack Sparrow impersonator after becoming infatuated with the Pirates of the Caribbean movie franchise.

Earlier this year, Snopes dug into the legality of Teague's marriage and reported that her marriage to a 300-year-old dead pirate doesn't have any legal status where she lives. Snopes said Teague is "fully entitled to consider herself to be married...(but) the claim that she is 'legally' married...is false."

Newsweek said it could not verify Jack Teague's existence, but according to Teague, he was hanged in 1753 after being caught helping slaves escape from being traded.

On Twitter, Teague calls herself a "white witch, spirit worker, author and known for marrying the spirit of a 300-year-old pirate ghost." She also authored a book, A Life You Will Remember, which details her fascination with Pirates of the Caribbean and "the real" Jack Sparrow.