It was the 269th career Cup Series win for Hendrick Motorsports, passing Petty Enterprises for the most in NASCAR history. 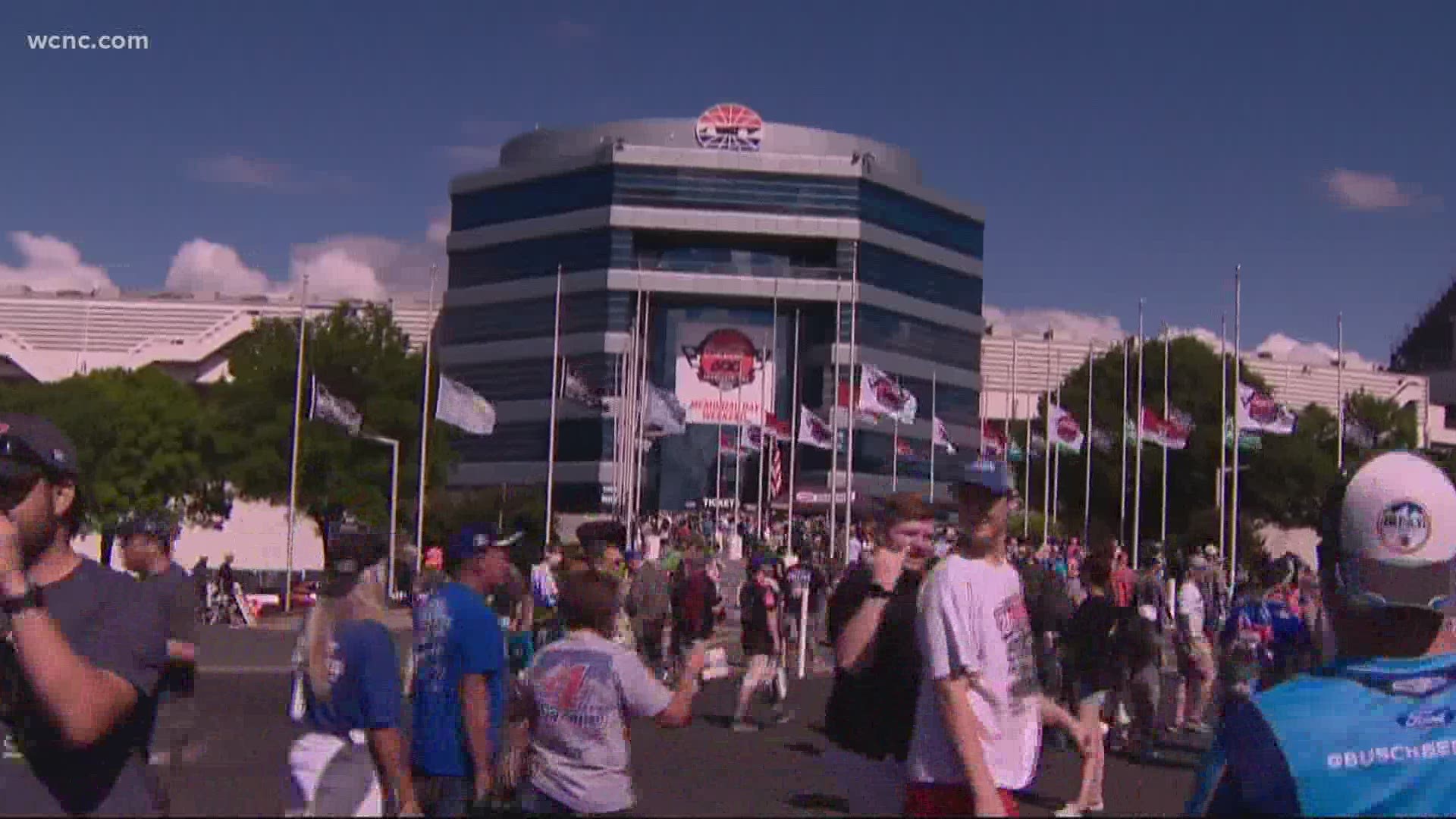 “With nearly 40 years of excellence, Hendrick Motorsports has set the gold standard for race team success," NASCAR chairman and CEO Jim France said in a release. “Rick Hendrick has already cemented his legacy as a NASCAR Hall of Famer, and now adds another incredible accomplishment to an exemplary NASCAR career.”

It also was the sixth win in 16 races this season for Hendrick Motorsports — and this one wasn’t even close.

Larson led 328 of 400 laps and all four stages for his second win of the season. He also won at Las Vegas.

Larson's previous best finish at Charlotte was fifth in 2016 and he had only one top-10 finish at the Coca-Cola 600. Larson dominated most of the race, becoming the first driver since Busch in 2018 to sweep every stage. It gave Larson a series-high 10 stage wins this year.

In a year of parity in which 11 drivers won in the first 14 races, Larson became only the third driver with multiple wins this season.

Credit: AP
Kyle Larson fist bumps a member of his crew after qualifying in pole position for the NASCAR Cup Series auto race at Charlotte Motor Speedway on Saturday, May 29, 2021 in Charlotte, N.C. (AP Photo/Ben Gray)

Busch seemed resigned to the fact he wasn't going catch Larson even with about 100 laps remaining.

When asked after the first three stages by Fox Sports commentators what he had to do catch the leader, Busch joked “I'm going to have to wreck him — they're too fast.”

Martin Truex Jr., a two-time winner of the Coca-Cola 600, was one of the favorites to win the race but his hopes ended when his left front tire went completely flat with 60 laps remaining and his pit crew struggled to remove the tire from the rim, costing him valuable track time.

More than 50,000 fans attended the event after COVID restrictions were lifted about a week before the race.

NASCAR heads to California for the Save Mart 350 at Sonoma Raceway next Sunday for a return to road racing.