The Aug. 9, 1945, bombing came three days after the United States dropped its first atomic bomb on Hiroshima, the world’s first ever nuclear attack. 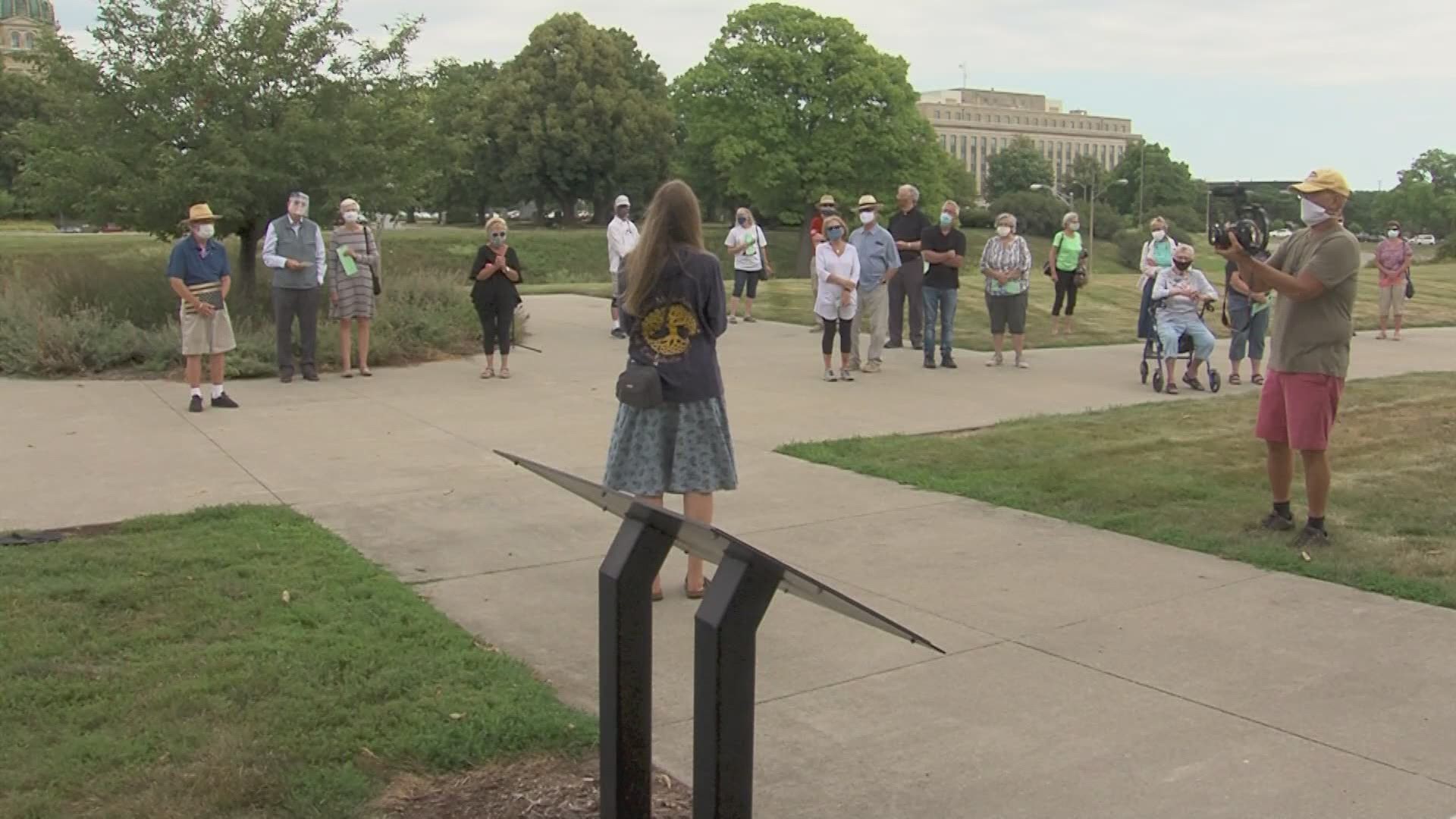 TOKYO, Japan — The Japanese city of Nagasaki on Sunday marked its 75th anniversary of the U.S. atomic bombing, with the mayor and dwindling survivors urging world leaders including their own to do more for a nuclear weapons ban.

Many survivors developed cancer or other illnesses due to their exposure to radiation and suffered discrimination.

Sunday's ceremony was scaled down because of a rise in coronavirus cases in Japan.

Credit: AP
A woman prays for the victims of U.S. atomic bombing in front of the Statue of Peace at the Peace Park in Nagasaki, southern Japan Sunday, Aug. 9, 2020. Nagasaki marked the 75th anniversary of the atomic bombing on Sunday. (Kyodo News via AP)

Nagasaki Mayor Tomihisa Taue read a peace declaration in which he raised concern about a growing global opinion supportive of nuclear deterrence. Taue also urged Japan’s government and lawmakers to quickly sign the Treaty on the Prohibition of Nuclear Weapons, saying the threat of nuclear arms is growing more than ever.

Japan has not signed the treaty, saying it seeks a role to bridge gaps between nuclear and non-nuclear states so they have a common ground for dialogue.