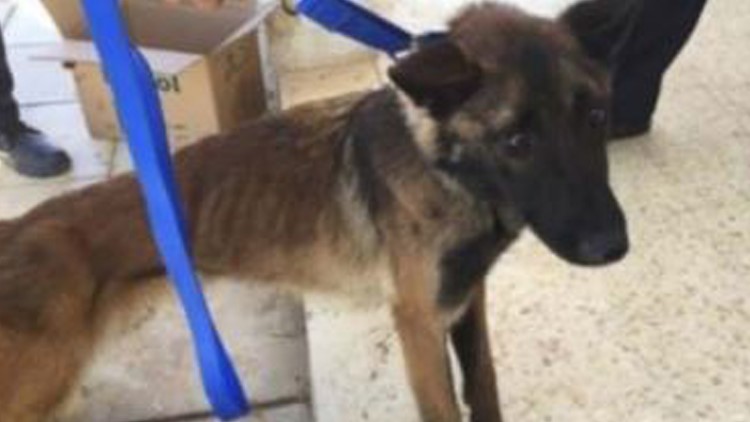 Photo by: Office of Inspector General/U.S. Department of State

A new, unclassified report from the United States Office of the Inspector General reveals neglect on the part of a program meant to provide bomb-sniffing dogs to foreign countries.

The Bureau of Diplomatic Security's Office of Anti-terrorism Assistance attempted to help ally nations by giving them explosive detective canines. One of the problems, according to a new report, was that the dogs were not properly cared for by these foreign nations.

The report came out after the program got a tip that the dogs did not have sufficient access to medical and veterinary care and were put under bad working conditions. As of September 2018, the dogs were active in six foreign nations; and Jordan had the largest amount, with a total of 89, the report shows.

There were no procedures, standards, or written agreements in place to ensure the care of the dogs while they were in the program or after the dogs had worked into their "retirement" years, the report also found. The report claims 70 percent of the active dogs in Jordan were over the age of nine and should have been retired.

The report found at least 10 canines "had died from various medical problems from 2008 through 2016," and other canines were "living in unhealthy conditions.

Less than a year after a healthy canine named Athena went to Jordan, she was "severely emaciated," and her kennel was "covered in dirt and feces." She was reportedly left with no water, the report showed. One dog named Zoe died from heatstroke, while another dog named Mencey had to be euthanized after being diagnosed with a tick-borne illness, the report explained.

Many of the dogs were malnourished, were suffering from "engorged ticks" living off them for several days, and were at high risk for infectious diseases from external parasites such as the ticks and fleas.

The program, however, did not stop providing additional dogs even upon a recommendation, according to the report, adding it would "contradict a National Council directive regarding 'specific threats to border security'" and would not keep explosives from ultimately reaching the United States.

In the report, one of the first recommendations was to plan for funding the health and welfare concerns of the canines in Jordan. In response, the agency said the Kingdom of Jordan should be able to provide for the canine program through at least 2021.

The report also recommended a way to evaluate and address medical concerns. The agency said there was a standard operating procedure already in place. This was not, however, shown to investigators, according to the report.