The Wollemi Pine had only been seen in its fossilized form. 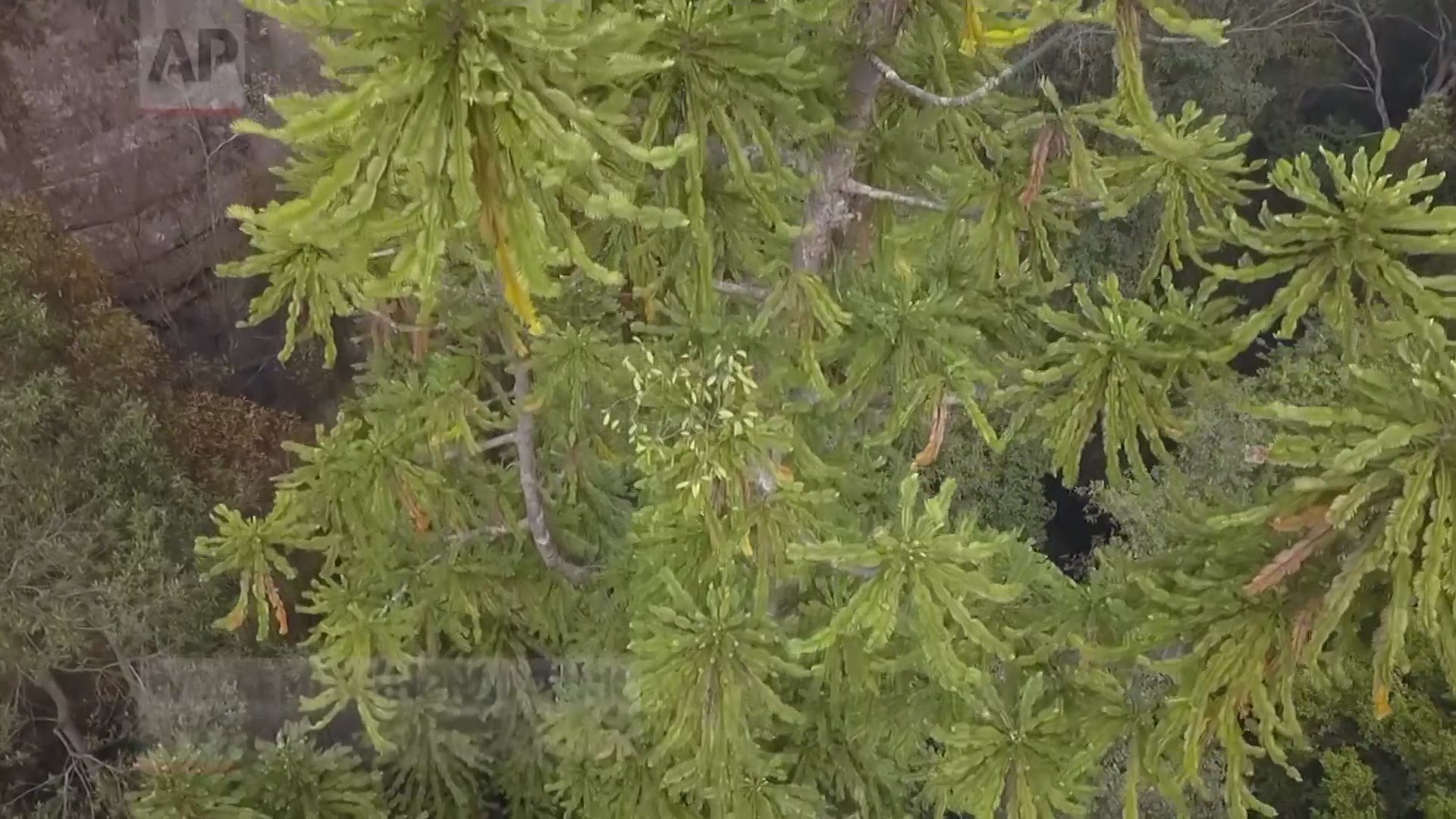 Firefighters have saved the world’s last remaining wild stand of a prehistoric tree from Australia's wildfires.

The national parks director says firefighters winched from helicopters to reach the cluster of fewer than 200 Wollemi Pines in a remote gorge in the Blue Mountains a week before a massive wildfire bore down.

A state environmental official says the stand was saved, though some plants were singed.

The Wollemi Pine had only been seen in its fossilized form and was thought long extinct before the stand west of Sydney was found in 1994.

RELATED: VERIFY: Is there a link between climate change and extreme fire?

“These pines outlived the dinosaurs, so when we saw the fire approaching we realized we had to do everything we could to save them,” New South Wales state Environment Minister Matt Kean said, according to the Associated Press.

The exact location of the stand remains a closely guarded secret to help authorities protect the trees, AP reports.

TEGNA Staff contributed to this report.

Credit: AP
In this photo taken early January, 2020, and provided on Jan. 16, 2020, by the NSW National Parks and Wildlife Service, Wollemi pines thrive in a canyon in the Wollemi National Park, New South Wales, Australia.