Trump has a long history of advancing false and sometimes racist conspiracies, including on Thursday, about Kamala Harris. 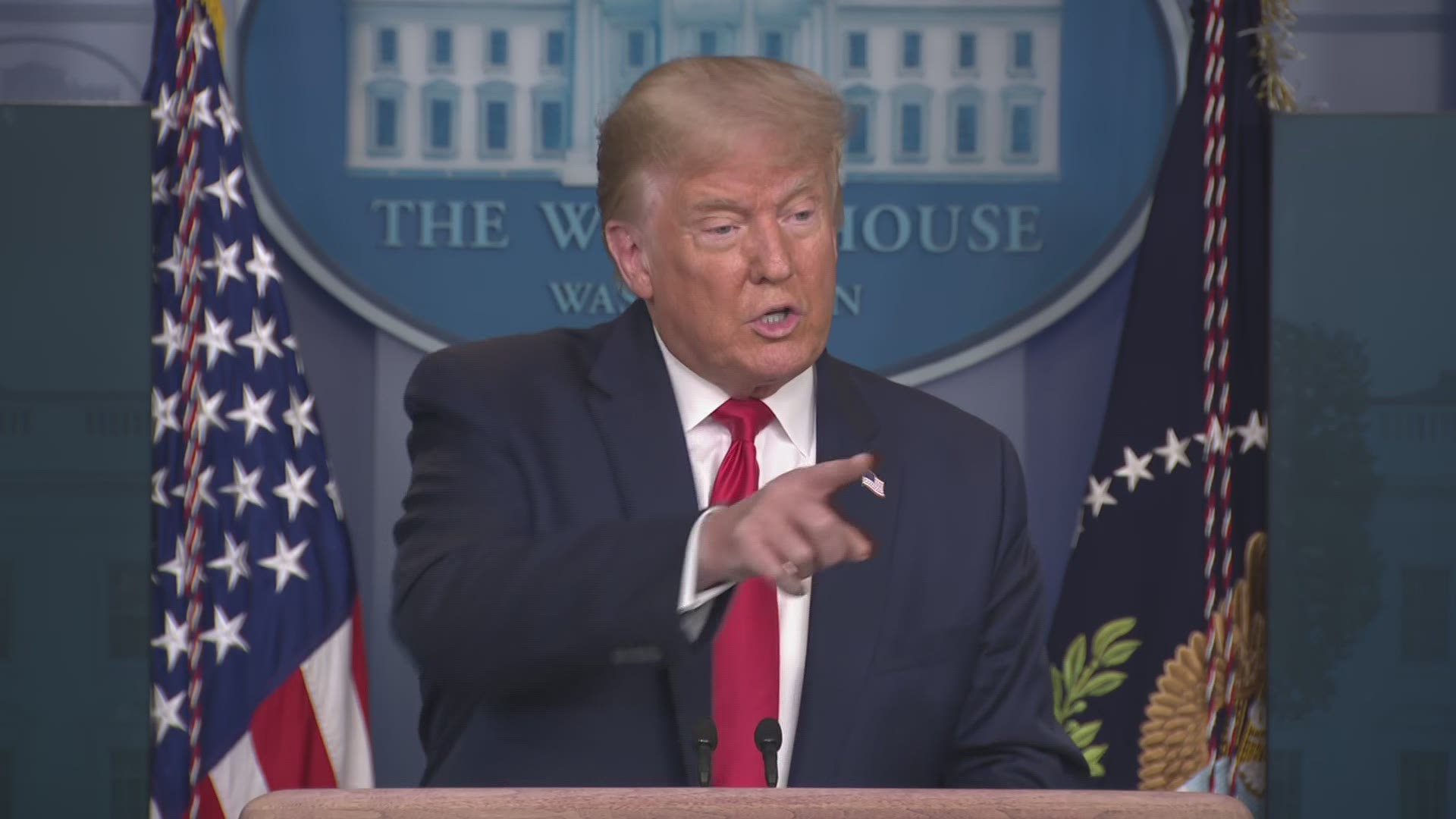 A reporter asked the president about the theory at a White House briefing Friday after Trump tweeted his congratulations to a QAnon-supporting candidate. Marjorie Taylor Greene, who won her House primary runoff in Georgia this week, has called the theory “something worth listening to and paying attention to" and called its source, known as Q, a “patriot.” Trump praised her as a “future Republican Star."

“Well, she did very well in the election. She won by a lot. She was very popular and she comes from a great state and she had a tremendous victory. So absolutely, I did congratulate her,” Trump said, sidestepping the question and ignoring a follow-up before moving on to another reporter.

Trump has a long history of advancing false and sometimes racist conspiracies, including on Thursday, when he gave credence to a highly-criticized op-ed that questioned Democrat Kamala Harris’ eligibility to serve as vice president even though she was born in Oakland, California.

Asked about the matter, Trump told reporters he had “heard” rumors that Harris, a Black woman and U.S.-born citizen whose parents were immigrants, does not meet the requirement to serve in the White House. The president said he considered the rumors “very serious.” Constitutional lawyers have dismissed it as nonsense.

The episode echoed Trump's rise in conservative politics as a leader of the so-called “birther movement” that questioned whether Barack Obama, the nation’s first Black president, was eligible to serve in the job. Only after mounting pressure during his 2016 campaign did Trump disavow the claims.

QAnon has ricocheted around the darker corners of the internet since late 2017, but has been creeping into mainstream politics more and more. The baseless theory centers on an alleged anonymous, high-ranking government official known as “Q” who shares information about an anti-Trump “deep state” often tied to satanism and child sex trafficking.

Trump has retweeted QAnon-promoting accounts, and shirts and hats with QAnon symbols and slogans are not uncommon at his rallies.

In addition to her embrace of QAnon, Greene has made a series of racist, anti-Semitic and Islamophobic comments, including alleging an “Islamic invasion” of government offices and accusing Jewish billionaire George Soros of collaborating with Nazis.

Those comments had led the No. 2 House Republican, Rep. Steve Scalise of Louisiana, and others to back Greene’s opponent in hopes of denying her the party’s nomination. Since her win, however, critics have largely gone silent. Green still faces a Democrat in November, but the GOP primary was considered the real contest in a district Trump won handily in 2016.

Trump has never publicly addressed QAnon. Asked about the group in 2018, then-White House press secretary Sarah Huckabee Sanders said Trump “condemns and denounces any group that would incite violence against another individual.”