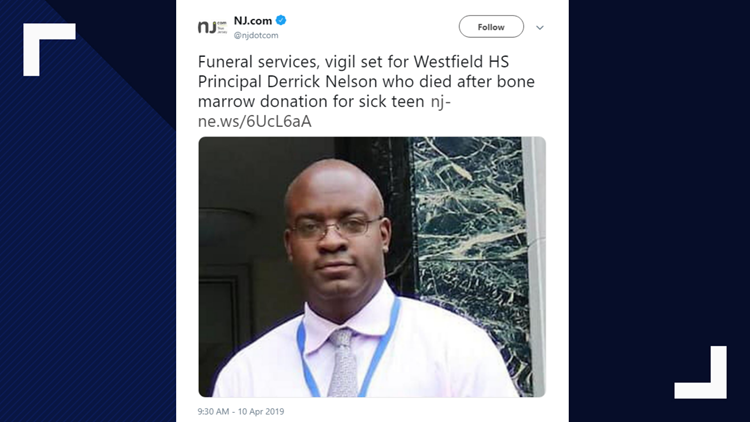 WESTFIELD, N.J. — A New Jersey high school principal has died after slipping into a coma while donating bone marrow to a 14-year-old boy in France.

Family members tell NJ.com that Westfield High School Principal Derrick Nelson underwent the donation procedure at a hospital in February. They say the 44-year-old couldn't speak or move afterward and remained in that condition until he died Sunday.

Nelson's mother says her son went into cardiac arrest during the donation process and that doctors haven't explained why.

Friends say Nelson, who had a 6-year-old daughter, didn't know the French teen he was trying to help.

Nelson also served as an officer in the Army Reserve for more than 20 years and had recently re-enlisted. His military service included an assignment in the Middle East.