The flag has been used by white nationalist groups. 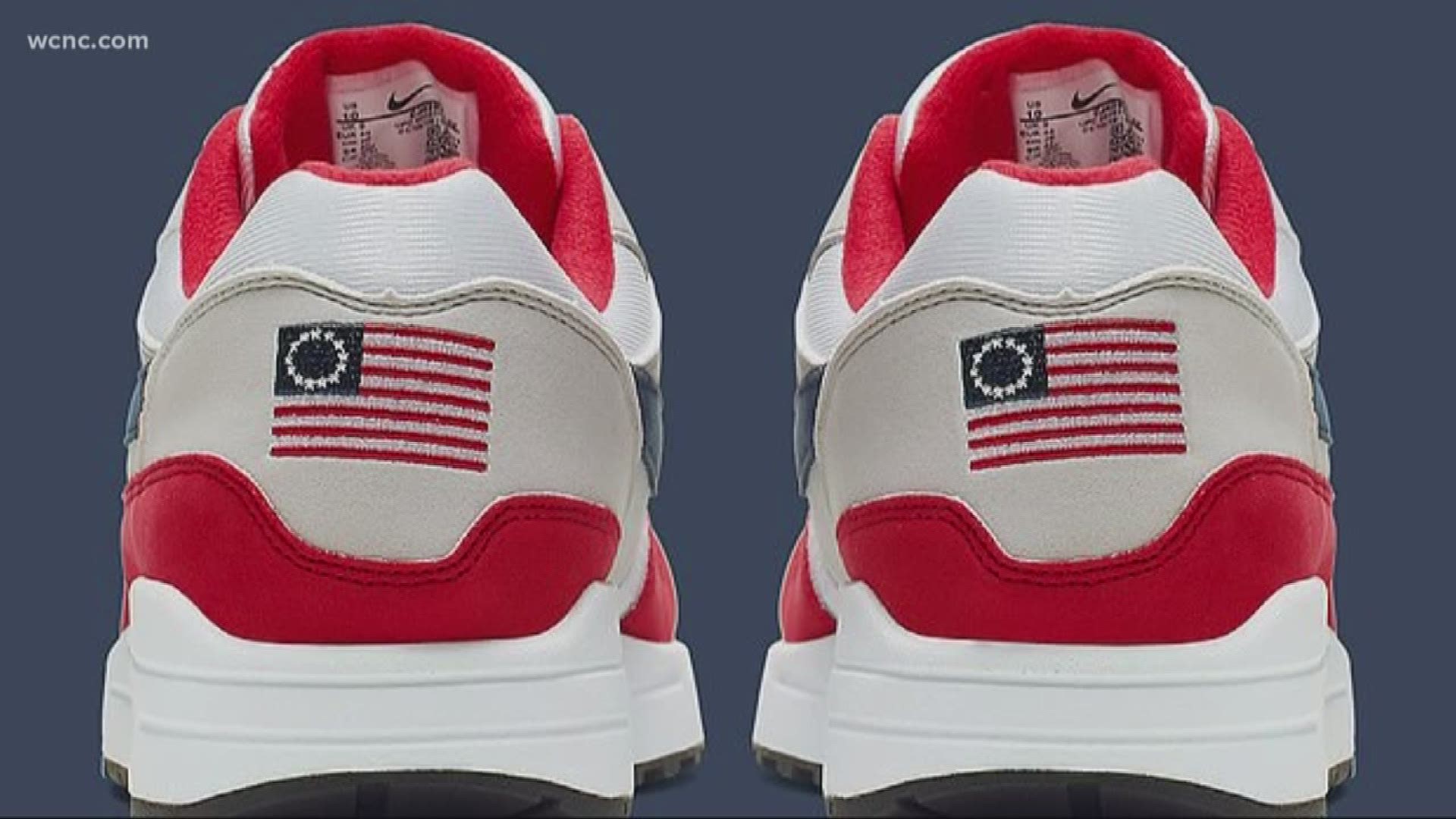 Nike has decided to hold off on selling a shoe that featured the original Betsy Ross-designed American flag. Multiple news outlets report some considered the flag offensive and is known to be used as a symbol by white nationalist groups. The Wall Street Journal reports former NFL star Colin Kaepernick was one of those asking the shoe be pulled.

“Nike has chosen not to release the Air Max 1 Quick Strike Fourth of July as it featured an old version of the American flag,” the company said in a statement.

The Air Max 1 USA was reportedly created to celebrate the Fourth of July and was set to go on sale this week. The heel of the shoe shows the original U.S. flag with 13 stars in a circle.

The shoe never was put in stores or online and retailers were told not to sell it without giving an explanation, according to WSJ.

Kapernick, a social justice advocate who has not played in the NFL since 2016 after kneeling during the national anthem, is currently an endorser for Nike. WSJ reports he reached out to Nike, saying the Ross flag is offensive because of its connection to the slavery era. Others have voiced similar concerns on social media.

Nike was asked if the reason for pulling the shoe had anything to do with Kaepernick, but Nike did not address that in its response to TEGNA.

RELATED: Colin Kaepernick's 'I'm with Kap' jerseys sell out in one day

Betsy Ross is credited with designing and sewing the original flag, although there have been those who disputed Ross was responsible.The 13 stars in a circle was meant to represent the original 13 colonies of the United States. According to History.com, George Washington originally wanted stars with six points, but Ross talked him into five-pointed stars.

Credit: AP
Bestsy Ross shows the first American flag she made to George Washington and his aides in her Arch Street home in Philadelphia in 1776. (AP Photo)

Groups such as the American Nazi Party have been known to display the flag.

In September 2016, a Michigan school superintendent sent a letter apologizing after students displayed the flag alongside a Trump "Make America Great Again" flag at a football game. According to mlive.com, Forest Hills Superintendent Dan Behm said it was inappropriate to bring partisan politics into the game and added that the Ross flag.

"And, to wave a historical version of our flag, that to some symbolizes exclusion and hate, injects hostility and confusion to an event where no one intended to do so," Behm addded.

There was reaction on both sides of Nike's decision. Arizona Governor Doug Ducey lashed out at Nike over Twitter, saying that he is asking the state's Commerce Authority to withdraw all financial incentives for the company to locate there.

Some urged people to #boycottnike.

Some, including those who have voiced support for Kaepernick, felt this might be taking political correctness too far.

Others supported the move, citing the flag's history and links to use by white nationalists.