Richard and Alisa Rushing called the Seaside Seabird Sanctuary after finding an injured eagle in their yard. They have been keeping close tabs on the bird since. 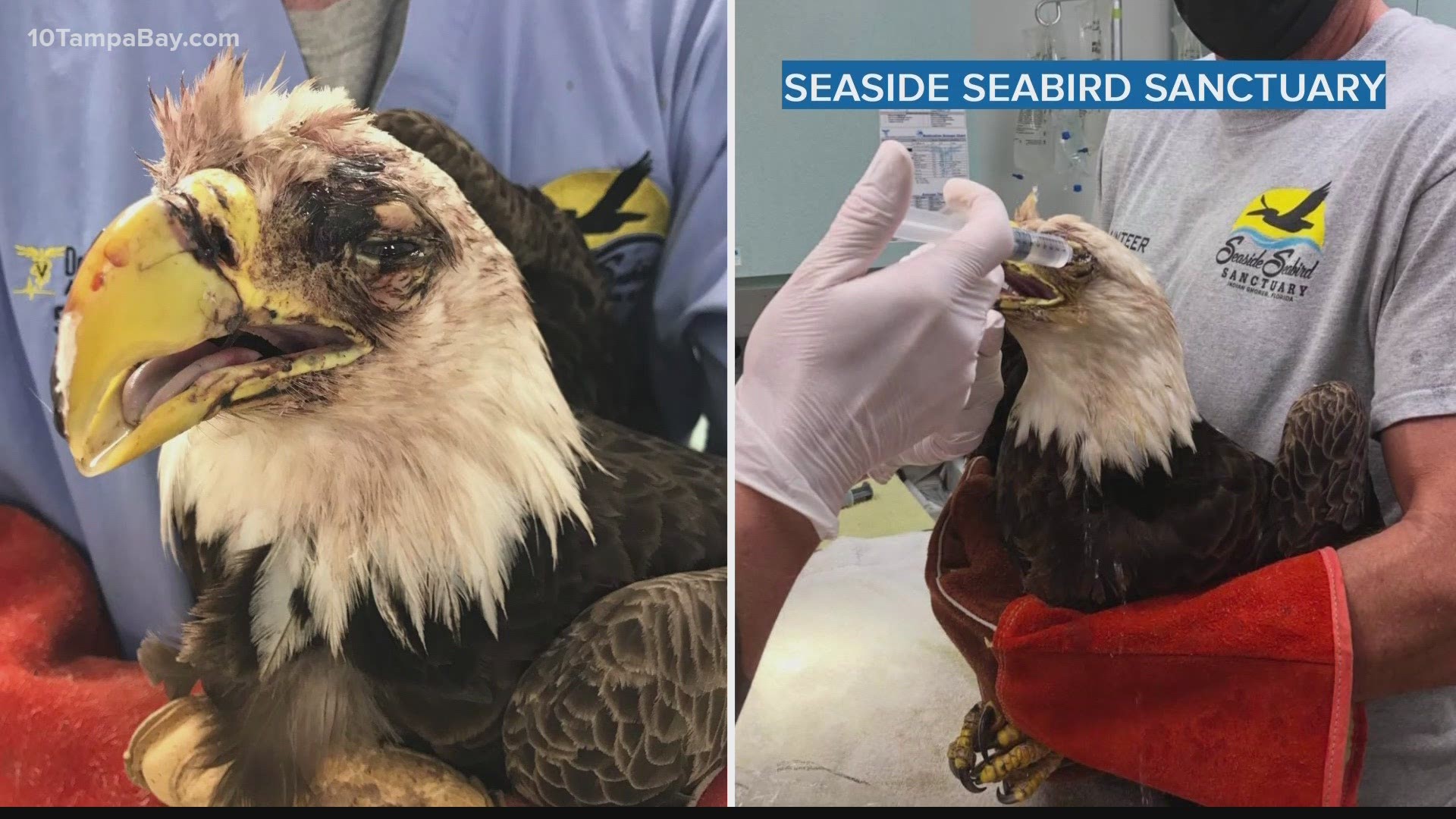 INDIAN SHORES, Fla. — Melissa Edwards smiled as she watched her latest patient swoop back and forth between wooden perches about ten feet off the ground. The unnamed bird kept a close eye on the woman who has been caring for him since early December.

“The goal is to get them out of here as fast as possible,” said Edwards.

Since 2017, she has served as the avian hospital director at the Seaside Seabird Sanctuary in Indian Shores. She and her team of bird experts have been caring for a beautiful bald eagle since getting a phone call about a bird in distress Dec. 10.

“To my surprise, it was a bald eagle,” said Richard Rushing, who saw the struggling bird in his backyard. What he thought was mud on its head turned out to be drying blood.

He ran inside to tell his wife, Alisa, what he’d seen.

Alisa called Seaside Seabird Sanctuary for help. A team of six people went out to rescue the bird from the Rushing’s backyard, including the assistant hospital manager. Capturing a bald eagle can be dangerous because they are powerful birds with sharp talons. The team was able to secure the animal and get it back the hospital, which was just a short drive away from the Rushing’s Seminole home.

“It was all hands on deck,” said Edwards.

This was the first bald eagle admitted to the hospital as a patient. The initial cost was over $200 for the eagle’s first round of antibiotics.

The Rushing family went to see the bird the following day but it was receiving treatment so they could not see it.

The Seaside Seabird Sanctuary has the eagle safe in a large containment area in the back of the facility separated from the other resident animals.

“We don’t want them to become habituated or used to people,” said Edwards.

They have shared the eagle’s recovery story through pictures on Facebook. Hundreds of people have commented, liked, and shared the posts.

That support means a lot to the staff.

“It’s really nice to see the Rushing family so invested in his care,” said Edwards.

Instead of Christmas presents this year Richard and Alisa made donations to the bird sanctuary in their family member’s names. The sanctuary expects to get the eagle back to the wild soon. The Rushings expect to be there for the release.

“If it wasn’t for the Seabird Sanctuary this eagle would have died,” said Richard. “We didn’t know where else to turn and I’m glad they were there.”