Trump asks if Americans will 'demand' he stay after two terms

The 22nd Amendment to the Constitution prohibits being elected to more than two terms as president. 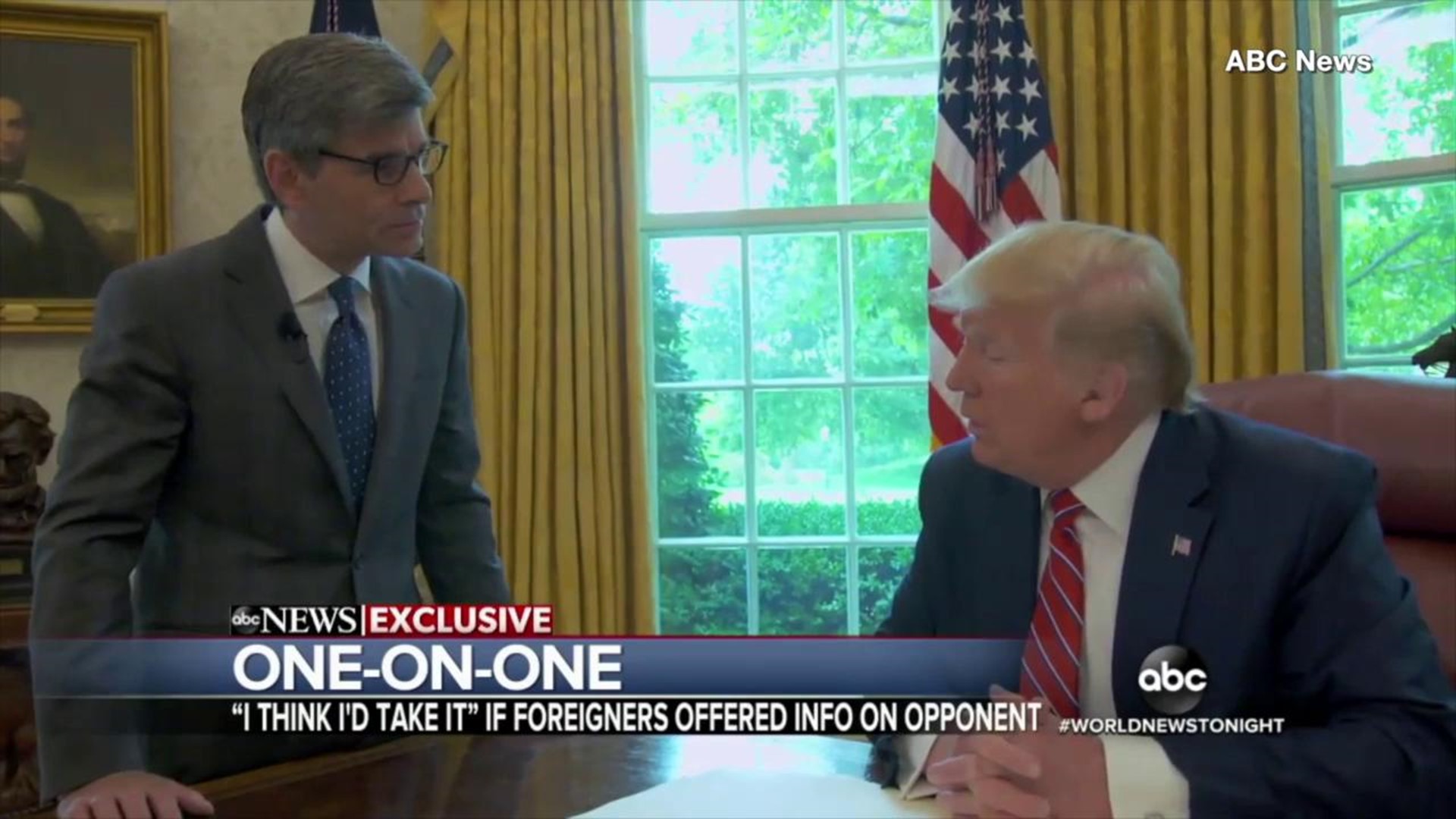 President Donald Trump on Sunday asked whether his supporters might "demand" he not leave office after two terms.

"A poll should be done on which is the more dishonest and deceitful newspaper, the Failing New York Times or the Amazon (lobbyist) Washington Post! They are both a disgrace to our Country, the Enemy of the People, but I just can’t seem to figure out which is worse? The good news is that at the end of 6 years, after America has been made GREAT again and I leave the beautiful White House (do you think the people would demand that I stay longer? KEEP AMERICA GREAT), both of these horrible papers will quickly go out of business & be forever gone!

The 22nd Amendment to the U.S. Constitution, ratified in 1951, states a president shall be elected to the office no more than twice. It was ratified six years after the death of President Franklin Delano Roosevelt, the only president to be elected to four terms.

It's not the first time Trump has made such a suggestion in regards to presidential tenure.

In a speech before Republican donors in March 2018, President Trump commented on how Chinese President Xi Jinping had recently been able to suspend term limits in his country, essentially allowing him to become president for life.

"Maybe we'll have to give that a shot some day," Trump said in an audio obtained by CNN. In the audio, Trump did not specifically reference his own tenure.

Jerry Falwell Jr. suggested in May that Trump should have two years added to his first term for what Falwell called a "failed coup." It came after the completion of Robert Mueller's investigation of Russian interference in the 2016 presidential election.

House Speaker Nancy Pelosi said in a May 4 interview with the New York Times that she believes Trump would not voluntarily leave office if he loses by a slim margin in 2020.