States must provide $100 of the $400 per week aid, but there are concerns about whether they have the money and how quickly they can implement it. 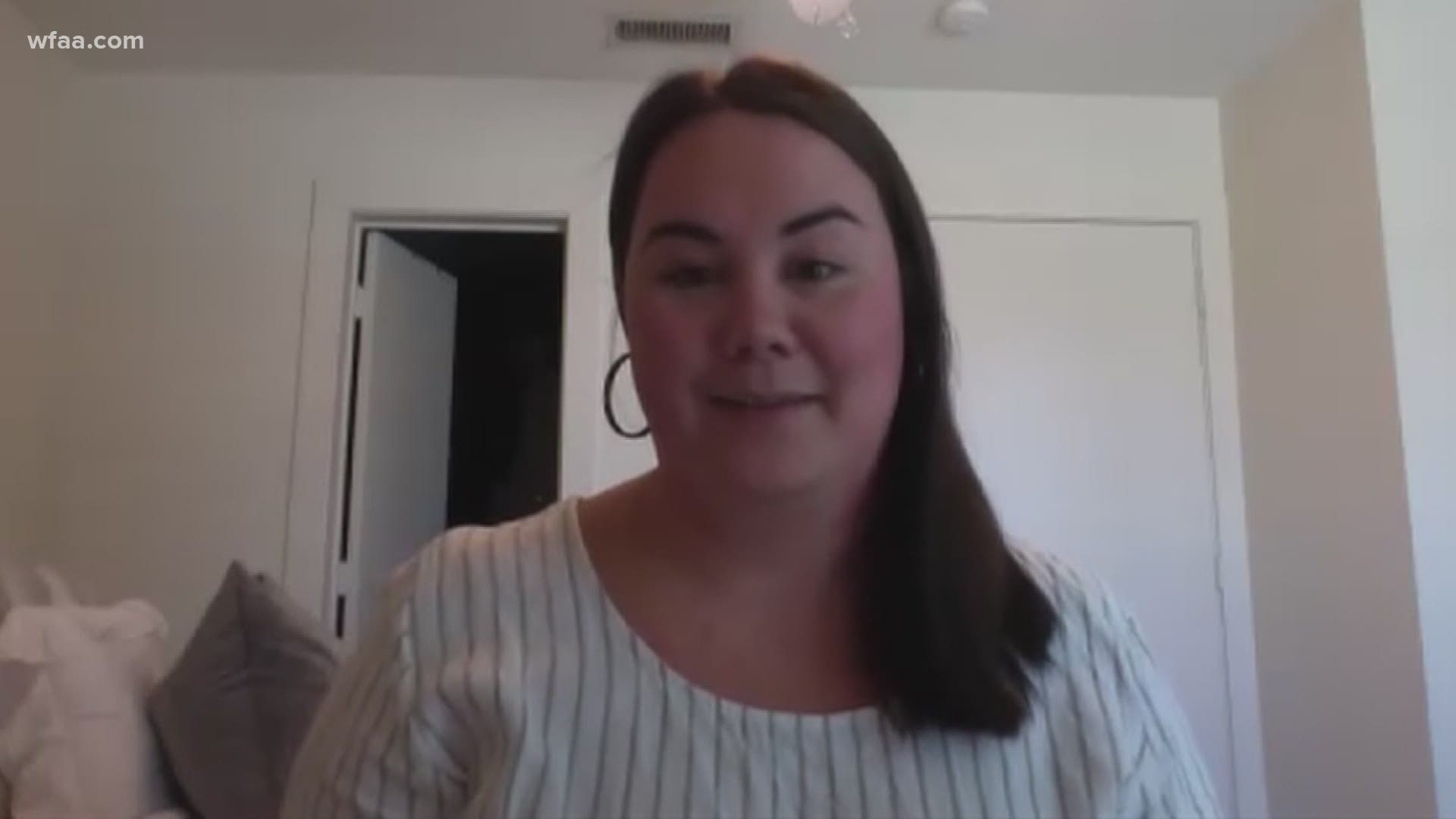 RICHMOND, Virginia — Governors and state labor department officials were scrambling Monday to determine whether they could implement President Donald Trump’s executive order to partially extend unemployment assistance payments to millions of Americans struggling to find work in the pandemic-scarred economy.

Trump’s order allocates $44 billion in federal dollars from FEMA's Disaster Relief Fund to boost unemployment aid for the jobless and calls on states to kick in roughly $15 billion. The Trump administration says states can pull from federal coronavirus relief funds already distributed to states earlier in the crisis.

But some states have already fully allocated that money for other critical needs.

Trump's actions on unemployment insurance and other relief aid were another expansive flexing of presidential authority that could usurp Congress's power to approve federal spending.

The order extends additional unemployment payments of $400 a week to help cushion the economic fallout of the pandemic. Congress had approved payments of $600 a week at the outset of the outbreak, but those benefits expired Aug. 1 and Congress has been unable to agree on an extension.

Many Republicans have expressed concern that a $600 weekly benefit, on top of existing state benefits, gives people an incentive to stay unemployed. The White House described the $400 level as an appropriate compromise, and top administration officials including Vice President Mike Pence on Monday urged governors in a private call to pressure Democratic lawmakers to come to a deal.

But Democrats have dismissed Trump's executive order as a hollow political gesture — not to mention legally questionable — that could ultimately leave millions of Americans without much-needed aid. Several governors said their states simply couldn't afford to chip in a quarter of the cost, even with the relief money previously approved by Congress.

That share would cost California $700 million a week, Gov. Gavin Newsom said Monday. The state has already allocated 75% of the money that came from an earlier congressional package.

“There is no money sitting in the piggy bank,” Newsom said. “It simply does not exist."

As Democrats grumbled that Trump’s executive order was unworkable, top administration officials contended that Trump was taking action while House Speaker Nancy Pelosi, D-Calif., and Senate Minority Leader Chuck Schumer, D-N.Y., were sitting on the sidelines — even though the president has not taken any active role in the negotiations.

Trump also took to Twitter on Monday to ridicule Sen. Ben Sasse, calling him a “RINO” — a Republican in name only — after the Nebraska Republican called Trump’s use of executive orders “unconstitutional slop.”

White House press secretary Kayleigh McEnany, meanwhile, asserted that the orders were “entirely within the executive capacity of the president” and pointed to statutes she said supports the legal justification to reallocate funding in times of emergency.

Some state officials, both Democrats and Republicans, said Trump's order could prove to be difficult to implement for technical reasons.

In Virginia, secretary of finance Aubrey Layne said that timing of the distribution of funds could be an issue. He noted FEMA often takes several months to reimburse emergency costs due to a hurricane, but have reimbursed personal protective equipment-related costs in several weeks.

Andrew Stettner, senior fellow at The Century Foundation and an expert on unemployment aid, said that it could take several weeks for jobless claimants to see the enhanced benefit given the states’ difficulties in updating their unemployment systems.

“No one’s getting a payment from this in August. If they’re lucky, they’ll get it in September,” he said.

The $44 billion that the Trump administration has set aside for the unemployment aid would run out in five or six weeks, Stettner added.

State unemployment agencies struggled badly this spring and summer under the crush of tens of millions of applications, and in most cases took weeks to implement the extra $600 payment after it was first approved.

For many jobless Americans, the enhanced benefit has been the difference-maker in keeping their heads above water financially.

“If I did not have (the $600), I probably would not have been able to make it the past two months,” said Rosa Howell-Thornhill, 62, a freelance audio technician from South Orange, New Jersey, who has seen work opportunities dry up.

In Ohio, the benefit might not take effect for weeks as officials sort out guidance from the U.S. Department of Labor for implementing it, said Dan Tierney, a spokesman for Gov. Mike DeWine, a Republican. Tierney said software changes may be required for the state’s unemployment compensation computer system.

Many states also questioned whether they could afford the additional $100 per week in the face of sharply reduced tax revenue.

McEnany told reporters that the statute requires 25% of the unemployment benefit be provided by states. Treasury Secretary Steve Mnuchin reiterated the 25% requirement in a White House call with governors Monday, but also sought to assure governors that the Trump administration would find a way to cover money that states allocate for unemployment through future legislation.

In North Carolina, officials questioned whether it was sound policy to use FEMA funds set aside for natural disasters like hurricanes and tornadoes at a moment when forecasters are predicting a busy hurricane season.

Democratic governors said Trump was attempting to skate around the difficult work of negotiating — something the president as a candidate touted as a natural skill from his real estate career.

Officials in several Republican-leaning states praised Trump for working around Congress to try to help their state’s workers, but some said they were still trying to figure out if the executive order will be workable.

Arkansas Gov. Asa Hutchinson, a Republican, said it would cost an estimated $265 million and “would be challenging and would take some time” to sort out. The North Dakota Job Service, which handles unemployment claims, said in a statement that it had yet to determine “how or when we might be able to implement the actions outlined in the Executive Order and are awaiting further details.”

But Kemp, a Trump ally, offered no details on whether Georgia will contribute state funds toward the $400 weekly unemployment payment.

“We’re digging in on that issue,” said Kemp, who said his office is in talks with Georgia’s labor department and budget planning office.