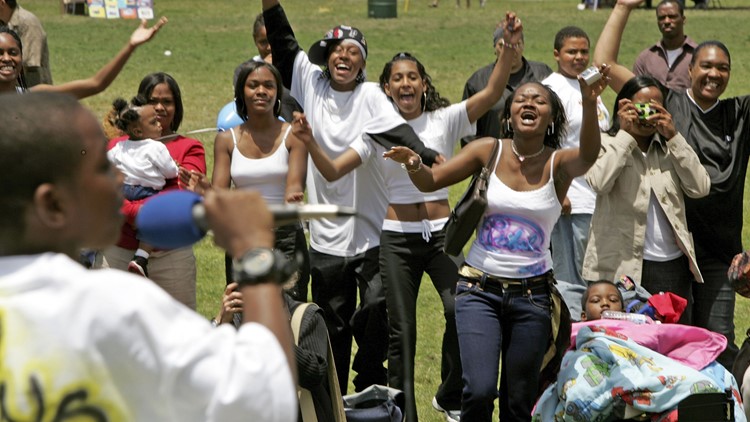 What is Juneteenth? Day marks the end of slavery in the United States

Juneteenth marks the day that Major Gen. Gordon Granger went to Galveston, Texas, to inform them that President Lincoln two years earlier had freed the slaves and to press locals to comply with his directive.
Author: USA TODAY
Published: 2:06 PM EDT June 19, 2017
Updated: 6:44 AM EDT June 19, 2018

Juneteenth is observed on June 19 to commemorate the end of slavery in the United States.

It is also known as Freedom Day or Emancipation Day.

Here's everything you need to know about Juneteenth:

On June 19, 1865, Major Gen. Gordon Granger came to Galveston, Texas, to inform a reluctant community that President Abraham Lincoln two years earlier had freed the slaves and to press locals to comply with his directive.

Why did it take so long for the news to get to Texas?

There is no one reason why there was a two and a half year delay in letting Texas know about the abolition of slavery in the United States, according to Juneteenth.com. The historical site said some accounts place the delay on a messenger who was murdered on his way to Texas with the news, while others say the news was deliberately withheld.

Despite the delay, slavery did not end in Texas overnight, according to an article by Henry Louis Gates, Jr. originally posted on The Root. Gates said after New Orleans fell, many slavers traveled to Texas with their slaves to escape regulations enforced by the Union Army in other states.

The slave owners were placed with the responsibility of letting their slaves know about the news, and some delayed relaying the information until after the harvest, Gates said.

Where does the name "Juneteenth" come from?

Juneteenth is a combination of "June" and "nineteenth," in honor of the day that Granger announced the abolition of slavery in Texas.

How do people celebrate?

On social media, many shared photos of Juneteenth parades that took place over the weekend and others call on the day to be recognized as a national holiday.

In times like these, it is important to mark occasions like #Juneteenth, which commemorates the TX announcement of the abolition of slavery. Joined @Oraatx1, @ALTERforATX, @kathietovo, @chief_manley, @KirkPWatson, Dyana Limon-Mercado & so many other friends for #Juneteenth2018. pic.twitter.com/sjcHBlqVvS

Juneteenth Parade is in full swing in East Austin. The parade will end at Rosewood Park, where there will be food, music and vendors starting at 12 p.m. This is the biggest #Juneteenth celebration in Austin. pic.twitter.com/Ww6BAJJP4T

Happy Juneteenth. America's true independence day, the day freedom was finally bestowed on everyone regardless of race.