The incident happened in Ohio. 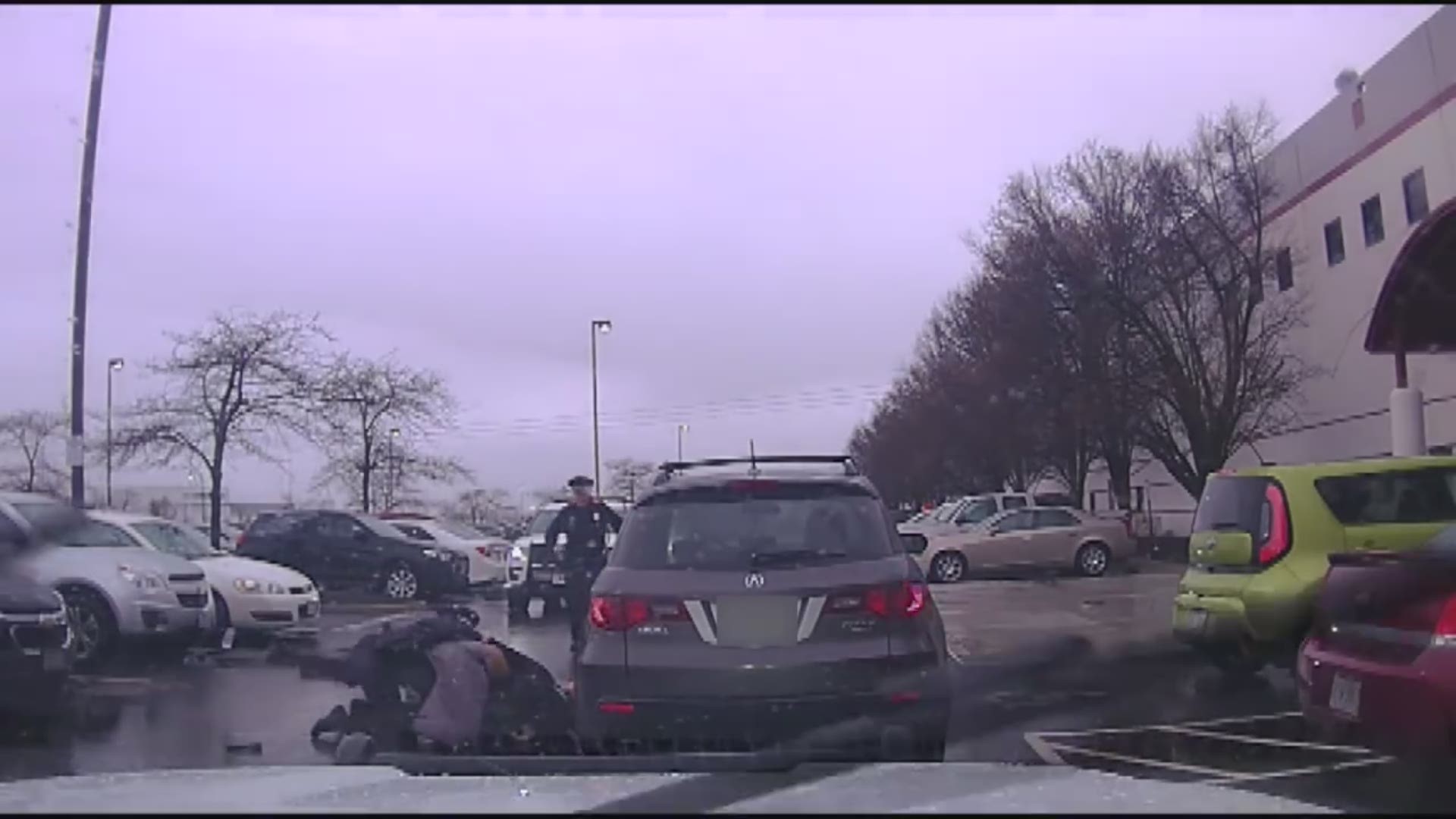 GROVE CITY, Ohio — An Eastern Kentucky University football player from Atlanta was suspended from the team and has been charged after video showed him lifting an Ohio police officer and bringing him down during an arrest.

In the video, he can be seen with his hands up speaking to two officers. When one tries to bring his arm behind his back, he pulls it away, then a moment later turns and tries to get back in his car.

The officers attempt to restrain him at that point, but he picks one up and then brings him back down.

According to court records, Harris is facing a felony charge of assault and misdemeanor charges of resisting arrest, obstructing official business and disorderly conduct while intoxicated.

"Understanding that details of the incident are still under investigation, and, abiding by FERPA laws and regulations, we must respect the privacy of our students," Eastern Kentucky said in a statement to 11Alive sister station 10TV in Columbus, Ohio. "When the facts are established, and the investigation complete, Eastern Kentucky University and EKU Athletics will decide how to move forward responsibly."

Police said they had been called to a business because of a disturbance with an aggressive man who did not work there and wouldn't leave.

Officers believed Harris was intoxicated and did not know where he was or know anyone in the area, according to court records.

Harris is a redshirt sophomore at Eastern Kentucky.