'He loved his country': Friend keeps memory of fallen Macon soldier who died on 9/11 alive with flags, markers 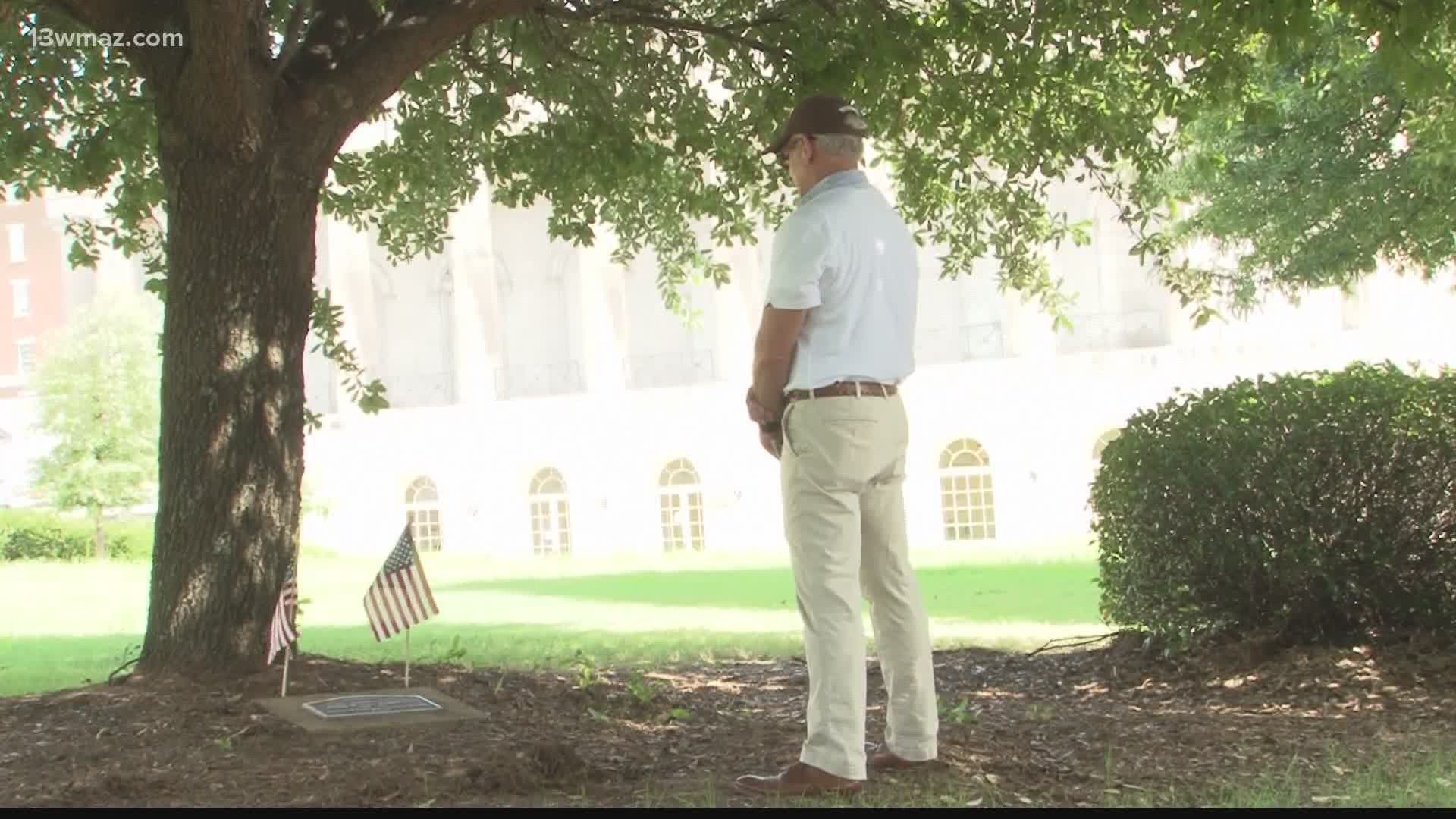 MACON, Ga. — At the corner of Overlook Avenue and Overlook Drive sits a memorial for Wallace Cole Hogan Junior. He died at the Pentagon on 9/11 while he was working in Washington. Andy Greenway makes it his mission to keep Cole's memory alive.

Andy Greenway became friends with the guy from Macon at Valdosta State when they both pledged SAE fraternity.

Now twice a year, Greenway works to respect his honorary brother by placing flags at all three of the markers dedicated to Major Hogan in Macon.

Emergency crews retrieved Major Hogan's remains from the Pentagon and he is interred in Arlington, but he also has a marker at Riverside Cemetery, and even though 19 years have passed for Greenway, 9/11 feels like yesterday.

"Well, I try to remember all the good times we had with Cole," Greenway said with tears in his eyes, "Some of the good talks we had. I miss that. I miss him being around to have a good talk."

Replacing the flags doesn't ease Andy's pain, but it's a way for him to pay tribute  and help the rest of us remember Major Cole Hogan.

Greenway says Major Hogan was an assistant to a top general. He was supposed to leave with that general to attend to other things, but he stayed behind to answer a phone call when the plane hit the Pentagon.

The third marker for Major Hogan sits at Rosa Parks Square in downtown Macon across from the Government Center.