Behind the Lines: Women at Robins AFB

More than 3,500 women work in all different shops around Robins Air Force Base 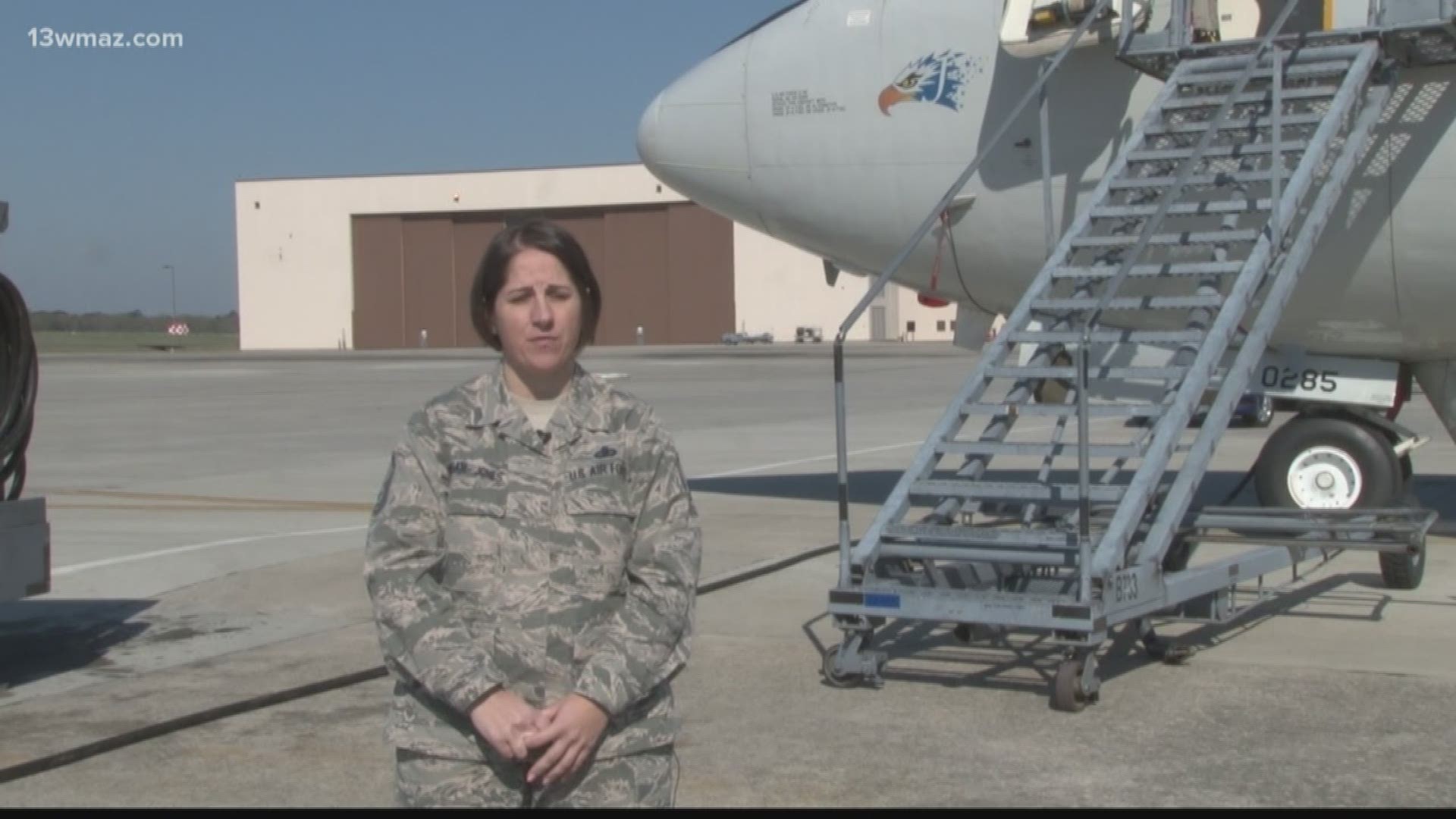 ROBINS AIR FORCE BASE, Ga. — The military was once a career only for men, but we're seeing more women choosing to serve. The latest numbers from the Air Force show women make up 20 percent of its workforce, which is up more than a percentage point from 2015.

Since we're wrapping up Women's History Month, we went Behind the Lines to meet some of the hardworking ladies at Robins Air Force Base.

"I remember it being four ladies when I walked in the door here on the F-15s," she says.

Though she was intimidated by her male co-workers at first, Lance says she made it her mission to prove she belongs there.

"I'm in charge of some of the guys now. That's a big improvement," she says.

She's noticed more and more women working in her shop, and that's true for many areas around Robins.

"In my career field, it's actually been more female-dominant," says MSgt. Bree Morgan-Jones with the 461st Air Control Wing.

She says balancing work and family can be difficult, but she relies on family, friends, and co-workers to help her.

Across the base, Captain Summer Lopez works as the Deputy Director of the Equal Opportunity office.

"My story is a little different," she says. "I was a stay-at-home mom for five years before I joined the Air Force."

She also joined later in life than most, at the age of 33. She says it's not always easy to stand out in a male-dominated field.

"I do get called sir a lot, especially in emails," she says, but she also knows she's right where she is meant to be.

RELATED: ROBINS READY: Everything you need to know to land a job at the base

"There are still days that, even though I've been in for five years, that I stop and I just can't believe that a few years ago, I was at home and didn't have any prospects for a career and now I'm wearing this uniform."

Captain Mandy Kirschke, an Air Battle Manager with the 116th Air Control Wing says she hopes to see that number continue to grow.

"There are so many opportunities out there, so just grab life by the horns," she says.