A Baldwin County veteran says the 9/11 attacks inspired him to serve and now has inspired a new career that is making a splash on social media. 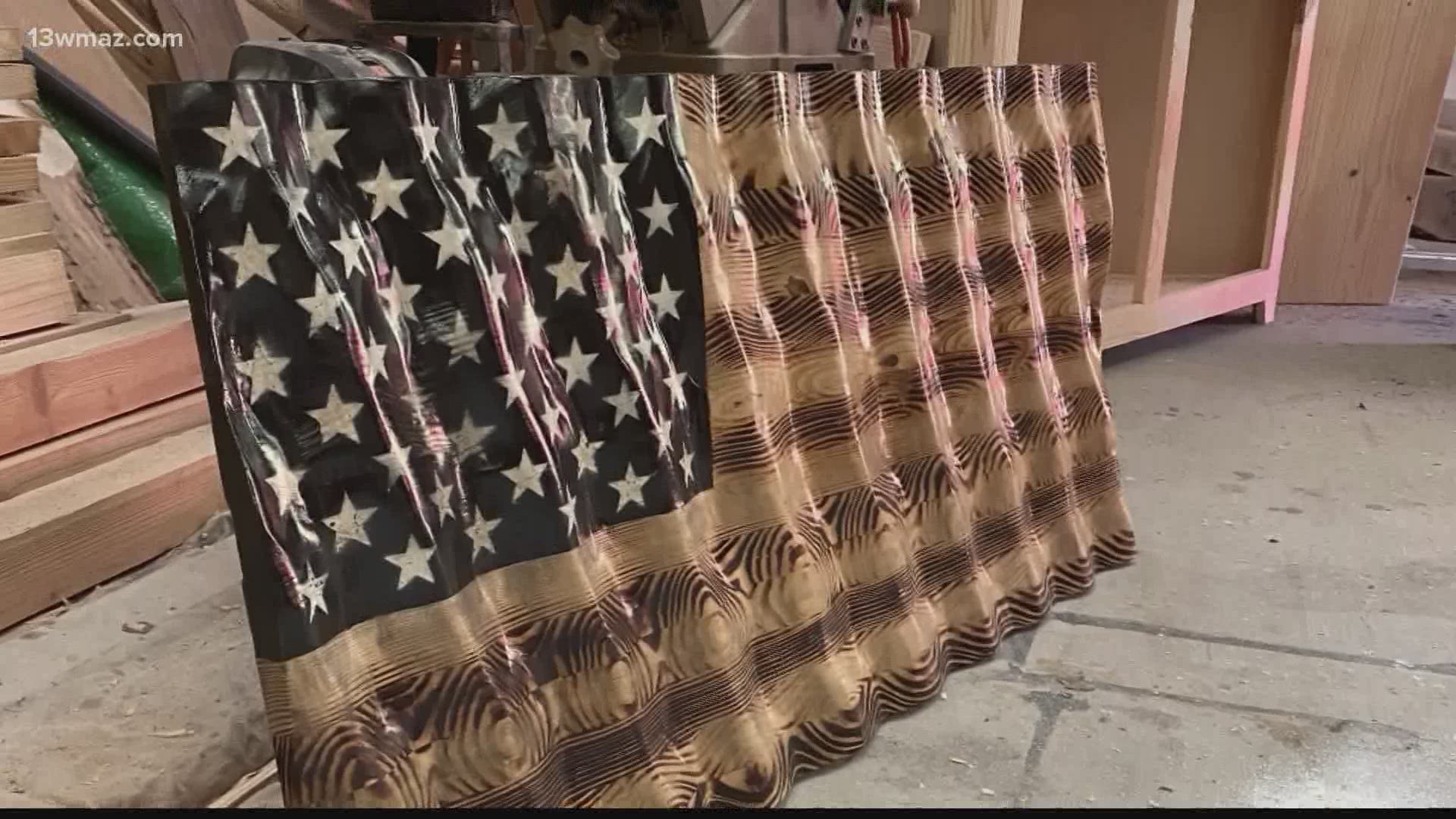 MILLEDGEVILLE, Ga. — Across the country, people are taking the time to reflect on the lives lost 19 years ago. A Baldwin County veteran says the attacks inspired him to serve and now has inspired a new career that is making a splash on social media.

After the attacks on September 11, 2001, Wood knew what his next step would be.

"(I) Did my research joined the Marine Corps, did eight years in the reserves, did one tour in Afghanistan in 2011," Wood said.

After that, Wood came back home to become a deputy in Putnam County where he faced another battle.

Wood says he worked as a deputy for two more years before starting a new mission.

"Everybody refers to me as '135' on the radio at work because that is my badge number, so I'll call it 135 Custom Furniture until I can come up with something better," Wood said.

Wood started off making pallet furniture, but added some red, white, and blue.

"I've been making American flags for probably three or four years now, but I had a buddy who just came back from Afghanistan, requested I make this American flag that is made out of wood blowing in the wind," Wood said.

Wood posted the video of him making wood flags on TikTok racking up millions of views.

"I posted one video of the flag, a bunch of big-name TikTok-ers on there liked it, commented on it, and shared it, then it just kind of went viral," Wood said.

Wood says orders have been flowing in for the flag, which warms his heart.

"The way things are right now, it just blows me away. There are still people out there like me who love our country, love everybody, and just want people to come together," Wood said.