Military veterans & the war on mental health: Here's how you can help

Military personnel face enemies on two fronts, the battle field and the mind. Mission Roll Call is an organization focused on veterans and mental health. 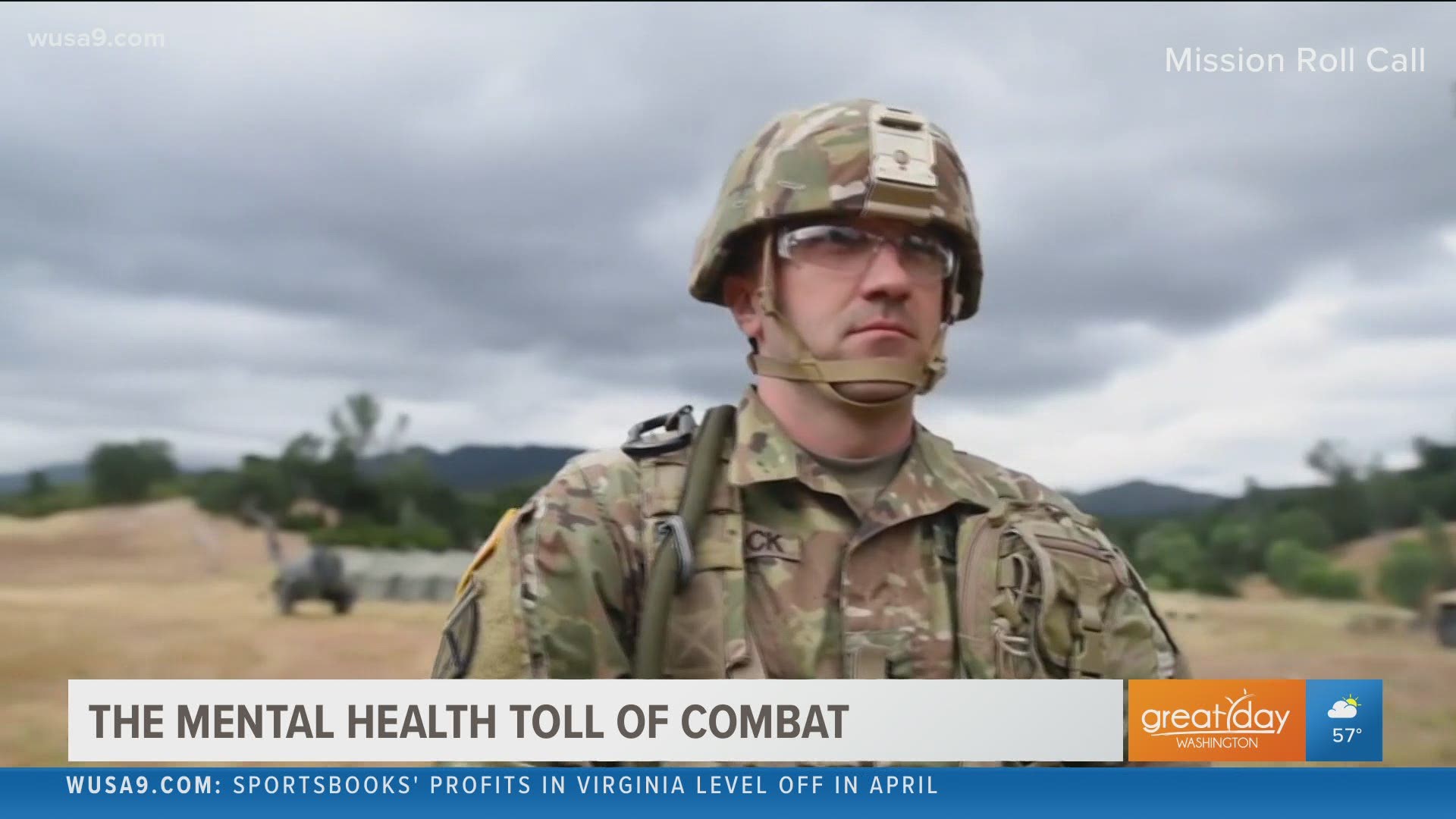 WASHINGTON — For as long as wars have existed, they’ve been fought on two battlefronts – on the battlefield and in the mind. Only recently, however, have the mental health tolls of combat been truly understood or even acknowledged.

The Veteran organization, Mission Roll Call, started out of need for help. The organization provides a powerful, unified voice in policy and advocacy on the issues that are important to them.

According to Garrett Cathcart, the Executive Director of Mission Roll Call, most Americans don’t realize that more veterans have died by suicide since 2005 than the total number of U.S. troops who died in 30 years of war in Vietnam, Iraq, and Afghanistan. By 2018, suicide among veterans was more than 17 per day. And the number of military deaths by suicide jumped 25% from the end of 2019 to the end of 2020.

Sebastian Junger calls the bond shared between service members in war the “core experience of combat.” He writes in his book WAR, “The willingness to die for another person is a form of love, and is a profound and essential part of the experience.”

Because of this, one of the best ways we can honor those who have lost their lives in combat is to take care of their brothers and sisters who made it home.

RELATED: 'You can get through this' | Thousands rally through DC to raise awareness for veterans' issues

This Memorial Day, here are four things you can do:

- Call a veteran you know, even someone who “seems alright.”

- Be open about your own mental health struggles. Make it a part of our daily national conversation, so that we reduce the stigma associated with it.

- Donate to organizations like America’s Warrior Partnership; Team RWB; Tragedy Assistance Survivors Program (TAPS); Gold Star Families; and others that are addressing PTSD and mental health challenges among veterans and their families.

- Ask your senator or congressperson to advocate for changes set in motion by the Mission Act that still haven’t happened. This legislation, passed in 2018, gives Veterans greater access to healthcare in their communities if they can’t get a VA appointment. But veterans are still having issues accessing mental health services.

Cathcart says it’s imperative we remember the importance and significance of Memorial Day but that we shouldn’t feel guilty about spending time with our families and friends during the extended weekends, “A lot of people feel guilty for celebrating Memorial Day with barbeques and time with family and friends. But that’s exactly what the friends I lost during the war would have wanted. That was what they died for. Let’s just make sure we also take care of the people who made it back.”