Stories of Service: Veronica Thompson is small but mighty

The California native has been in the Navy for eight years. She represents the less than 17% of women actively serving in the United States Military. 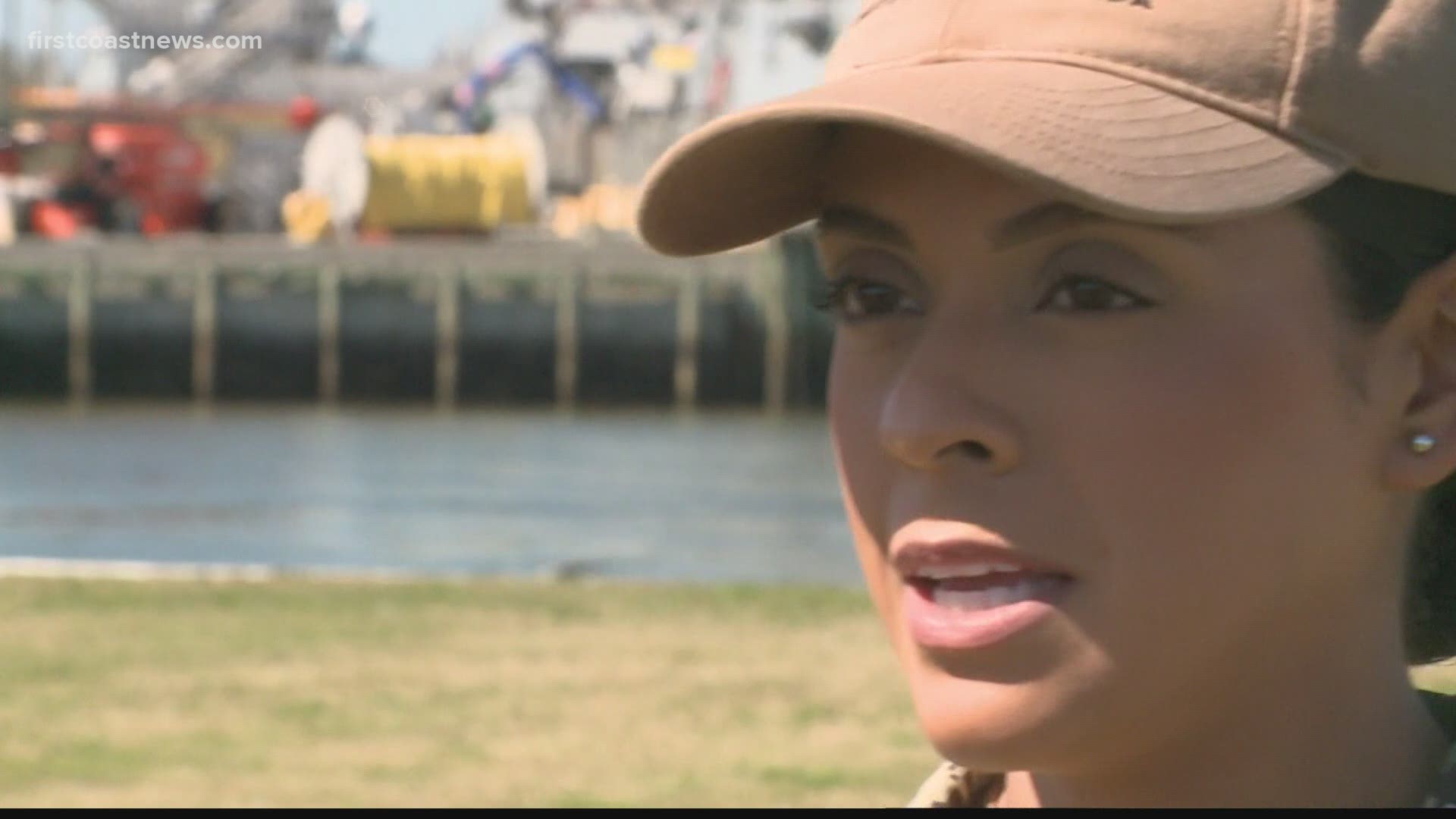 JACKSONVILLE, Fla. — Boatswain's Mate 2nd Class Veronica Thompson may be small in stature, but her confidence is larger than the ships she guides at Naval Station Mayport.

"We're pretty much like a second set of eyes for the pilots that bring the ships in or out," Thompson explained.

Thompson is a Dockmaster in charge of docking and undocking the big vessels.

The California native has been in the Navy for eight years.  She represents less than 17% of women actively serving in the United States Military.

"I feel like as a woman, we get looked (down) upon sometimes in the military, they see a woman and say 'oh she looks like she can't do that.'"

But Thompson says she likes to prove people wrong and break stereotypes.

"Her hair is done too nicely, she doesn't want to get dirty doing certain work," she says. "As a Boatswain's Mate, I have a dirty job."

A dirty job she enjoys and a 3-year-old son who gives her the inspiration to keep doing it.

"He is the reason why I do this," she says. "Why I'm still in. Why I'm still trying to finish out my time and do everything I can to make myself better in this job.  It gets really tough sometimes. But, I do it for him."