'You are not invisible:' Organization aims to help vets struggling with their mental health

As we honor those who gave their lives on this Memorial Day, one woman is taking steps to ensure those who returned from war feel honored too 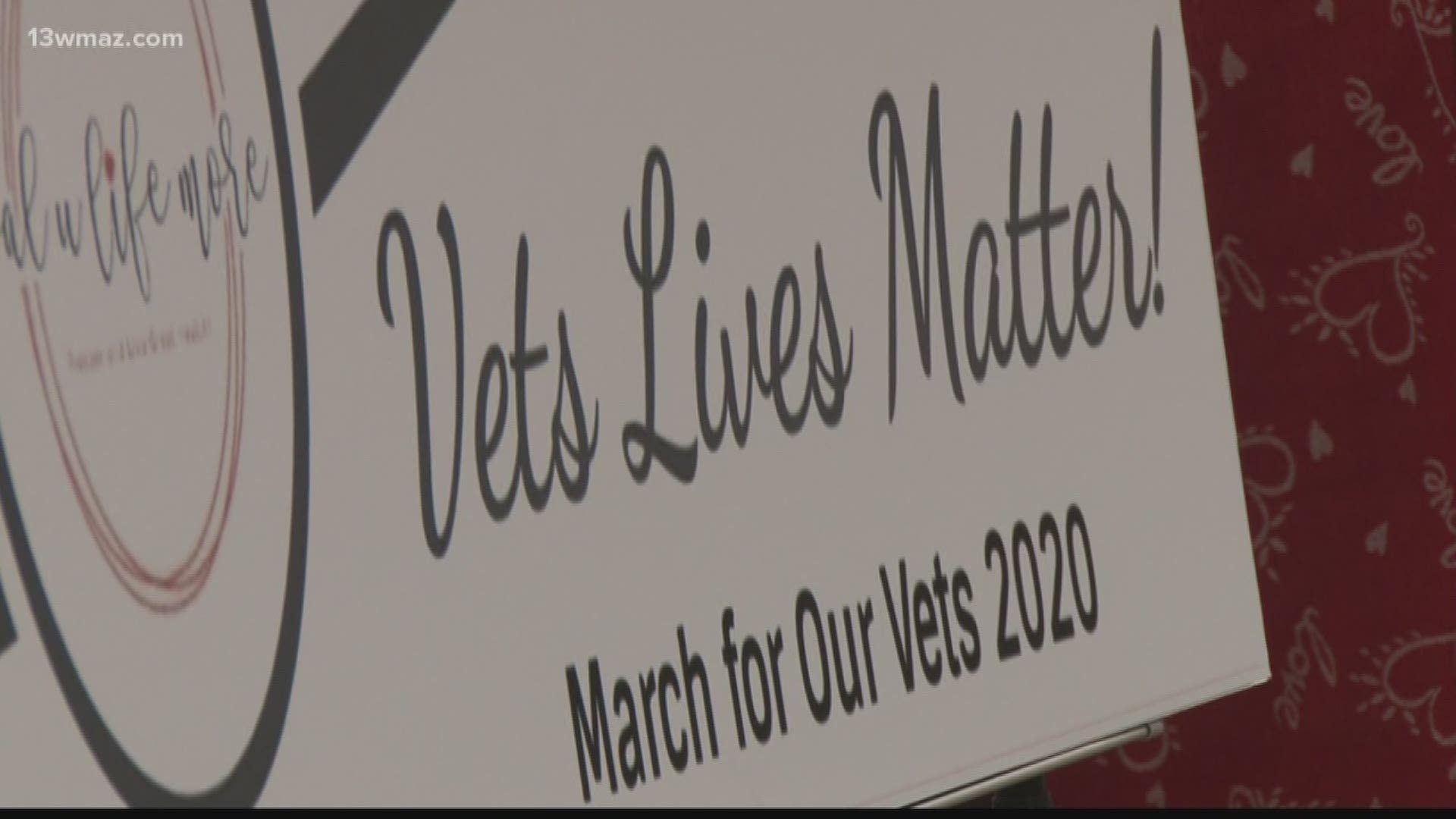 WARNER ROBINS, Ga. — On Monday, Central Georgia veterans and their families gathered at the American Legion in Warner Robins to remember their fallen brothers and sisters.

But this event at Post 594 wasn't only about the dead, it was also about the living.

After once feeling invisible herself, Val McLeod is launching an organization to help every United States veteran feel loved.

"We are here to announce that now we see you! You are not invisible," said McLeod.

Her message to all of the Air Force, Army, Coast Guard, Navy and Marine veterans in the audience was that she wants them to feel valued, appreciated, and loved. That's why she's launching a new nation-wide organization called Vets Lives Matter.

"On average, 20 a day are taking their lives by suicide," said McLeod.

She also referenced the recent public suicide of 28-year old Gary Pressly, who shot himself outside the Carl Vinson VA Medical Center in Dublin in April. McLeod hopes her new organization will help prevent other vets from taking their lives.

RELATED: 'I just wish they would have found him and stopped him:' Central Georgia family mourns after veteran commits suicide

"We need support, because a lot of times we don't know from day-to-day how we're going to be feeling," said McCrea. "It's nice to know there's an organization out there that we can reach out to and find some support."

Vets Lives Matter is also planning a "March for our Vets" in Washington D.C. for this time next year.

RELATED: Army veteran once called his parents to say goodbye as he contemplated suicide. Now he helps other struggling veterans.