President Trump announced the White House will not be canceling the "Salute to America" celebration this year. 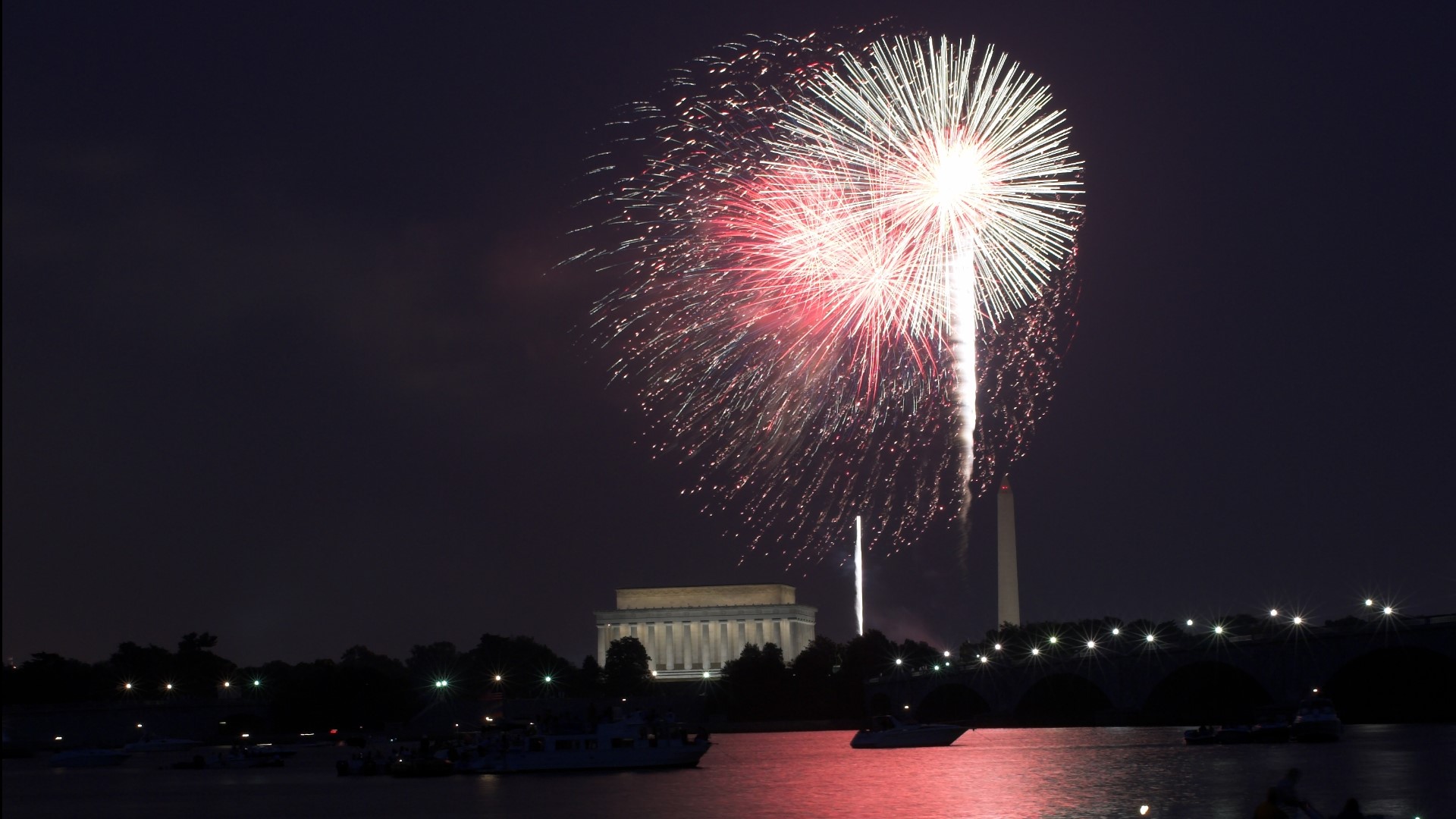 WASHINGTON — Fourth of July festivities will still take place this year says the White House, despite pushback about health concerns amid the pandemic.

On Friday, the White House announced the "Salute to America" planned celebration will still take place on the South Lawn and the Ellipse on July 4. Beyond music and remarks from the president, the event is also set to have a military flyover and "spectacular fireworks" to go off over the National Mall, similar to 2019's event.

The Department of Defense will be working with the White House to put on the event. The flyover will kick off at 6:45 p.m. – 8 p.m.and the annual fireworks demonstration will begin at 9:07 p.m – 9:42 p.m.

To help accommodate for this year's show, the  Department of the Interior also announced they will be providing 300,000 face masks to the public with 100 handwashing stations at the Mall.

The highlight of this year’s celebration will be our salute to the Great Cities of the American Revolution, according to DOD officials. The flyovers will begin in Boston and proceed to New York City, Philadelphia and Baltimore. From there they will join other Department of Defense and heritage aircraft in the Salute to America over our nation’s capital.

In all, roughly 1,700 service members will support the celebrations.

Last year's "Salute to America" celebration caused the National Park Service to redirect at least $2.5 million in visitor fees to help cover the costs, drawing criticism from democratic lawmakers like Mayor Muriel Bowser, who penned a letter demanding President Trump reimburse the District of Columbia for the costs surrounding his inauguration and the Fourth of July Salute to America event.

RELATED: LIST: Here are the expected road closures in DC on the Fourth of July

A Capitol Fourth will also hold their 40th-anniversary presentation for the Fourth of July. The event will be held virtually this year due to COVID-19. It will not be held on the West Lawn of the U.S. Capitol, but will instead be pre-taped without a live audience, PBS announced.

The event will be co-hosted by actor John Stamos and recording artist Vanessa Williams.

This year, several members of Congress, including Virginia Rep. Don Beyer, wrote a letter expressing concerns that this year's event would become a health hazard during the pandemic.

“Given the current COVID-19 crisis, we believe such an event would needlessly risk the health and safety of thousands of Americans," the letter states. "Enforcing safe social distancing and basic event protocol would put  park, event security, and law enforcement officers at risk of contracting the virus, in addition to the increasing use of personal protective equipment that still face supply limitations. "

Phase 2 of DC's reopening plan begins June 22, limiting mass gatherings of people to no more than 50 -- unless on federal property, which DC government can't dictate. As of Sunday, June 21, Mayor Muriel Bowser's office had not released a statement regarding the White House's decision.

A formal schedule of this year's Salute to America events hasn't yet been released from the White House. Last year's remarks at the Lincoln Memorial began at 6:30 p.m, with gates opening at 3:30 p.m.