The complaint alleges that minority voters will be disproportionally affected by restrictions in the law. 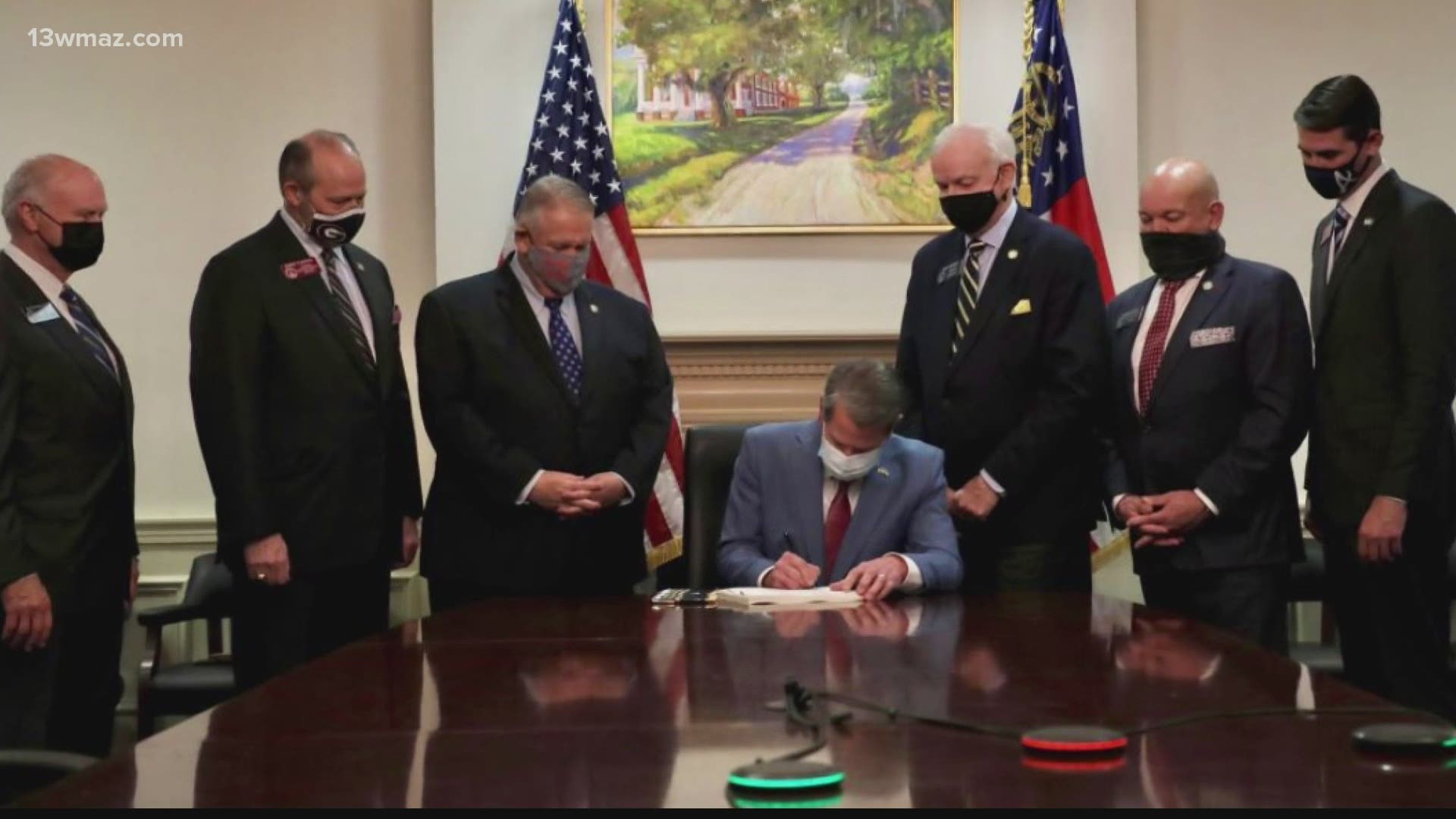 MACON, Ga. — While many Republicans are saying the Election Integrity Act of 2021 restores confidence in the election system, some Democrats and voting rights groups are saying these changes are voter suppression.

The law now faces legal challenges. Three groups have now filed a federal lawsuit against the Secretary of State and members of the state election board, challenging Senate Bill 202.

The three groups --- the New Georgia Project, the Black Voters Matter Fund, and Rise -- filed the suit in federal court on Thursday, challenging the new law.

The complaint alleges that minority voters will be disproportionally affected by this law.

The suit says the law illegally suppresses voters' rights and violates the 14th amendment and the 1965 Voting Rights Act.

"You're making it more difficult to vote for people who are disproportionally impacted, who historically in this country have gone through these burdens to vote," Albright said.

"You want to prevent those communities that came out in large numbers, that used mail in voting, that used drop off boxes, that used early voting and actually increased representation, and increased participation. That should be the bedrock of every Secretary of State's office, right? To make this process easier?" Albright said.

Georgia Election Official Gabriel Sterling says the suit is "very minor and discreet" and that the law is not voter suppression.

"What we are going to do is going to help the voter, expand access and make it all secure all at the same time. They have a narrative for politics, they have to have it. Anything we do is voter suppression. If we passed a bill saying we'll give you $5 to vote, they'll say, 'No, it has to be $10 or it's voter suppression,'" Sterling said.

He says the push for election reform stemmed from disinformation concerning fraud in the 2020 election. However, he claims some of these election changes, that were mentioned in the lawsuit, were needed, including handing out food and drink to voters.

"We literally had people handing out Warnock water, and that really kind of gets around the idea that you're not campaigning. It's a criminal offense to go  campaign within 150 feet and has for decades. This closes that loophole for advocacy groups have been taking advantage of," Sterling said.

Albright added that their lawsuit is a good start, and that she believes more groups will follow in their lead with more suits filed against the state.