April 9, 1968: When Atlanta was the center of the universe

No one knew how Atlanta would react to what would become one of the largest and most emotional funerals in American history, least of all, its mayor. 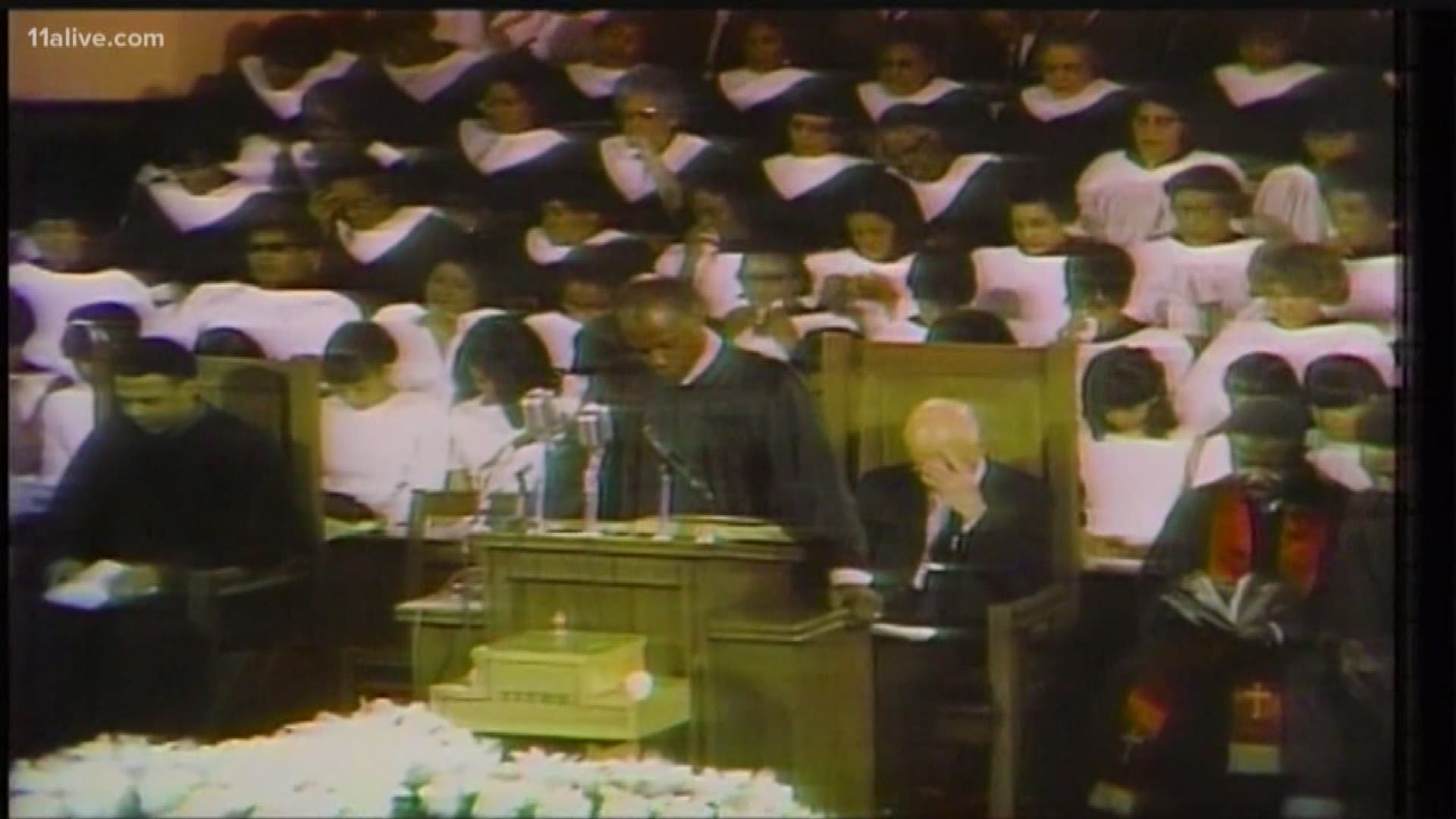 Fifty years ago on Monday, April 9, 1968, one of the largest and most emotional funerals in American history was held in Atlanta, when Dr. Martin Luther King, Jr., was laid to rest.

Five decades later, questions remain and debate continues over King’s legacy of equality, nonviolence and justice. But perhaps King's never-ending message of peace was best exemplified by the men and women who led his city through the anguish, confusion and turmoil following his murder; none of whom, at the time, could be certain just how Atlanta would react.

In 1968, Ivan Allen Jr. was entering the final year of his mayoral tenure. He’d been elected to replace the retiring William B. Hartsfield in 1961. Allen, according to then-police chief Herbert Jenkins, had overseen the integration of the city’s swimming pools, as well as hotels and restaurants, the last major institutions that dealt with the public which had yet to integrate.

In 1966, two race riots in Atlanta came after two black men were shot, one by an Atlanta policeman and the other by a white passing motorist.

“But by working with black leaders and under the strong leadership of Mayor Allen, the rioting was halted,” Jenkins recalled in his book, Forty Years on the Force. “It was a time when the atmosphere in Atlanta was ripe for burning and looting, but strong leadership on the part of many quickly restored Atlanta to a state of normalcy. Most importantly there was a rising tide of sentiment within the black community against any further outbreaks of violence.”

On the night of Thursday, April 4, 1968, Allen learned King had been shot while watching TV at home with his wife.

In his book, Mayor: Notes on the 60s, Allen recalled his immediate reaction: “Good God, won’t they ever learn? First Kennedy, now King!”

Allen then called Coretta Scott King, and this, in his own words, was their conversation:

Allen: Have you heard about Dr. King?

Allen: What do you want to do?

Allen: Is there anything I can do for you?

Coretta Scott King: There’s a plane leaving in about 50 minutes, and I would appreciate your help in getting me on it.

Allen and a police escort then raced Coretta Scott King and some of her friends and associates to the airport to board a last-minute Eastern Airlines flight to Memphis.

“As soon as we found the gate and were about to turn into the waiting room, Dora McDonald, Dr. King’s executive assistant, came running after us. She seemed extremely upset,” Allen would write. “She grabbed Mrs. King and said, ‘Coretta, we’ve got to go in here.’ At the same instant, an Eastern official came up to me and said, ‘They’ve got to talk to you over the telephone.’

“I expected the worst, from the look on Dora McDonald’s face. I went to the nearest phone. It was someone identifying himself as an Eastern official.

“ ‘I want to go back and reaffirm your statement and be positive this is right.’

“ ‘Mayor Allen,’ he said, ‘I have been instructed to affirm and reaffirm to you that Dr. King is dead.’"

Allen recalled he “was fairly sure that Coretta knew her husband was dead, but it was my duty to tell her officially.

► This is how Martin Luther King Jr.'s kids found out he'd be been shot

Coretta Scott King then opted to return home to her children, while Allen went to city hall and meet with city leaders to prepare for the hours and days ahead. After midnight, he received a call from Robert Woodruff, the former head of The Coca-Cola Co. who'd developed the small fountain drink company into a global commercial enterprise.

Woodruff, who was one of Allen’s most trusted unofficial advisors, and former Georgia governor Carl Sanders had been paying a personal visit to President Lyndon Johnson at the White House when the shooting happened:

Woodruff: Ivan, how are things in Atlanta?

Woodruff: I want to give you a little advice. You’ve got to start looking ahead.

Woodruff: I mean really look ahead, Ivan. The next four or five days. The problems you have tonight are nothing compared to what’s ahead … The minute they bring King’s body back tomorrow, Atlanta, Georgia, is going to be the center of the universe. I want you to do whatever is right and necessary, and whatever the city can’t pay for, will be taken care of. Just do it right.

“In the spirit of those people who had selfishly made Atlanta into what it was, he was, in one breath, relieving me of any worries such as how we were going to pay for necessary police protection," Allen recalled. "I can’t imagine the mayor of any other city in the United States being given a blank check like that, under such trying circumstances.”

'This is a black man’s march, and we don’t want you'

After only a few hours of sleep, Allen met with city department heads around 7:30 am, and put every Atlanta police officer on two, 12-hour shifts.

“We had to be realistic about it,” the mayor recalled. “There would likely be serious trouble, particularly in the black neighborhoods.”

Allen walked up to a towering, 6-foot-5 student who appeared to be one of the march’s leaders, and told him he wanted to participate. “Mayor Allen, we respect you, but this is a black man’s march, and we don’t want you to go with us,” the student said.

The students did allow Allen and Patterson to ride in a police car about 100 yards ahead of the marchers. 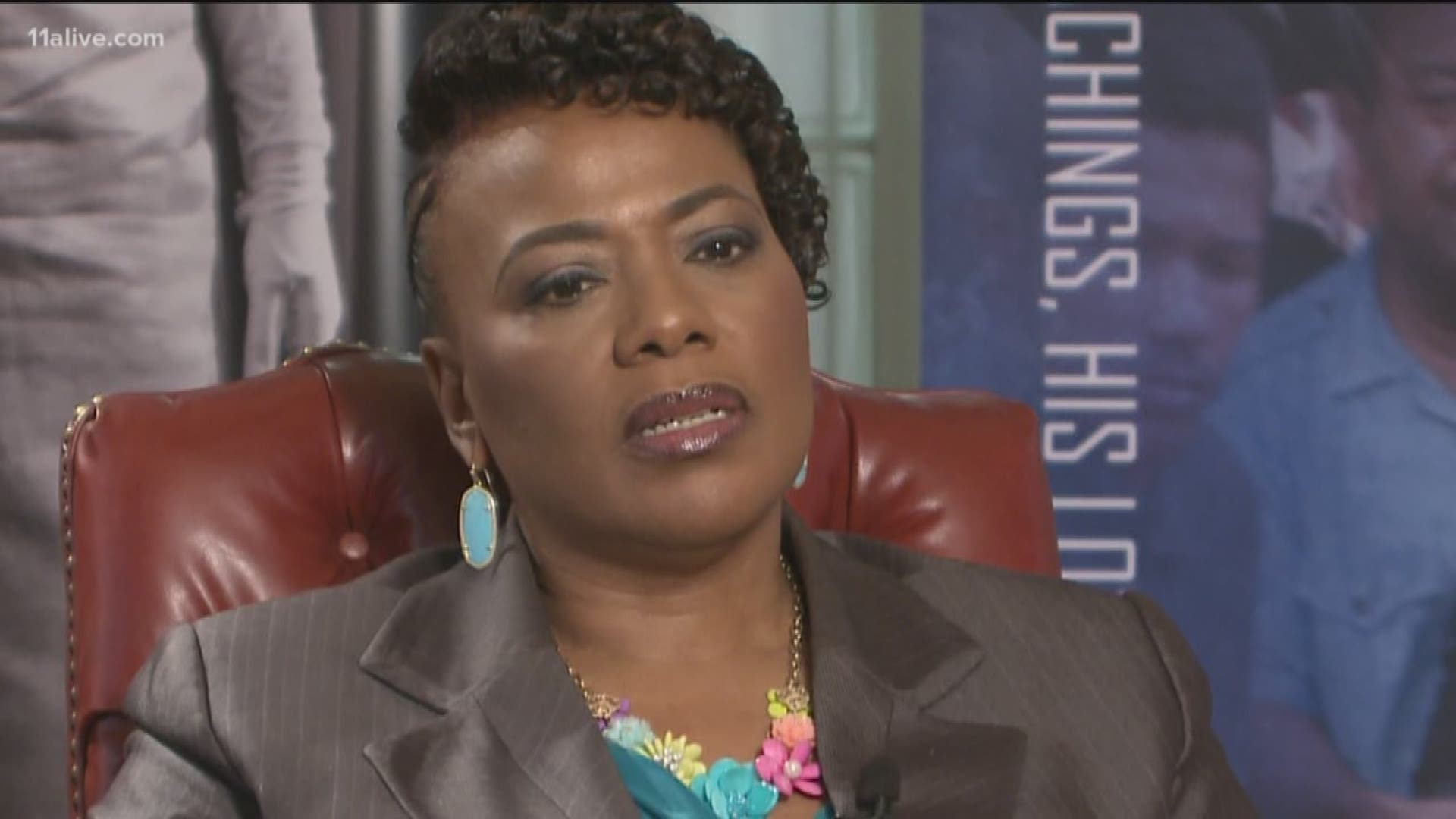 King’s funeral had been set for the following Tuesday, and city leaders were still thinking only about 10,000 people would attend. Allen was “confident the city could handle the situation is we really went to work.

“We might not have been so confident if we had known how really big it was really going to be,” he wrote.

The next night, Allen and Jenkins visited every black neighborhood in Atlanta -- Summerhill, Vine City, Meachancisbille, Pittsburg, Blue Heaven -- and got out of the car in each one, letting themselves been seen.

“Here we were – two white middle-aged, gray-haired men, walking up and down the streets, standing on the corners, talking to the people, trying to show them our concern,” he recalled.

Hundreds of white churches announced they were opening their doors to visitors, black and white. Allen called on Third Army headquarters, which was at Fort McPherson, to distribute hundreds of blankets.

“It had taken us four days to discover the magnitude of it, but now it appeared more than 100,000 people would be coming to Atlanta for the funeral," Allen wrote. "Not only were the white and black churches of Atlanta opening their doors to visitors, but many private homes, black and white, were also offering their rooms.”

Public address systems and portable toilets were needed along the march route, and Allen’s administration was prepared to foot the bill for whatever else was needed. More than 1,000 black students were going to serve as special marshals, with 500 uniformed city firemen and every member of the 1,000-plus police department also on call.

'There would be no violence in Atlanta that day'

On April 9, 1968, an estimated 200,000 people were in Atlanta for the funeral; Allen recalled that all of them were seemingly trying to cram into an Ebenezer Baptist Church that could only hold 800. Many businesses closed for the day, and inside the church was “the greatest galaxy of prominent national figures there had ever been in Atlanta,” Allen recalled, among them Robert Kennedy, George Romney, Jacqueline Kennedy, Richard Nixon, Nelson Rockefeller, Hubert Humphrey, Harry Belafonte, Wilt Chamberlin and James Brown.

When the service was over, then came the time of the long march to Morehouse College. Thousands marched behind King’s casket that was pulled by a mule-drawn wagon, whose idea it was came from Hosea Williams.

“These thousands of people would march and sing ‘We Shall Overcome,’ would march and dab at their tear-streaked faces with handkerchiefs, would march solemnly and respectfully in memory of a man who had dedicated his life to the theory of nonviolent protest in the behalf of the dignity of man,” Allen recalled.

“There was going to be no violence in Atlanta that day.

“In all of my apprehensiveness, I had failed to reckon with one great factor: the entire mass of nearly 200,000 mourners, every single of them, was trying to honor Martin Luther King Jr. just as he had lived his life. Just as he would have wanted it.”