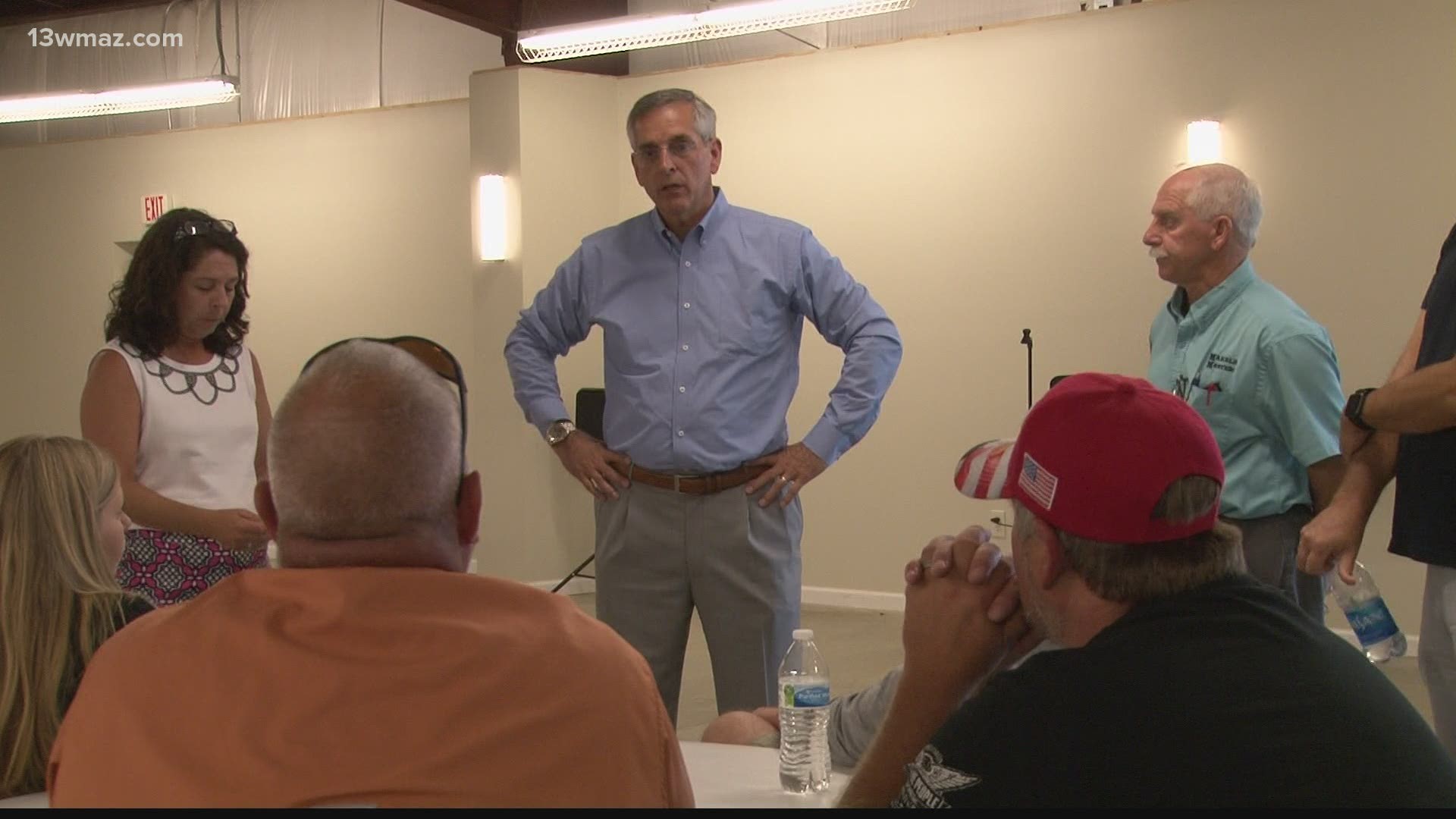 Thursday, some members of Bibb County's Republican party held up signs to protest the Secretary of State Brad Raffensperger.

They're unhappy that Raffensperger failed to overturn the state's election results that showed Joe Biden as the winner here.

Last year, Diane Vann of Macon signed up to be a poll worker for the 2020 election.

"They were losing poll workers due to the COVID-19 scare," said Vann.

On Thursday, she stood among eight others, including David Sumrall Chairman of Bibb County's Republican Party, to protest how Secretary of State Brad Raffensperger handled the election.

Vann said, "He was responsible for saying nothing was wrong, nothing could be done with those machines and obviously, not telling the truth. I'm here."

This week, Sumrall and local Republicans issued a news release from accusing election officials of switching 12,000 Bibb County votes from Trump to Biden on the night of November 4th.

Sumrall said, "Thousands of absentee ballots came in. I was a poll worker. Yes, I was present, but we couldn't see anything!"

They say they found no evidence that fraud, or errors changed the election results.

Raffensperger said as a Republican, he was disappointed, but that the results were accurate.

"We've already done a hand count audit, a recount, and tabulated an election night. Our department is being attacked with untruths," said Watson.

Now, Raffensperger arrived at the Crawford County offices this afternoon for a meeting with county officials.

About nine protesters were there waiting for him with signs protesting the election, but Secretary of State entered and left from the back for the building, so he never met with the protest group.

Thursday afternoon, the Secretary of State's office sent us a response to the protest.

They say Raffensperger meets regularly with groups around the state to answer questions about the election and other issues.

They also said Sumrall should have sent his complaints to the general assembly, which this year decided not to order an investigation of last year's election, because, "They knew the conspiracy theories are mistaken."