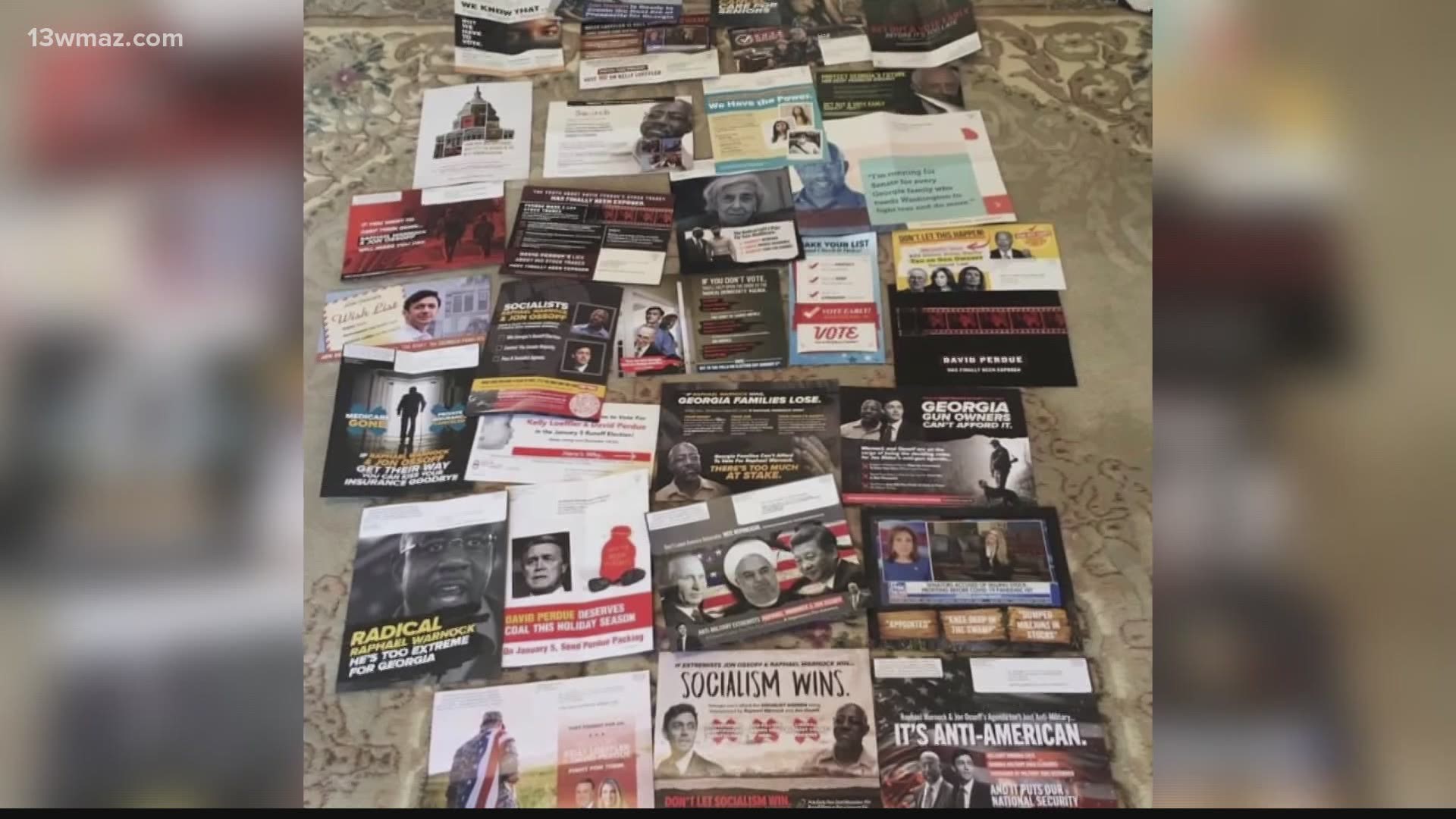 MACON, Ga. — The seemingly-endless election season finally comes to an end Tuesday night, and that means the political ads are ending, too.

Emily Rowland said, "I'm tired of these political ads, I wish they would be over with."

"Anyone should know that their vote counts. We shouldn't have to have a million texts, calls, or ads in the mail to know to vote," Vaclincia Pounds said.

Phillip Byram agreed, "I'm glad the ads are stopping and all of the mail and stuff like that are finally -- FINALLY -- coming to an end," and when asked how many ads they've received in the mail, they say it has been overwhelming.

Political analyst Charles Richardson says he's never seen anything like the money thrown into this election.

He says he was also growing frustrated with political ads. "I almost hated to go out to my mailbox because I already knew what I was going to see. At a particular time, voters minds are already made up, so the ads, no matter who you're for, just get irritating."

Despite the frustration, there's a reason behind the ad overload.

Both parties spent a record-breaking amount of money on the runoff election ads.

13WMAZ received several complaints about the number of political ads, especially over the holiday season, and sometimes about the ads themselves, but by law TV stations cannot refuse to run ads from candidates for federal office and also can't edit their content.