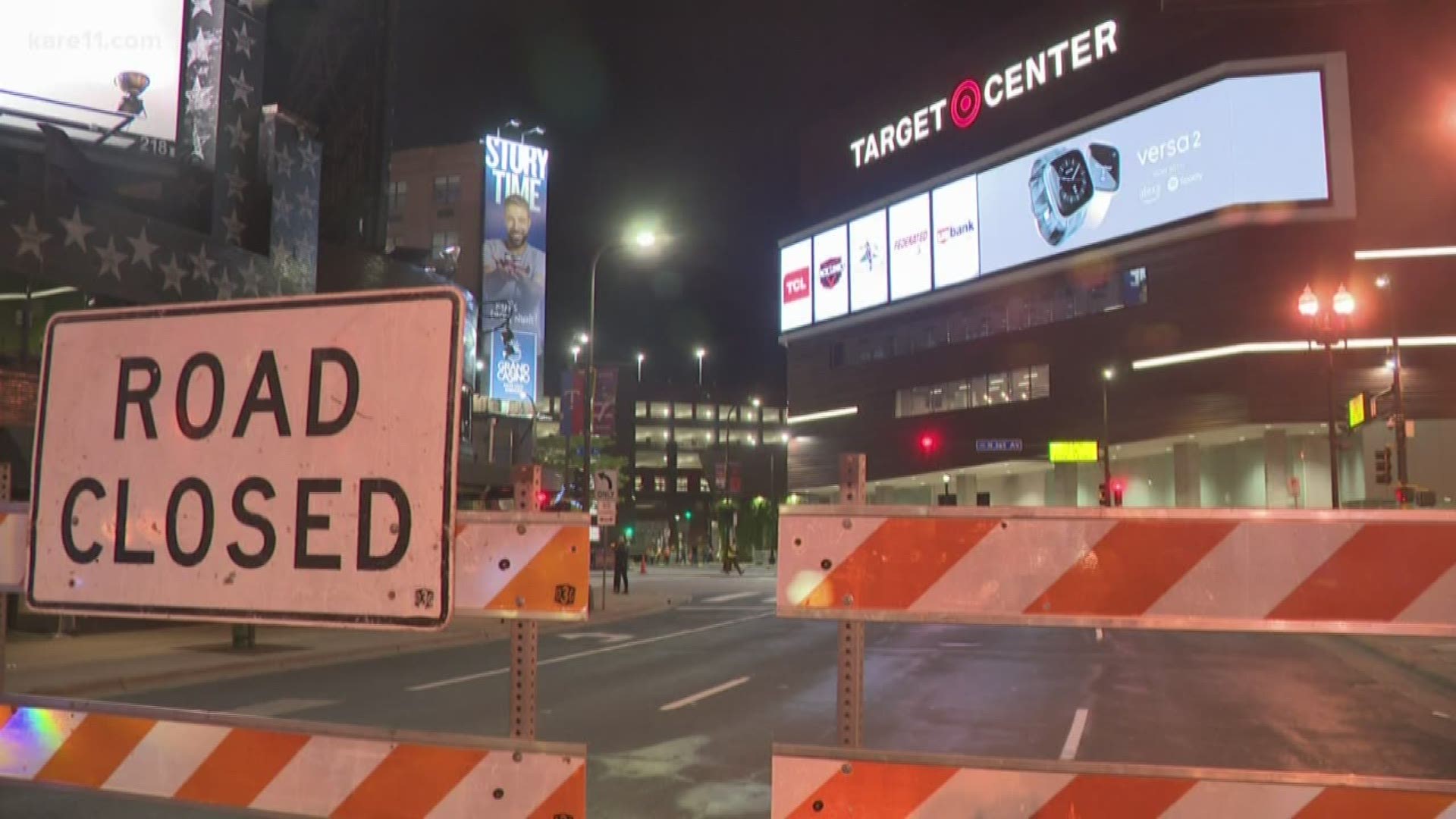 MINNEAPOLIS — The city of Minneapolis began closing streets around Target Center ahead of President Trump's rally at Target Center on Thursday evening.

The following streets will be closed near Target Center, beginning 8 p.m. Wednesday: 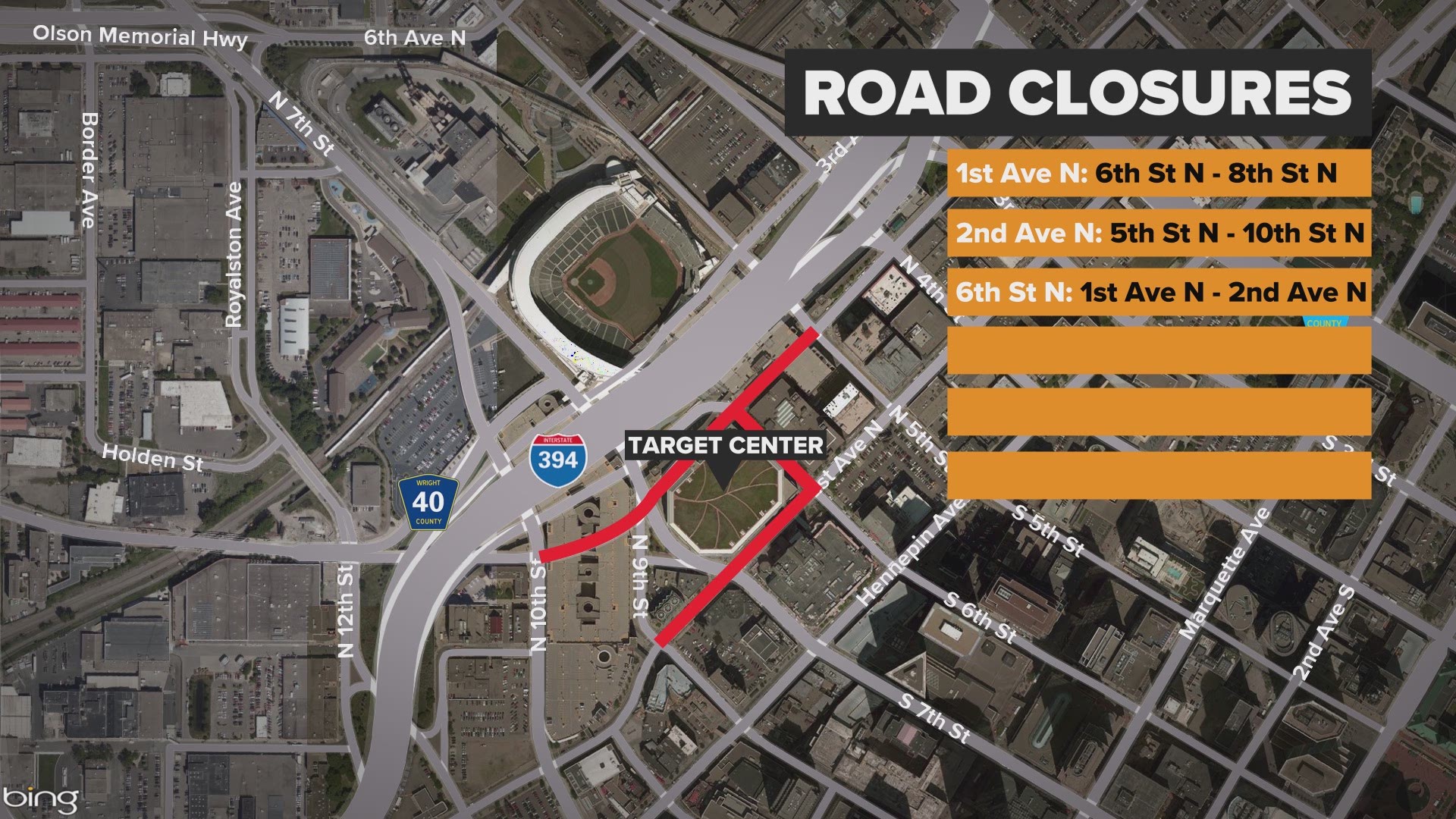 Street parking will be restricted in some areas to facilitate traffic, according to the city.

Metro Transit services are expected to be carried out as normal with detours as needed due to street closures. Users whose routes are affected and are subscribed to receive alerts will receive alerts Wednesday morning.

Shared scooter services will not be available Thursday in Minneapolis.