Starting this week, voters across Central Georgia will decide mayor and council races, elect a new sheriff and decide SPLOSTs and other ballot questions 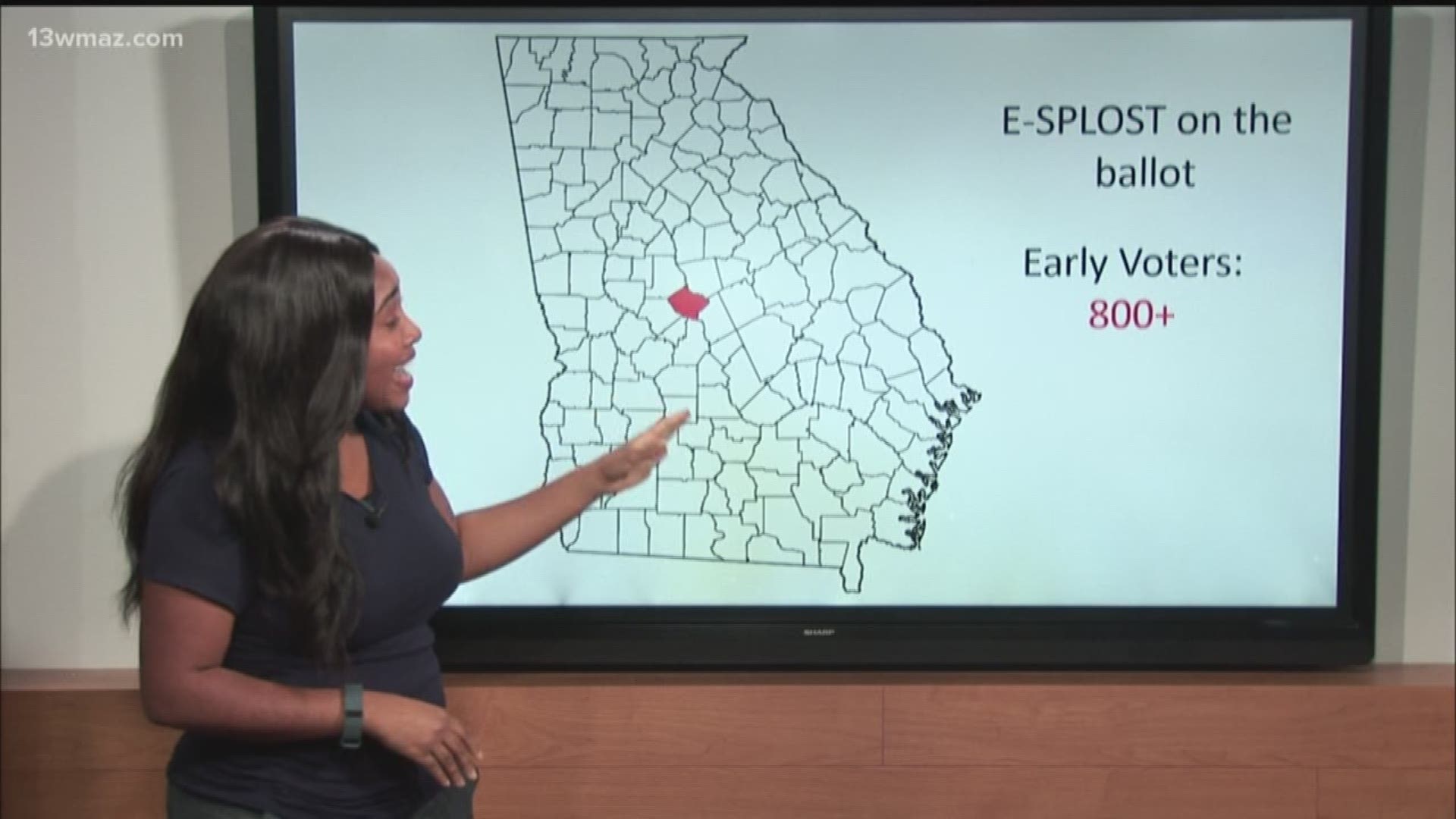 Early voting for the Nov. 5 fall election ends Friday in many Central Georgia cities and counties.

Depending on where they are, voters will decide mayor and council races, elect a new sheriff and decide SPLOSTs and other ballot questions.

Some counties start early voting Monday; others will begin the next day due to Monday's Columbus Day state holiday. For polling hours and places in your county, contact your local board of election.

Here are some of the races and questions:

No Macon-Bibb government seats are up for election this year.

WARNER ROBINS: Three city council seats are on the ballot.

Stephen Baughier, Charles Bibb and Eric Langston are all running for city council at Large Post 2.

CENTERVILLE: One city council spot is at stake: Michael Evans and Susan Lemme are running for Post 3.

Voters will also decide whether to allow Sunday brunch alcohol sales, between 11 a.m. and 12:30 p.m.

DUBLIN: The city district is also asking voters to continue the current education SPLOST. Proposed projects include improvements to Dublin High and other schools.

And Nelson Carswell and Regina McRae are running for an at-large board of education seat.

MONROE COUNTY: Voters will decide whether to approve a five-year SPLOST to pay for transportation projects.

FORSYTH: There are two council races: between Walter Goodson and John Howard in Post 1, and Rosemary Walker and incumbent Melvin Lawrence for Post 3.

PEACH COUNTY: The county is asking voters to approve two SPLOSTS -- one for roads, drainage, and government buildings and the other for the school district. Among other things, the school SPLOST will pay for a new Peach County High School.

And voters will decide two city utility commission races: between incumbent Dolly Horton and Rose Marie Huff Thompson for an at-large seat and Bob Hunnicutt and Connie Tucker for the West Ward seat.

And three people are running in a special election to fill the Post 4 council seat: Farrell Bass, Mitzi Ann Hamlin and Chris Hodges.

CRAWFORD COUNTY: Voters will decide whether to extend the county SPLOST for six years to pay off debt and fund road and bridge improvements, recreation improvements and more.

JOHNSON COUNTY: People in Johnson will vote on whether to approve a six-years SPLOST, raising an estimated $3.6 million, for courthouse improvements, recreation projects, public-safety vehicles, a new Wrightsville City Hall and more.

EATONTON: The city is asking voters to approve two questions -- a "freeport exemption" that says items stored in a distribution center in town would not be taxes and a Sunday brunch vote on whether to allow alcohol sales between 11 a.m. and 12:30 p.m.

TWIGGS COUNTY: Voters will decide whether to approve a five-year SPLOST that would raise up to $2.5 million for roads, bridges, recreation projects, water improvements and more

The county will also vote on whether to allow Sunday package-store sales of alcohol, from 12:30 to 11:30 p.m..

Voters will also decide whether to extend a county SPLOST that would pay off debt from building a new jail, pay for new EMA radios, transportation projects and more.

ALAMO: The city in Wheeler County will choose a mayor, between Pamela Bess Lee and Stephen Wesley Keen.

WILKINSON COUNTY: Voters will decide on a county SPLOST, including projects for the county and for the cities of Allentown, Danville Gordon, Irwinton, Ivey, McIntyre and Toomsboro.

McINTYRE: There are two city council races; Deborah Osborne and Eugene Moore are running for Post 1 and Jerry Shinholster, Katherine Scott, John Carswell and Rico Myrick are all running for Post 2..

RELATED: After thieves get away with 'critical' voting machines, state opens investigation