The campaign is also insisting the recount include signature matching. 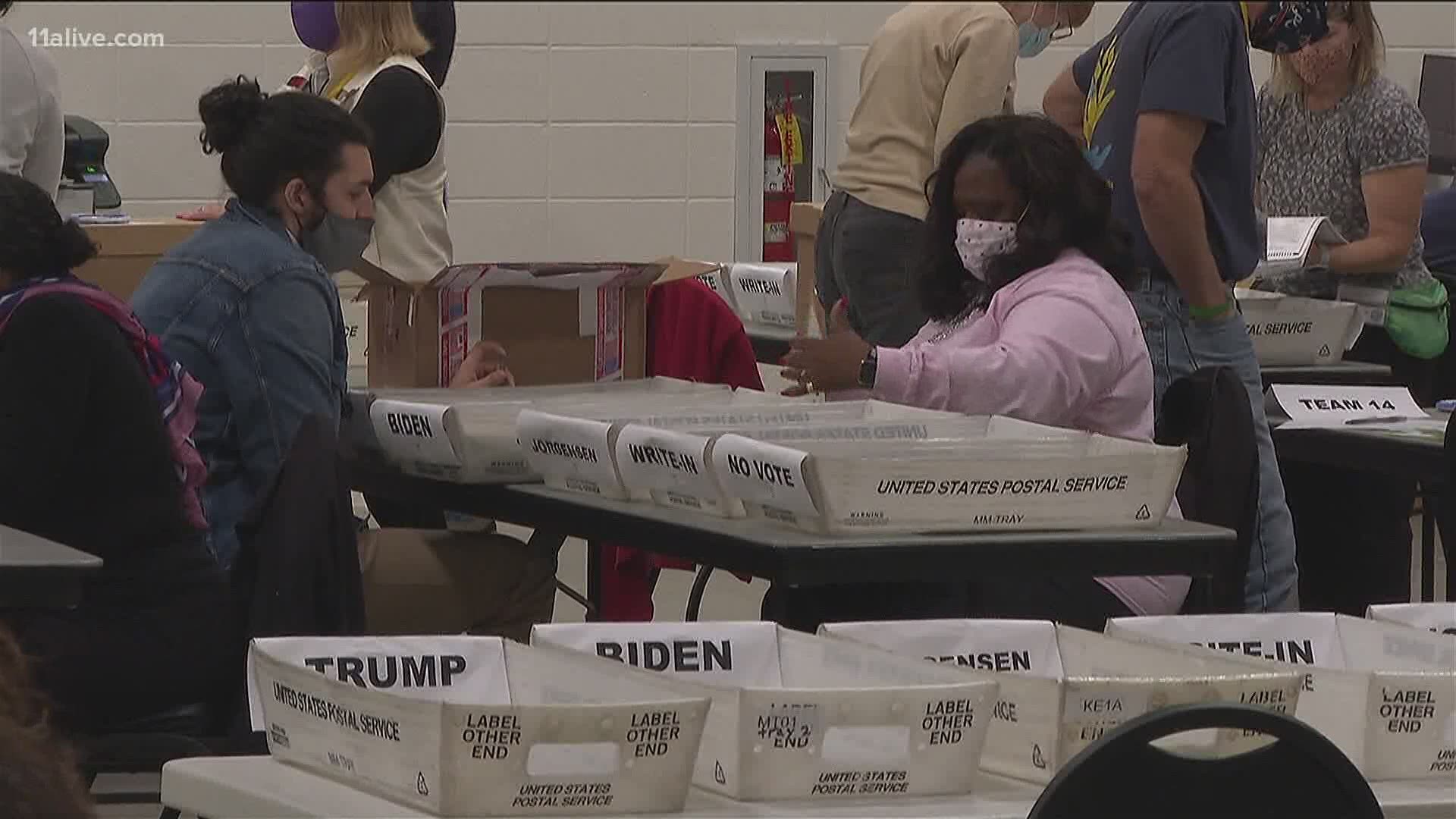 ATLANTA — President Donald Trump's campaign says it has officially filed for a recount in Georgia - a state in which president-elect Joe Biden currently holds a narrow majority.

Roughly one day after the election results in Georgia were officially certified by Secretary of State Brad Raffensperger and formalized by Governor Brian Kemp, Trump's campaign announced it had begun the process of requesting the recount.

However, in addition to the recount request, they are also insisting that other measures be taken during this process.

RELATED: Who pays for a candidate-initiated recount of ballots in Georgia?

"President Trump and his campaign continue to insist on an honest recount in Georgia, which has to include signature matching and other vital safeguards," the campaign said in a statement. "Without signature matching, this recount would be a sham and again allow for illegal votes to be counted."

The campaign further suggests that, without signature matching, the recount "would be a sham."

The campaign has continued to make allegations in Georgia - and across the country - of widespread voter fraud and irregularities in major states where Trump's opponent, Joe Biden, holds a lead. However, these claims have been met with limited success in the courts.

The state recently completed an audit of votes by hand which did tighten an already narrow gap in favor of Trump, bringing him within about 12,000 votes of Biden's current lead.

However, opponents to that count also suggested that Republican monitors weren't allowed to properly witness the process.

The machine recount would not take as long as the hand audit, and would likely reaffirm the existing totals.

According to the Secretary of State's office, the losing candidate is not responsible for any of the costs associated with the recount.

Those costs would be carried by election officials, which, in turn, would be passed along to Georgia's taxpayers.