Monroe County and Peach County election officials say the voting process has been smooth and the turnout has been greater than anything they've seen. 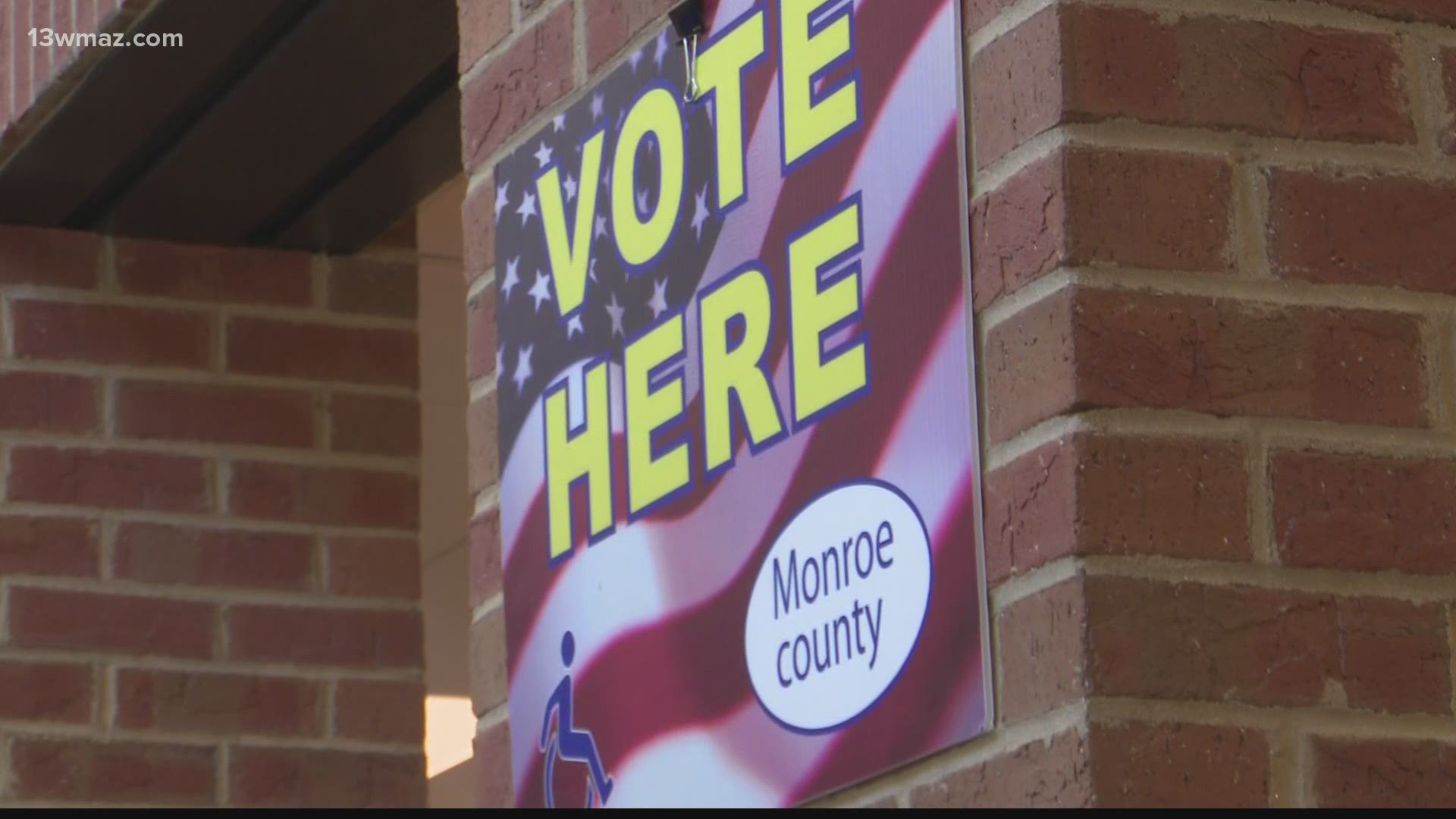 Keith Moody has lived in Monroe County for 23 years and he says he's always had to wait to vote, but on Tuesday, he got to walk right in.

"I didn't wait at all. I think it's great, I think they have a great setup. They've got the lock boxes where you just slide your ballot in after you are done with it," Moody said.

Rosalyn Harbucks, with Monroe County Elections, has been working the polls for over 15 years.

"We've seen a much bigger turnout. It's much faster. It's been really interesting, everyone is anxious to make sure that their vote gets counted." Harbucks said.

Adrienne Ray, the Elections Supervisor, says she's happy with how quickly they're getting voters in and out.

"I liked it. It was really smooth and for this to be during a pandemic, I feel like it was very nicely separated," Ward said.

Both Harbucks and Ray say that this is the biggest turn out they've seen in a while.

"We know that we've voted over 1,700 people in the county so far," Harbucks said.

Harbucks and Ray said because so many people are voting at once in Central Georgia, the systems were slower than usual, but other than that, they have faced no other voting problems.

A voting poll worker in Jones County and she says that between Tuesday and Wednesday they've helped over 900 people vote and that they will keep working hard to get people in and out the building.