Gabriel Sterling in the Secretary of State's Office said the consent decree that's been a sticking point of the president's did not change the law. 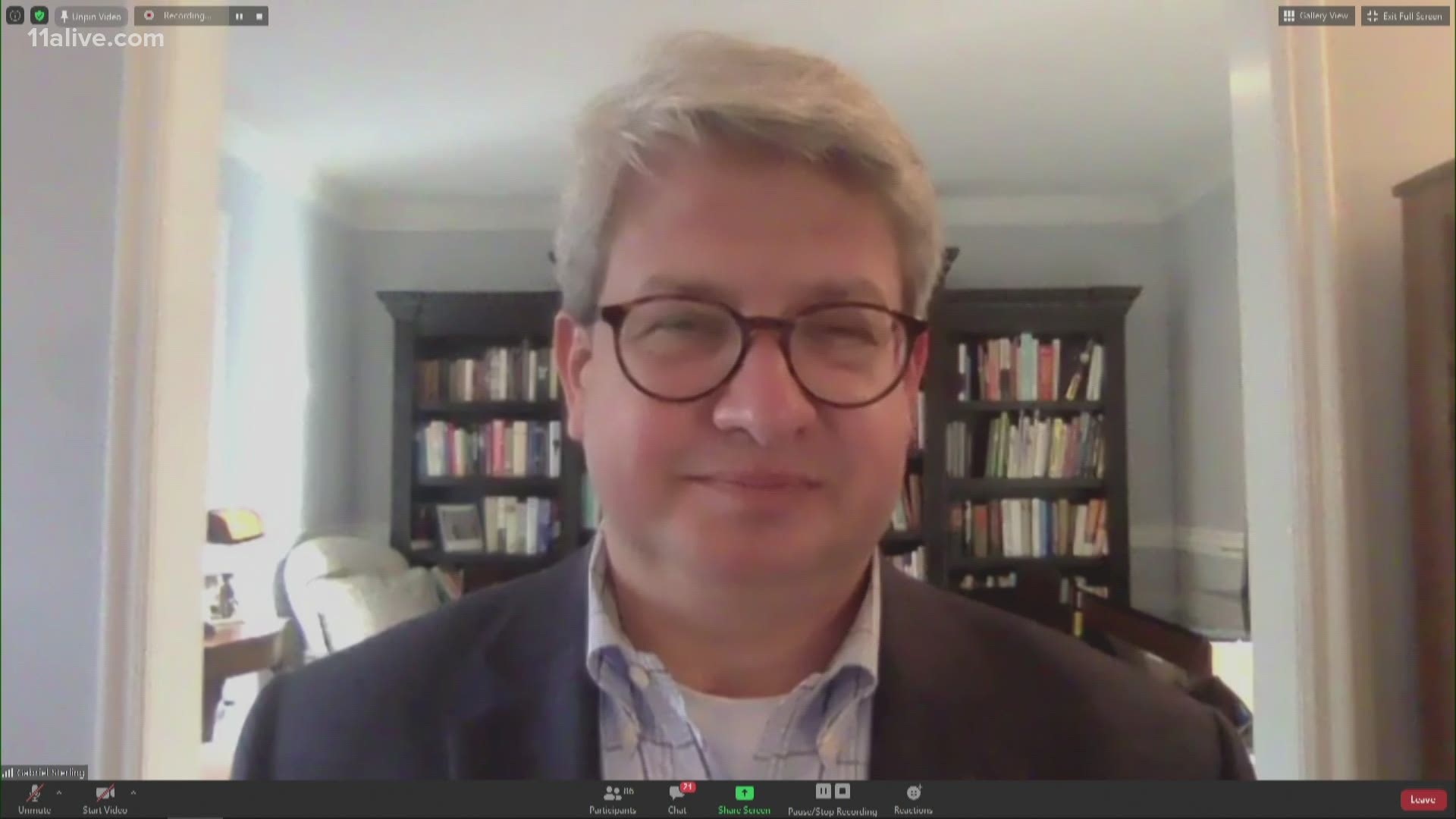 ATLANTA — The "consent decree" in Georgia is something you may have noticed the president tweeting about lately, in his effort to cast the state's election as illegitimate.

It's a bit of a dense legal matter, and easy to get confused quick if you try to break it down, but on Tuesday an official in the Georgia Secretary of State's Office explained why he thinks the president is "flat out, 100 percent, four square wrong" in his conception of the decree.

First, a little about the decree: It was an agreement struck earlier this year between Sec. of State Brad Raffensperger and a grouping of Democratic organizations to settle a lawsuit by the Democrats against Georgia over, generally, how signature matching is done.

It is at the heart of a lawsuit by a prominent Atlanta attorney, L. Lin Wood, against Raffensperger in an attempt to stop him from certifying the state's election results. (You can see the suit itself here, and the decree starting on page 43 of that link.)

The suit argues that, with the agreement, Sec. Raffensperger unilaterally and illegally changed Georgia law. Gabriel Sterling, the Secretary of State's voting systems implementation manager, basically laughed that argument off on Tuesday.

"The consent decree - he's just wrong, he's just flat out, 100 percent four square wrong, " Sterling said. "The consent decree literally – all we did was send out an 'official election bulletin,' telling people, 'hey follow our rules and how we already do signature match.'"

He argued the only substantive change in policy - a policy subject to the discretion of the Secretary of State's Office - was how people should be given notice if their ballot was rejected.

It was changed to give them notice within 24 hours, if that ballot was rejected within 11 days of the election.

RELATED: More than 2,700 uncounted votes discovered in Fayette County on a memory card

The suit brought by Wood is arguing the consent decree amounted to a unconstitutional change of election law, which the U.S. Constitution delegates authority over to state legislatures - in Georgia, the General Assembly.

"It's just wrong, it's confusing to people, and people wanna believe it because the president's saying it, but this consent decree literally didn’t do anything and change the law with how we do signature match," he said.

The Secretary of State's Office has argued it made signature matching even stronger, by adding it as a requirement at the ballot request stage.

"On that one he's just wrong, and it's just confusing to people," Sterling said. "I wish they would understand what the consent decree action did, and what our law actually says, and the practices that our office actually does."

He also noted how allies of the president have also confused the matter by claiming a 3% figure for ballot rejections in 2018, and noting that it was much lower this year.

That, Sterling said, was comparing apples and oranges - the 3% figure was the total number of rejections ("the vast majority of that 3% is the ballots that show up late," he said) versus the number specifically rejected for a signature issue.

The percentage of ballots rejected for signature issues in 2020 has been reported by the Secretary of State's Office at 0.15%.