More than 2,700 uncounted votes discovered in Fayette County on a memory card

The votes produced a net gain of about 400 for President Trump. 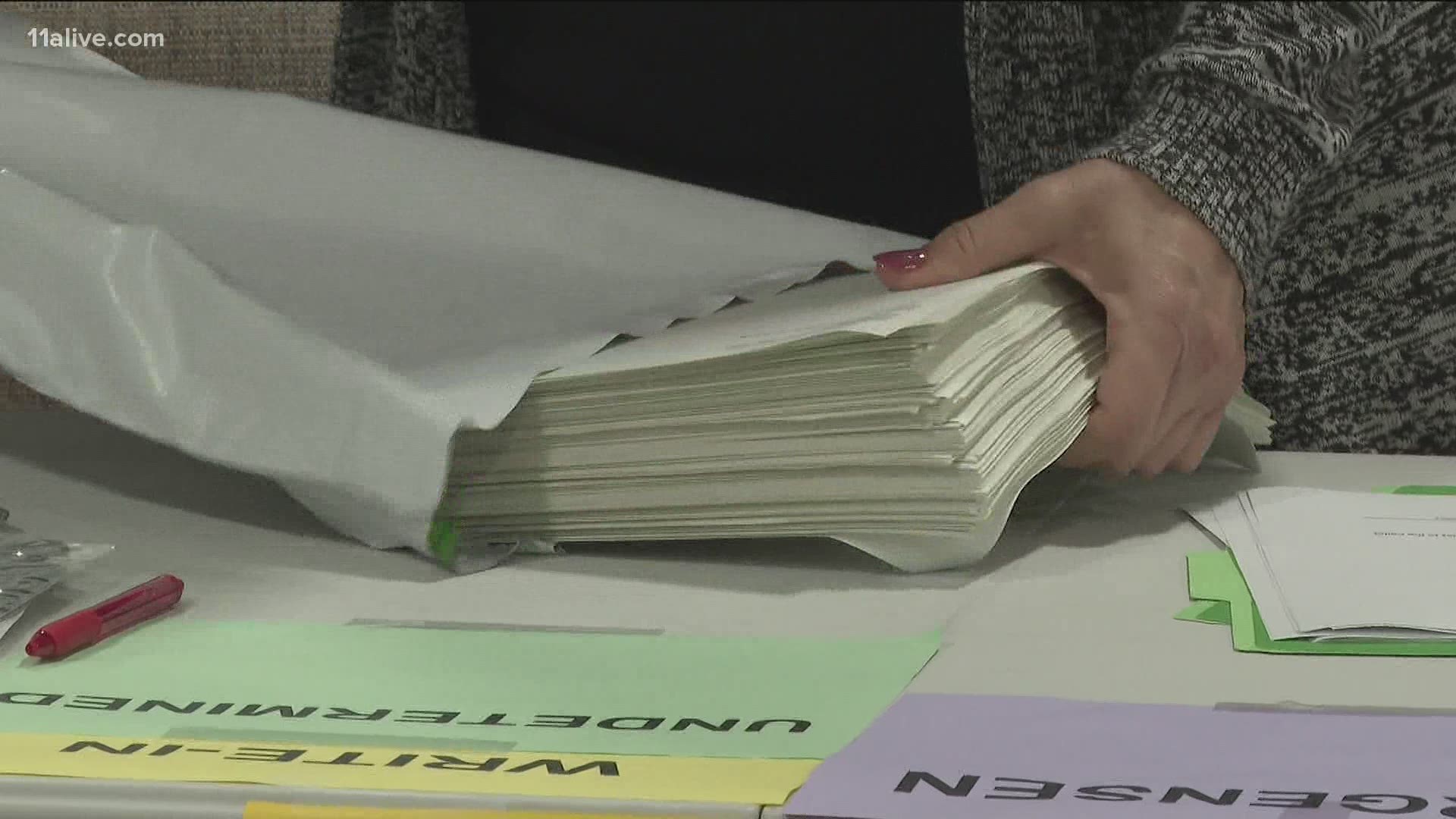 ATLANTA — The Georgia Secretary of State's Office said on Tuesday said that more than 2,700 uncounted votes had been discovered on a Fayette County memory card.

Election officials had suspected the memory would be found, Gabriel Sterling in the Secretary of State's Office said, because the amount of people the county had checked into vote was higher than the number of total votes they were reporting on election night.

The hand-count audit that's been performed over the last week, Sterling said, confirmed the officials' suspicions.

The breakdown in the votes provided a net gain of about 400 for President Trump, with 1,577 going to him and 1,128 going to Joe Biden (plus a few dozen for Libertarian candidate Jo Jorgensen and write-in candidates).

This situation differed from one reported last night in Floyd County, Sterling explained, because in Floyd County the ballots were literally sitting in a box off to the side and no one ever knew they were there, until the audit.

In this instance, the votes had been scanned and recorded, but left on a memory card that was not uploaded into Fayette County's total.

Through the hand-count audit process, they were able to count the exact number of ballots submitted in Fayette County and realize that, indeed, there were 2,700 more votes in Fayette that had not been reported into the total.

Sterling said Fayette County, like Floyd County, will now be able to revise its total and re-certify its election results.

Sterling, the Secretary of State's voting systems implementation manager, framed this as an example of the audit process working as intended - to uncover and fix small discrepancies where they may have occurred.

He added there may be a missing memory card in Walton County, with about 244 votes on it, that they're working to confirm as well.