The secretary of state referred to the practice as "line warming" - i.e., warming up the people in line to your position as you give them free pizza, for example. 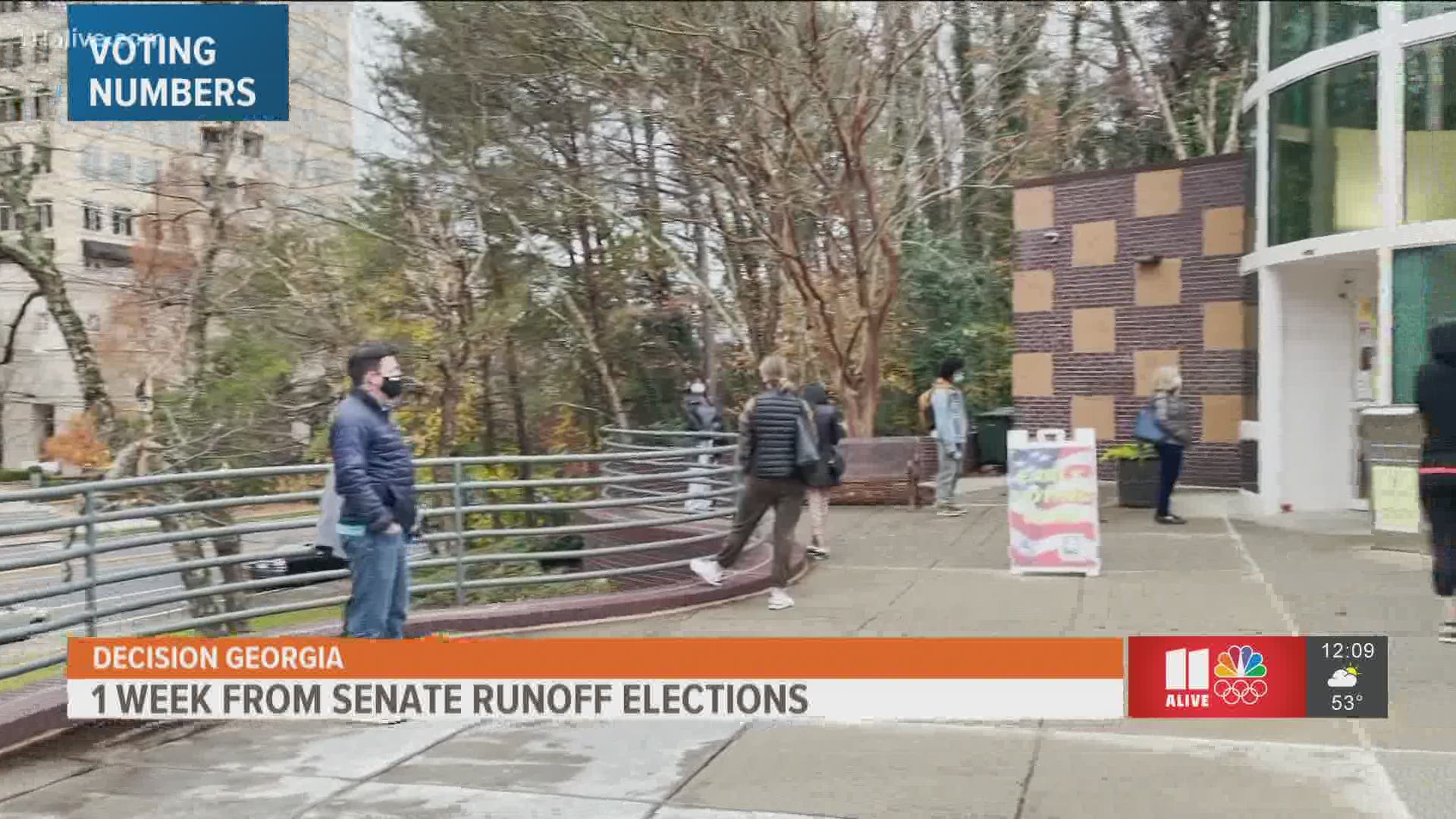 ATLANTA — The Georgia Secretary of State's Office says it will crack down on groups that give stuff to people in voting lines, such as food or bottles of water, calling the practice a "loophole to conduct political activity in violation of state law."

Georgia Sec. of State Brad Raffensperger issued a press release on Tuesday saying the practice would come under increased scrutiny, after becoming fairly common in recent voting cycles - usually, coming in the form of donations in response to reports of long voting lines.

The secretary of state referred to the practice as "line warming" - i.e., warming up the people in line to your position as you give them free pizza, for example. Raffensperger said that the practice can be used to "inappropriately influence voters in the crucial final moments before they cast their ballots" and that voting line giveaways "violate the protections Georgia law has placed on campaigning near a polling location or voting line and the prohibitions on providing rewards to voters that were enacted to stop pay-for-vote schemes."

He did not cite any recent complaints about the practice.

The secretary's release pointed to Section 21-2-570 of the Georgia Code and said that "offering food, drinks, or other items of value to voters waiting in line who have already voted is forbidden under Georgia law."

The secretary also pointed to Section 21-2-414 which prohibits soliciting votes or other forms of political activity within 150 feet of a polling place or 25 feet of any voter standing in line.

It's not clear giving away pizza or bottles of water would qualify as that same kind of activity. The law explicitly mentions a number of strictly political activities that are prohibited within those restricted zones - such as exit or opinion polling, or distributing campaign materials - but does not say anything about goodwill activities, such as giving away food, even if done by political groups.

Raffensperger said in a statement that, "Political organizations looking to game the system should be forewarned that we will not tolerate efforts to electioneer near polling sites in violation of the law.”

He said he is sending out an Official Election Bulletin "reminding elections officials that Georgia law establishes a buffer zone around polling locations to 'create an atmosphere of calm and non-interference for voters who are contemplating exercising one of their most basic constitutional rights.'"